If there’s one (of many) elements that makes Nintendo’s Legend of Zelda series so utterly enduring, it’s the games’ beautiful scores, which embody the spirit of dangerous adventure without ever losing the natural charm of the Zelda universe and its characters.

Link’s Awakening is a perfect case in point, and fans of that particular entry’s classic score might want to take a look at this brand new soundtrack set, which is coming to Japan next month.

The Legend of Zelda: Link’s Awakening Soundtrack is a smart four-CD set which contains a huge 205 tracks in total, taken from both the 1993 Game Boy release and the 2019 Nintendo Switch remake, with each release receiving two CDs of wonderful, nostalgic music from composers Minako Hamano and Ryo Nagamatsu. The CDs come housed in a sleek collector’s box, featuring the Japanese sleeve art for both games. 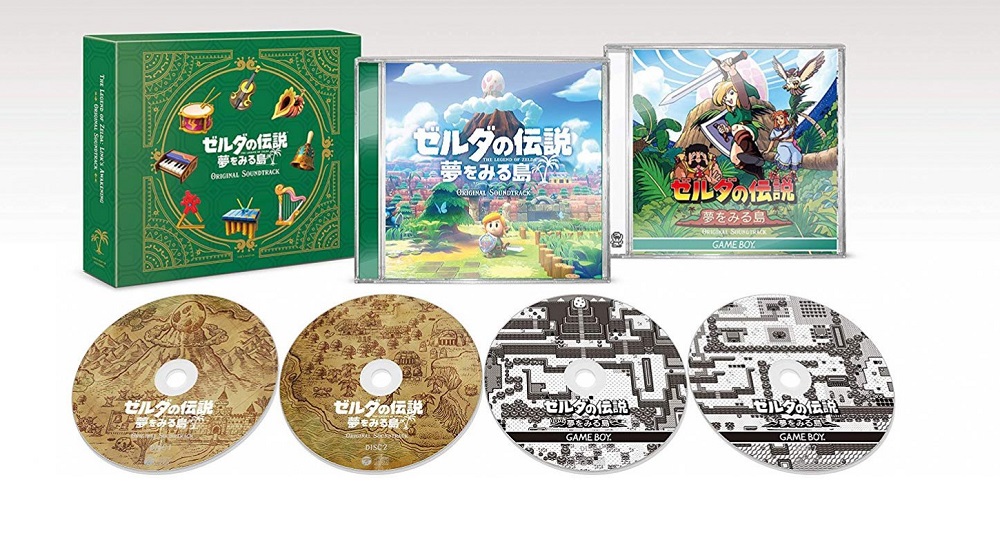 Although there are currently no plans to release this set in the west, import sites such as Play-Asia are already taking pre-orders for international customers. The Legend of Zelda: Link’s Awakening Soundtrack costs around $50 USD, (not including shipping or any potential customs charges), and will launch on March 23.

The Legend of Zelda: Link’s Awakening is available now on Nintendo Switch.