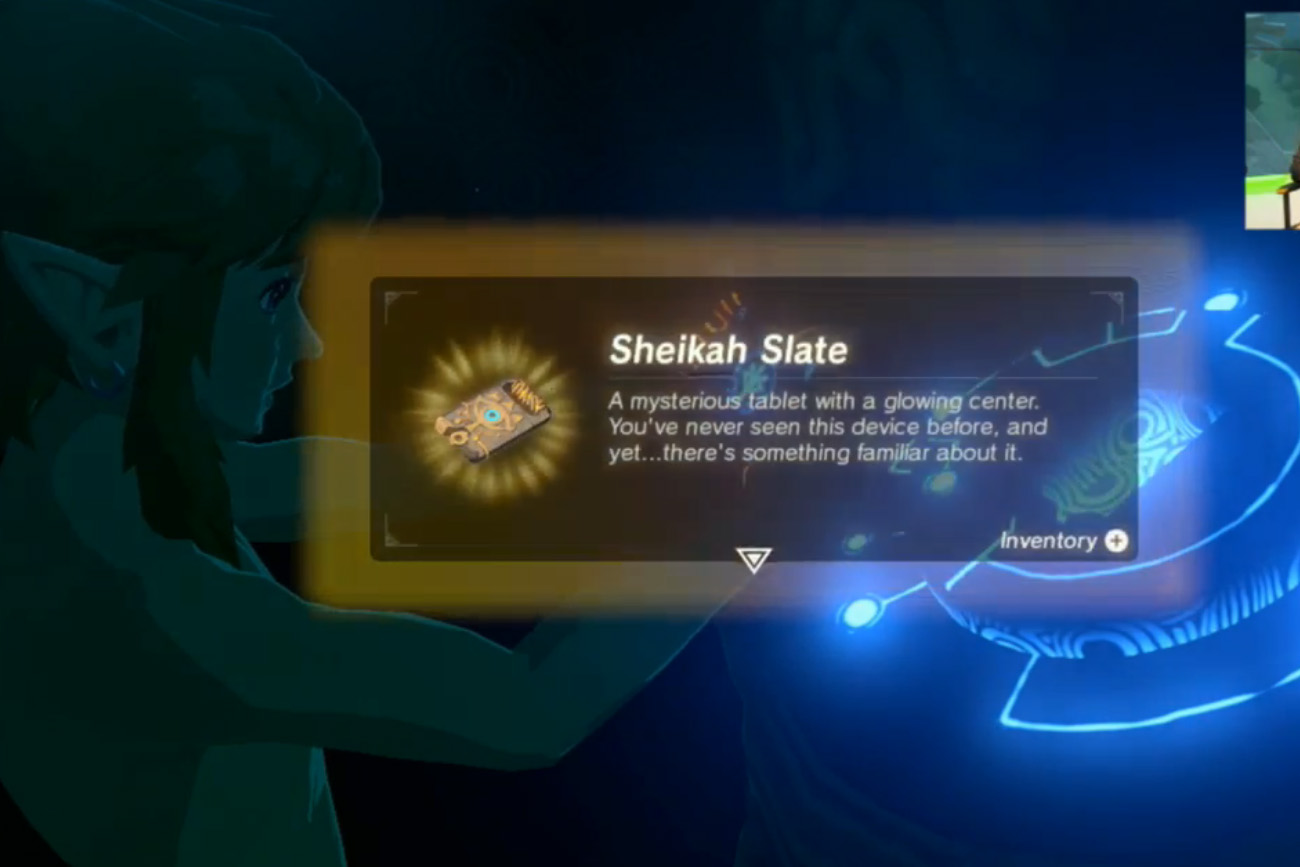 No more hearts in the grass either!

Nintendo is basically going to stream The Legend of Zelda: Breath of the Wild for most of the day, and man is it going whole hog on new footage and revelations. Eiji Aonuma is on hand during the stream to shed some insight into the project, explaining that due to “tradition,” Link will start after waking up in a mysterious location — but the open world seems to begin within minutes. No hour long Twilight Princess intro? Good, good.

The game will heavily focus on “technology,” Link can jump for the first time in a 3D Zelda without the use of an item, he has a stamina meter, can forage for food and items (climbing trees for apples was shown), and there’s a new more traditional RPG equipment system that heavily focuses on clothing. Plus, weapons will break, have stats, and you can pick them up off enemies — stealing weapons as your own seems to be a big part of the game. Hearts are no longer in the grass, and you need to eat food or use items to recover health.

As for the clothing, “Link can go naked if you want,” Aonuma says. You can see the E3 demo location in the map below, as well as a bigger example of the massive scale when zoomed out (marking waypoints with binoculars looks rad). Checking out enemy health meters by way of a scope is also a very…Far Cry thing. Familiar faces are returning, too!

I’ve captured some pertinent screens from the gameplay demo, so feel free to peruse.