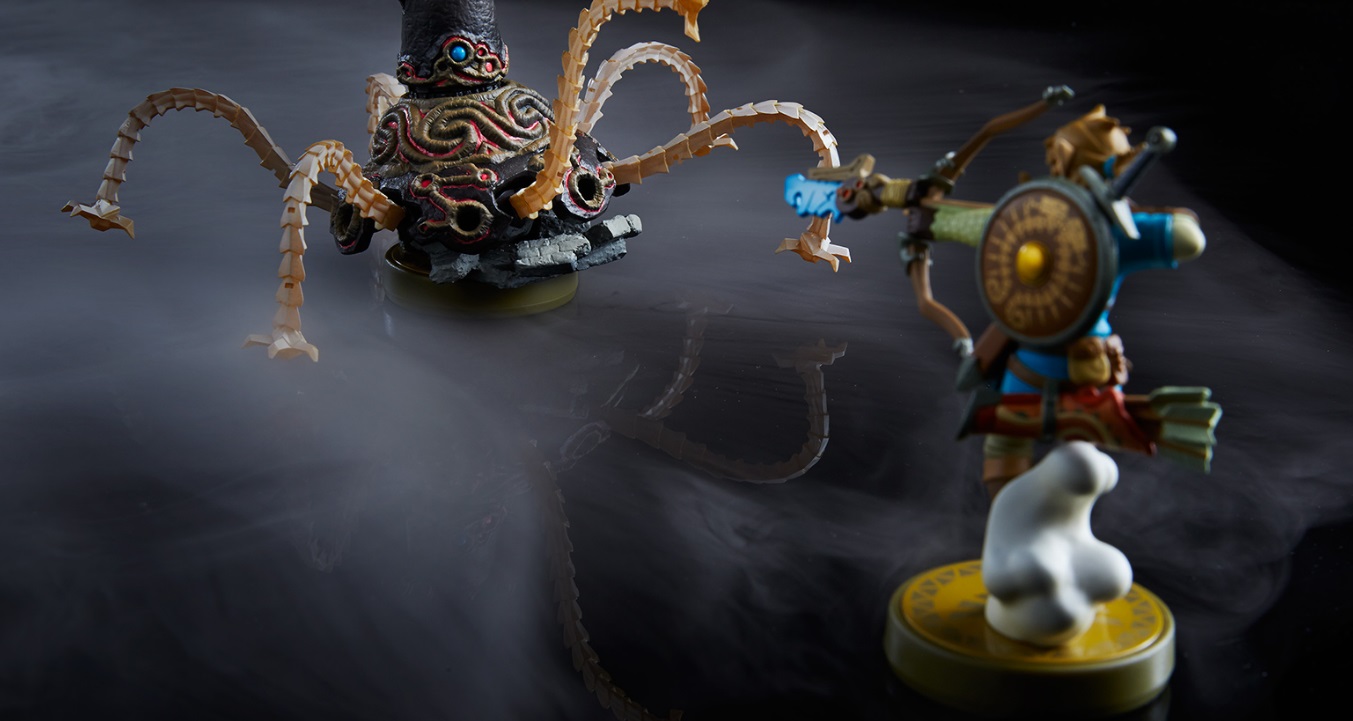 Wolf Link can be an NPC

[Update: Nintendo showed off some new amiibo footage in their Zelda stream. According to Nintendo of America’s Bill Trinen, Link is “exploring alone,” and based on his wording, Wolf Link seems to be the only companion available. Get a look at him in action in the gallery below.]

Nintendo wowed people with The Legend of Zelda: Breath of the Wild today, and naturally, with big announcements come big amiibo announcements.

By way of a low key email to press, the publisher explained that the new iteration will be getting its own amiibo line, indicating that multiple figures will be released. This includes “Link with a bow,” “Link on horseback,” and a “Guardian,” which Nintendo says is the first amiibo with “flexible parts.”

Twilight Princess‘ Wolf Link, as previously announced, will work too, but it has a pretty cool newly announced feature — Wolf Link will attack enemies and help players hunt. He’ll sport three hearts, and if you carry over save data from Twilight Princess HD, he won’t disappear when his health runs out. Uh, wow. This sounds like the first “must have” amiibo so far if this works as well as it seems to. A fully fledged companion NPC? Crucial.

Oh, and in other amiibo news, Daisy, Waluigi, and Boo figures are coming (Boo glows in the dark), and “new poses” for Wario, Rosalina, Donkey Kong, and Diddy Kong are coming. Shameless repackaging, ho!

Our full list of every amiibo ever created has been updated here.