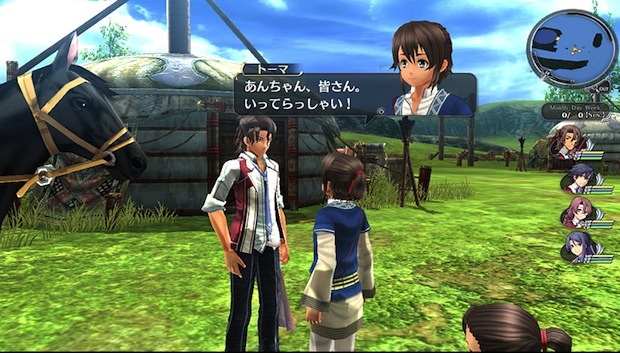 The Legend of Heroes: Sen no Kiseki is still in the works for Japan for the PS3 and Vita, and after looking at the great new screenshots in the newest update of the official website, I’ve decided to just be happy for them. I mean, as a Legend of Heroes and Falcom fan, I want the game, but it’ll probably be years before we see a localization.

Japan gets it later this year, and from these shots they should be excited. This is the best looking LoH game yet, with cute characters set in a lovely world. 3D works!

Feel free to poke around the official site, where you’ll see new characters Claire and Gaius, as well as some new locales.