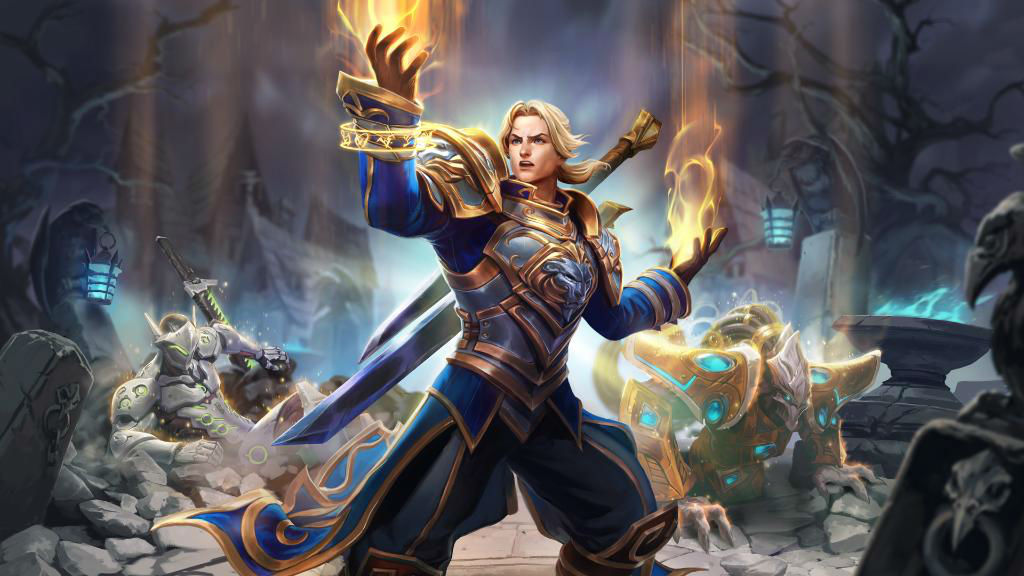 Out now in PTR

Several months ago the existence of the Heroes of the Storm character Anduin was leaked from an international arm of Blizzard. The Heroes team kind of brushed it off, noting that he’ll come when he comes: welp, he came.

My fellow Alliance members (disclaimer: I keep max-level characters for both factions), that day is today, at least as far as the PTR (public test realm) is concerned. By hopping onto the proving ground server you can try out the new healing-heavy hero, who sports a kit very similar to Uther’s Paladin ways, with the gain gimmick of a trait ability that allows Anduin to pull allies to him to save them from peril (granting them unstoppable in the process). Yep, he has an 80-second cooldown unstoppable as part of his base kit: not bad.

Other odds and ends include an Anduin bundle, a new skin for Varian (his father), an Anduin announcer, another mount, and a handful of bug fixes. While Heroes isn’t as pressing for Blizzard as it once was I still get a thrill out of diving back in on a regular basis. A holy healer might seem like a dull addition for some, but Anduin is completely my aesthetic. He also had to make an appearance at some point, so it may as well be now.