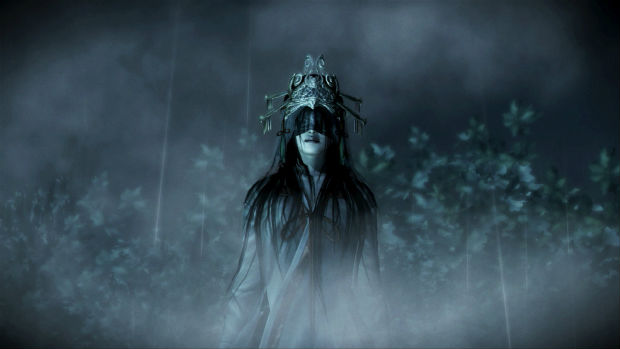 No, it’s still not being localized

After brief glimpses, box art, and screens, we’ve finally got another look at the upcoming Fatal Frame: The Black Haired Shrine Maiden in the form of this trailer out of TGS 2014.

The trailer does a decent job of building the tension we’ve become familiar with as far as the Fatal Frame games, but then the strangely uplifting theme song “In This Cage” from Tsuki Amano sort of ruins any creepiness I felt during the first half.

I’m sure there will be plenty of horrific scenes to come, but if I had gone into this straight without any sort of background on the Fatal Frame series, I’m not sure this trailer would have sold me on it, as it feels quite run of the mill.I’d still play it, of course, if it happened to make its English debut!