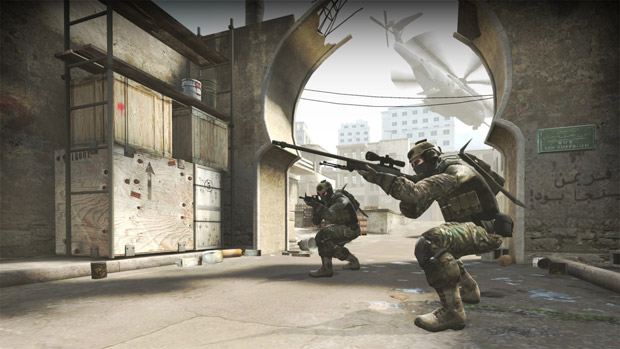 More resources to improve your skills

If you dig Dota 2‘s in-game spectator options, you’re going to want to revisit Counter-Strike: Global Offensive. This week’s update adds the WATCH menu, which is where you can view live streams featuring high-ranked members of the CS community, download and watch your recent matches, and review your personal competitive history.

A worthwhile addition to a game I’m glad to see receive continued support, both from its developers and also players who have stuck with it. While you’re in the Counter-Strike mood, the Operation Bravo collection of community-made maps is half price this weekend.

[UI]
– Added the WATCH menu
— Watch live, in-progress matches played by highly-ranked CS:GO players
— Access your match history and review the scoreboard for your previous matches
— Download and watch any of your recent matches.
— Select ‘GOTV Theater’ to watch a continuous stream of live matches.
– Pausing/disabling of the GOTV autodirector has been reverted to the old behavior.
– Fixed a bug that allowed you to see the other team’s weapons in a competitive game via the spectator menu if you were the last person to die on your team.
– Fixed a case where spectator weapon panel would be missing the weapon in GOTV and demos.
– Fixed a case where the code version of the weapon name would show up in the freeze panel.
– Fixed the Team Value numbers not switching properly after halftime in GOTV or demo playback.
– The bomb icon is now colored in the spectator view so it’s more visible.