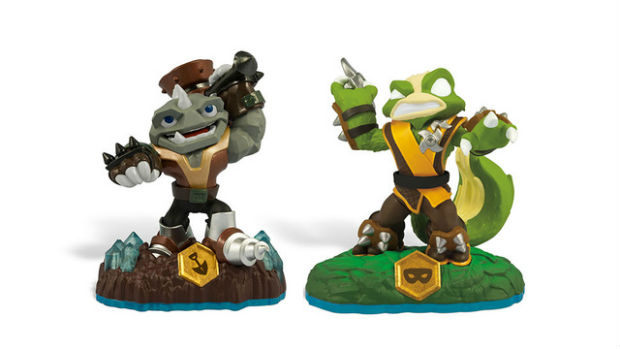 If you haven’t been following Skylanders, the game requires specific physical toys to unlock content. Not only does each character have a unique challenge, but they also have particular elemental powers (to unlock certain gates), and in Swapforce, a few characters have different “movement types.”

Activision releases toys in waves, and last week marked the final distribution. Kotaku reports that the last two figures needed to 100% the story mode (Rubble Rouser and Stink Bomb) have been released. No matter how you feel about locking content behind physical toys, you have to admit this whole marketing scheme is pretty genius.

Skylanders: Swap Force Finally Gets The Toys Needed To Finish The Game [Kotaku]