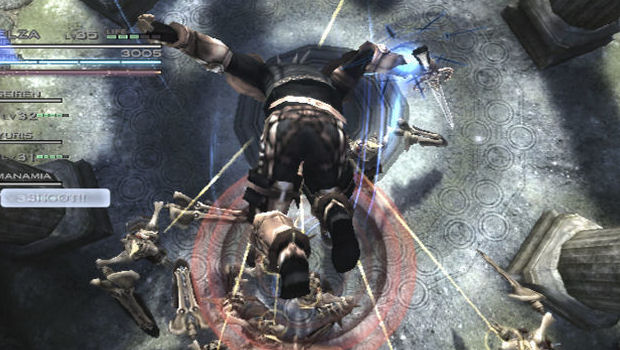 Last night, Mistwalker and Nintendo were showing The Last Story, giving us our first in-depth look at the battle system and showing off a bunch of new assets. We’ve got the screens and a video demonstration of the battles, and all I can say is … this looks absolutely terrific.

As you might have already seen, battles are performed in real time, and it seems that they’ll be very action packed. While you control main character Yuris, performing melee and “magic circle” attacks to exploit weaknesses, you can have companions shout at opponents to distract them, as well as give them direct battle orders.

The magic looks to be an integral part of the game, and have rather cool effects. Wind, for example, can blow away an enemy’s heal spell. A lot of it conforms to action game standards — real-time weapon changes, minor QTE attacks, etc. It appears the game will be a lot less of an RPG and far more interactive than most RPGs, even ones that lack turn-based combat.

As well as the new assets, The Last Story updated its site with some new music from Nobuo Uematsu and yes, it’s quite good.

Now all that remains is for that all-important North American date. I literally will not stand for being unable to play this!