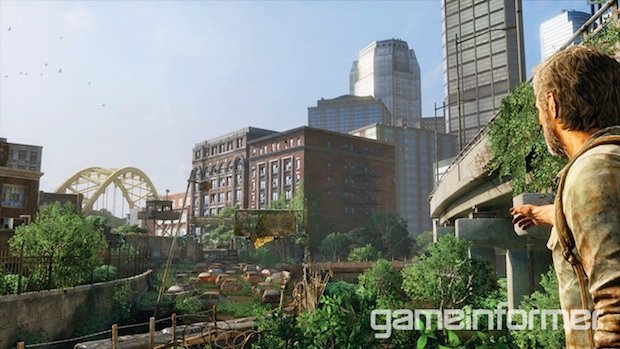 At least part of Naughty Dog’s upcoming game The Last of Us takes places in Pittsburgh, Pennsylvania. Popular Science magazine ranked Pittsburgh at #3 on their list of the 10 dirtiest cities in the world. GQ magazine called it the “third worst-dressed city in America” last year. This poor city ranks on on several other worst lists, though it somehow also ranks on America’s “most livable” cities. Still, some call it “Shittsburgh.” This is the finest city in the universe.

Game Informer says that a screenshot with a yellow bridge in it confirms that Pittsburgh is at least one of the post-apocalyptic backdrops for the game. They also say that combat includes both gunplay and melee attacks, and that weapons will break after some use, so you’ll have to hunt around for new ones.

In related news, The Last of Us is not about escorting Ellie around. GI reports that her AI is one of the dev team’s main areas of focus, and that she managed to keep up and stay out of the way during their play session.