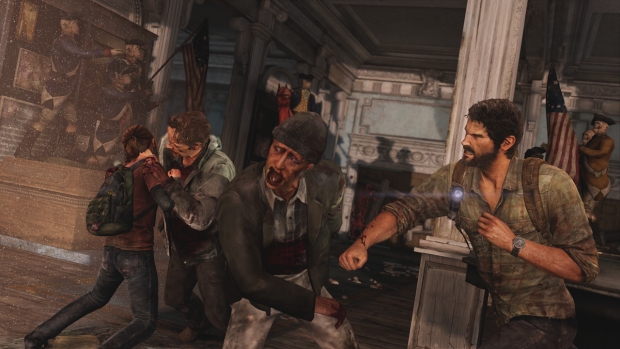 While MeriStation writer Javi Andres was attending a presentation that discussed the features of the new Last of Us Remaster on the PS4, a few details were presented that really give us a big picture of what to expect.

For starters, “all major add-on content” will be added to the game for sure, including the two multiplayer DLCs and the Left Behind story. All DLC will be Cross-Buy compatible between the PS3 and PS4 (nice!), and “additional” add-on releases are planned for 2014 — that’s pretty cryptic, but exciting for fans who want more (though I suspect small Assassin’s Creed style multiplayer updates here and there, and nothing major).

You’ll also find that it supports 1080p/60fps, but you can change the game to a 30fps mode if you want. Also, textures are four times more detailed, everything is upgraded basically (including the draw distances), there’s “expanded audio options,” you can swap the trigger and thumbstick controls, and there’s a commentary track featuring the game’s stars.

Yep, this is a decent upgrade.