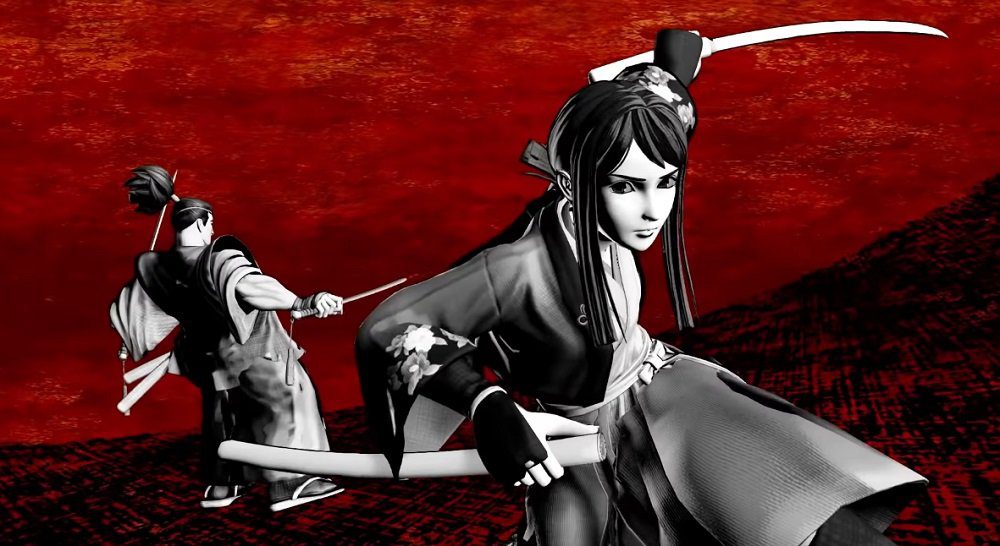 Two of SNK’s weapon-heavy fighters are getting set to lock horns next week, as Hibiki Takane prepares to cut a swathe of destruction through the roster of Samurai Shodown. The Last Blade‘s junior samurai will join the SamSho roster as a paid DLC  character April 28.

Making her debut in 1998 release The Last Blade 2, Hibiki is a young woman besieged by a spirit of artery-cutting vengeance. The daughter of one of Japan’s most famed swordsmiths, Hibiki travels the country seeking the mysterious silver-haired man whose strange requests lead to her father’s illness and untimely death. A mere 17 years of age, Hibiki has already chosen her path, and leaves a trail of bodies on its blood-stained cobblestones.

A quiet and reserved young woman, Hibiki fights with a very deliberate style. A master of “fast draw,” Hibiki’s blade remains sheathed almost constantly, only drawn at the precise moment of impact. This style gives Hibiki the terrifying aura of a coiled snake, perpetually waiting to strike with lightning in the blink of an eye. In my humble opinion, Hibiki is one of SNK’s finest and best-designed characters, her return to the fighting world is very welcome.