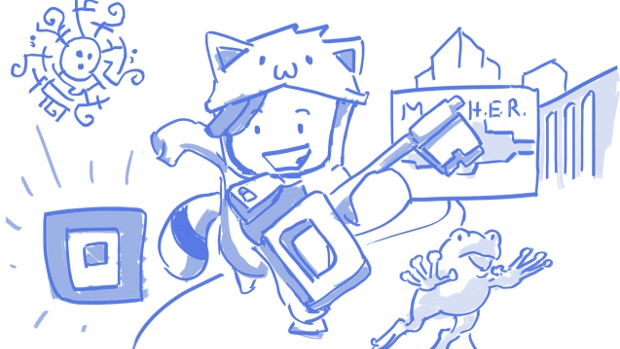 Happy Square Productions is only looking for $5,000 this time

Earlier this year we got a brief look at The Land of Eyas, which has Super Meat Boy-style platforming with a gravity switching mechanic, as well as a kid in a cute cat suit. At the time, it was seeking approval on Steam Greenlight and it had just launched a Kickstarter campaign with a goal of $10,000.

The original run fell short of that goal, managing to raise only $4,378 in pledges before its time ran out. It has now been approved on Greenlight, and it is back on Kickstarter with a goal half the size of the previous one. $5,000 is still a bit more than it managed to gather with its first campaign, but it is nearly halfway there with three weeks remaining, so it looks like it might work out for the studio this time around.

The Land of Eyas is scheduled for release on Linux, Mac, and Windows next summer, with Xbox platforms planned for later.