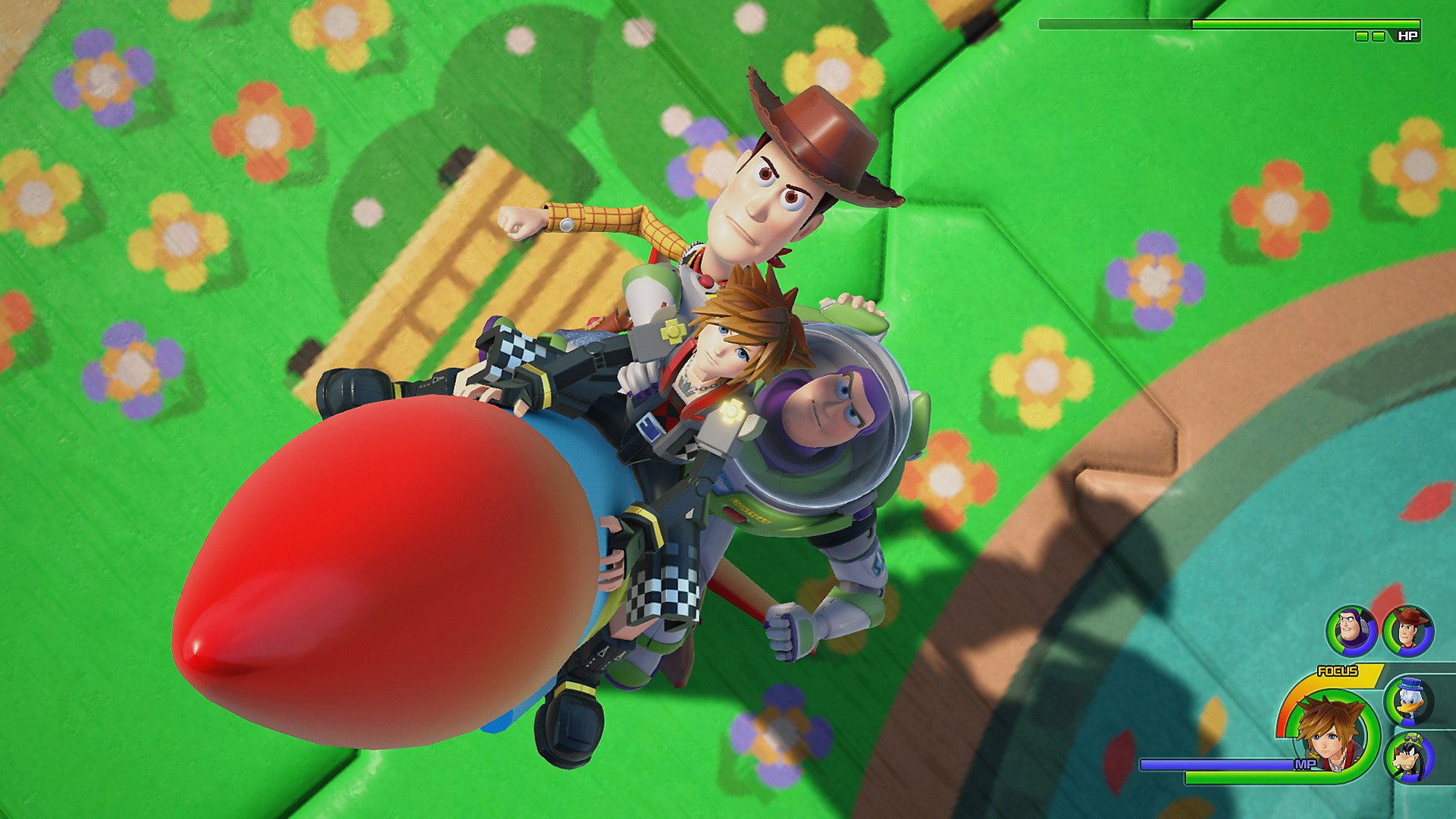 You can play the first half of the Toy Story zone

Is it possible to play Kingdom Hearts III with little to no context or history? Yes. I’ve done it!

My first-timer experience was a total fever dream, to the point where I’m having a hard time accepting the fact that the game came out this year. I wouldn’t necessarily suggest making KH3 your first Kingdom Hearts, but if you do, you’re bound to love parts of it, loathe others, and feel a whole range of emotions.

If curiosity ever gets the better of you (as it did me), there’s now a Kingdom Hearts III demo on PlayStation 4 and Xbox One, and it includes the world I think Disney-loving Kingdom Hearts outsiders will appreciate most: the Toy Box World. That’s the one with Woody, Buzz, and a buncha mech toys.

The demo also features Olympus, which acts as a tutorial. I have a soft spot for Hercules, but nostalgia aside, it’s pretty tame. If you end up buying Kingdom Hearts III (especially as we enter sales season), note that only the Olympus save data will transfer to the full game, not your Toy Story progress.

It’s astonishing that this series is allowed to exist. Good on you, Nomura.