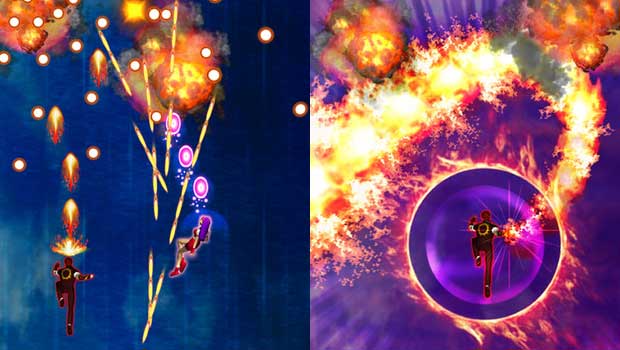 Among Microsoft’s 31 Xbox 360 game dump all over Japan, the most curious of the curious Xbox LIVE Arcade titles was revealed — SNK‘s The King of Fighters Sky Stage.

Yes, this is an overhead shoot ’em up featuring flying characters from the King of the Fighters universe. The 2D shooter will support two-player cooperative, and character-specific area attacks like Kyo Kusanagi’s flame burst. It looks like Athena Asamiya is also playable; no word if there will be a larger roster, but given the breadth of the series, it’s not out of the question. Famitsu has images of the bizarre shooter in action.

No word on pricing or release, outside of the general “2010” time frame revealed at the Microsoft’s Spring 2009 Japanese event. Whether or not this curiosity will make its way to North American is another story entirely.