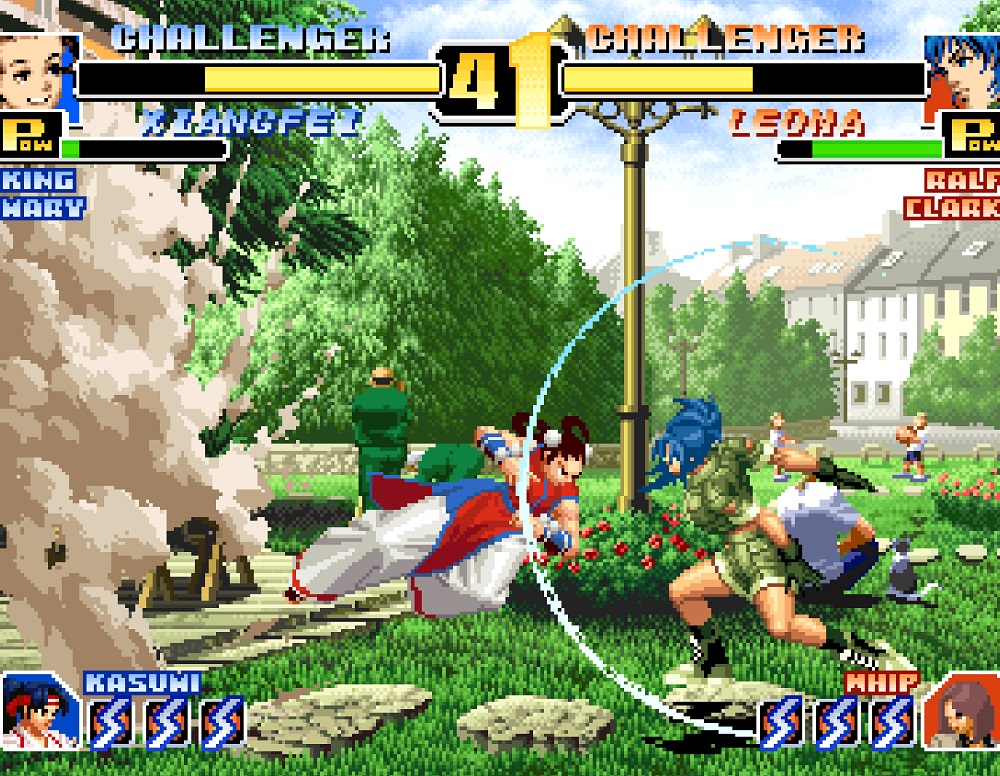 Hamster continue to roll out classic Neo Geo titles on modern platforms, with this week seeing the return of King of Fighters ’99 to PS4 and Xbox One.

KoF ’99 was SNK’s attempt to take the fighting franchise in a new direction, following the conclusion of The Orochi Saga and the non-canon KoF ’98: The Slugfest. The game introduces a new protagonist, the hilariously edgy K’, and brings shadowy organisation NESTS into the spotlight as new antagonists.

What follows is an interminable storyline in which everyone is clone, and others are clones of clones and… well, it’s just not very good. The game however, isn’t bad. For the first time in the series, players pick a team of four characters, with one member acting as the “Striker”, who can leap into battle as a Marvel-style assist.

The NESTS saga also introduces some cool new characters, such as Vanessa, Whip and Maxima. Xiangfei from Real Bout 2 also makes her KoF debut. Long time poster-boys Kyo and Iori were originally removed from the game entirely, in order to bring focus to the new characters, but were begrudgingly returned to the roster after complaints from fans at location tests.

King of Fighters ’99 is a neat entry in the series. In many ways it’s fair to suggest that you don’t need this unless you’re a completionist or if you already have KoF’s ’98 and ’02, but its still a unique entry in the series. KoF ’99 is available to download now Worldwide on Xbox One and in Japan on PS4.