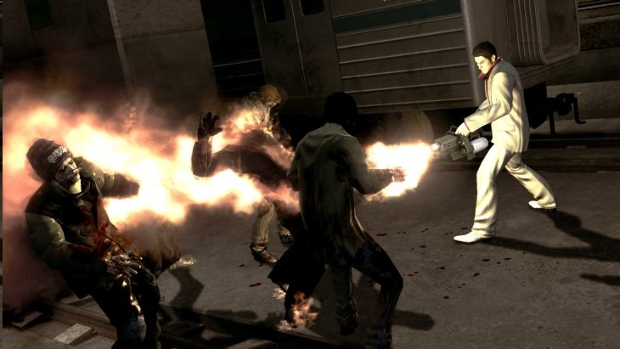 Sega has released new details on Yakuza of the End, releasing screenshots and offering additional info on special weapons in the game. These are items which you can find in specific locations throughout Kamurocho, including a stationary tank, a forklift and an experimental rail gun. And what would a game with zombes be without a chainsaw?

One of the coolest weapons shown is a pitching machine, which can hurl baseballs or grenades in four different ways. That sounds like it would be a lot of fun to play with. You can see screenshots of all the weapons in the gallery below.