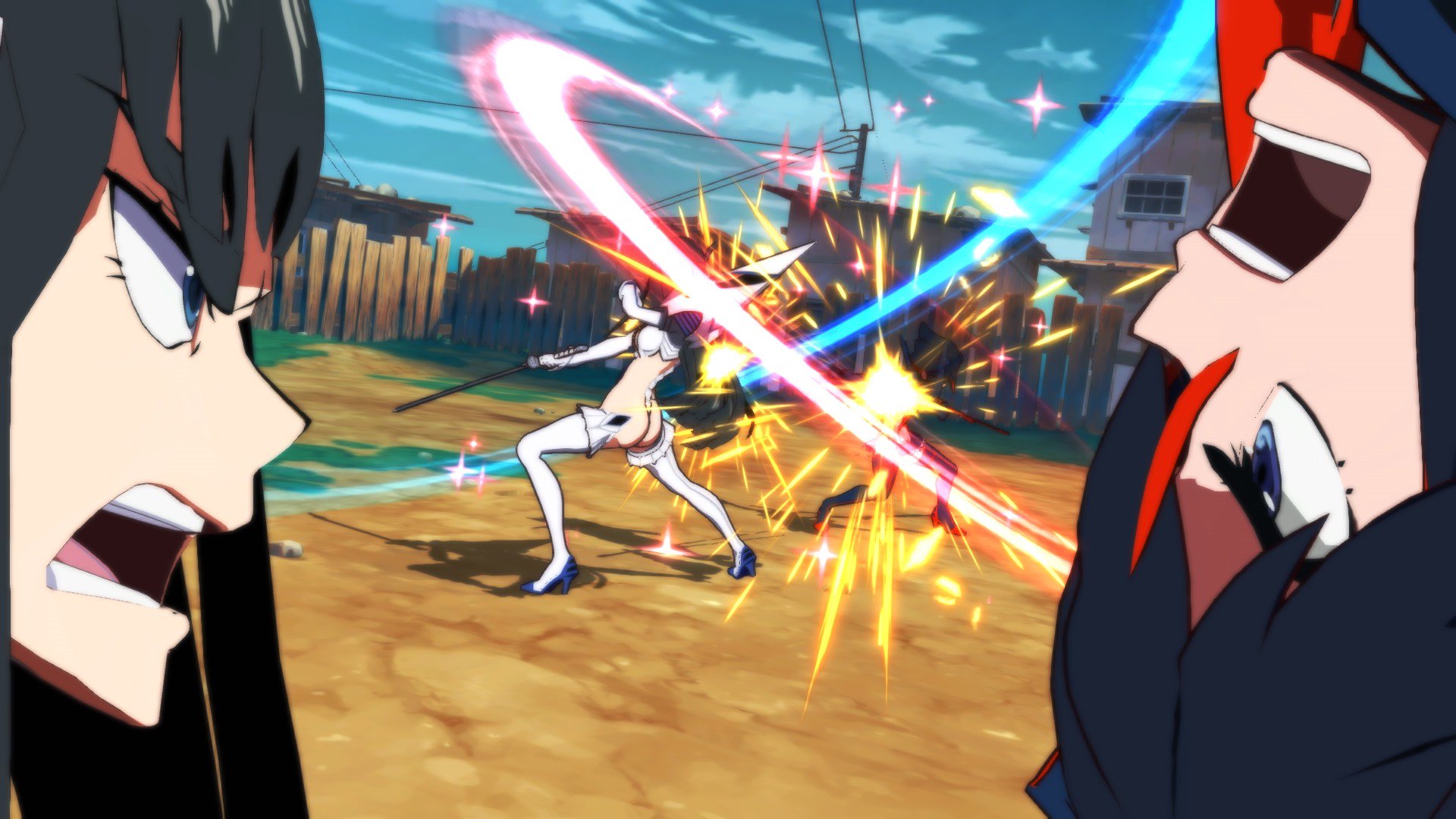 So there’s a Kill La Kill fighting game in the works. It sounds great right off the bat right? Well there’s a few things that have people worried.

First up there’s the rock-paper-scissor system called Ketsui Testament which is framed around trash talking. You pick one and if there’s a win or a draw fighters get powered up. Then there’s the fact that A+ Games is involved, who developed the less than stellar Little Witch Academia: Chamber of Time. I’m cautiously optimistic for this one.

To drill down a little bit more on mechanics 4Gamer spoke to producer Takeshi Yamanaka, and managed to showcase the general mentality of A+ Games with the project. Yamanaka says that they want the game to be rewarding even for those who are “bad” at fighters, but also have “additional challenges” for top level players. He also notes that the campaign will serve as a tutorial of sorts for the former group.

Fighters outside of Satsuki and Ryuko weren’t confirmed (that’s being saved for the “future”), and the contentious fixed camera angle showing both fighters is also here to stay, but the team will make it easier to read. We have a while yet until Kill la Kill: IF hits the PC and PS4 (it’s slated for sometime in 2019), but at least we know where the studio stands on who the game is meant for.