When you think of the word “trap,” what’s the first thing that comes to mind? If your psyche isn’t in the darkest depths of the catacombs, you’re probably thinking of a mechanical device with the purpose of inflicting harm up on another entity. How could that not bring joy to your heart?

For some reason, the prospect of out-crafting other AI and unsuspecting players cures me like a Black Forest ham. There’s a certain sense of accomplishment in luring people into traps that virtual shooting, stabbing, punching, or any form of maiming can’t replicate. It’s a shame that there aren’t more trap-setting games, because playing them is one of my greatest joys in gaming.

Mega Man. Prince of Persia. Tomb Raider. When you think of these games, many of you may be reminded of the numerous spike traps that led to the untimely demise of your digital avatar, and possibly the demise of your actual controller. Of course, one can only think of themselves in this situation, but what about the poor contractors that were conscripted in Dr. Wily’s army — the saps who actually designed those labyrinths? Are they not people too?

What if you could outwit your opponent with a combination of crafty cudgels and catapults? Of course, tower defense prides itself on setting up giant obelisks of power ready to crush your enemies with a single blow, but most of the time, you’re not fighting in the trenches in favor of an omniscient God-like overview of the battlefield. The feeling of actually being in the thick of things is another emotion entirely that a lot of people sadly miss out on.

While I could fill an ocean with my appreciation for trap-setting games, I’ll just share a few of my personal favorites that I feel exemplify my love for the genre. 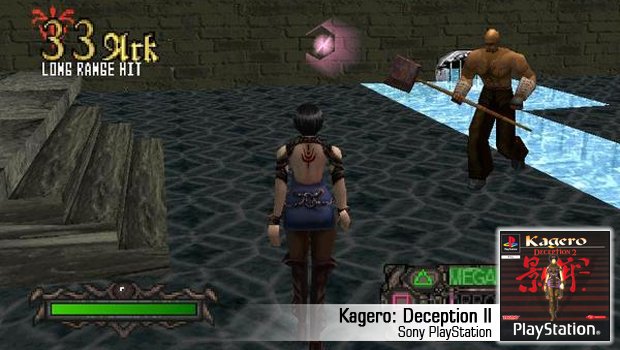 Imagine that you’re the keeper of a secret mansion — the sentinel for an undying, God-like race. Now picture a bunch of jealous humans trying to break in and mess things up for said Gods. As young slave girl Millennia, your loyalty is called into question as you balance the scales between those who wield power and those who seek it. That’s basically Deception II in a nutshell, and the result is an awesome explosion of trap crafting to the most epic Rube Goldbergian proportions!

Deception II, in essence, gives you a bunch of ground, wall, and ceiling traps and then sets you loose on a cavalcade of enemies from ninjas to mages to knights armored head to toe. The big tactical catch is that you are completely defenseless when it comes to hand-to-hand or ranged combat — your survival hinges entirely on your ability to out-Goldberg your opponents.

Friends, there is no better feeling than nabbing someone in a bear trap as you cue a giant Indiana Jones boulder down a nearby stairwell, then watch them panic as you quell their fears (and their body temperature) with a well-placed cold arrow. Traps sound so much more fun when you’re not on the receiving end of them, don’t they?

Deception II is basically a sadistic 3D version of The Incredible Machine, which is pretty much the best thing ever. In what is truly a unique experience, the Deception series is unrivaled when it comes to 3D trap action. 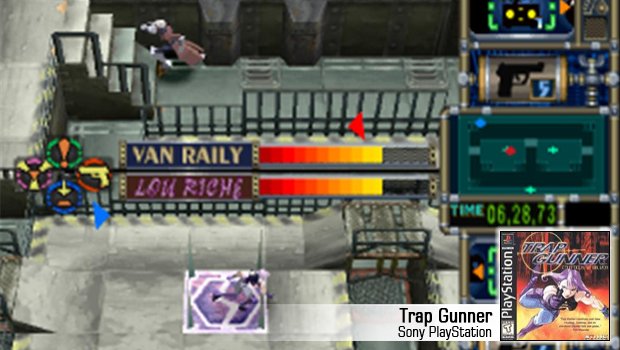 While the rush of Deception can’t be echoed quite so easily, another game that brings me great joy is a title that happens to be one of the only competitive multiplayer games in the genre: Trap Gunner. While you have the ability to both shoot projectiles and perform melee attacks here, the meat of your damage is going to come from setting traps. Luckily, the game comes with one of the most amazing mechanics of all time: the ability to search, uncover, and disarm traps.

Trap Gunner allowed you to be the Sherlock Holmes of action games, adding the mechanic to search suspicious areas for traps in your proximity — if you find one, you’re able to disarm it through a random QTE. Of course, your enemy could spot you and blow you to kingdom come, triggering the trap.

This creates a unique cat-and-mouse situation, where you have to weigh the prudence of setting or disarming traps at any given moment. The idea that any given square could have a deadly bomb on it is pretty nerve-racking and makes for a pretty stressful experience, one that’s fairly unique to the trap-setting genre!

My absolute favorite thing to do is set up a minimum of five push traps that elaborately force my opponent across the entire map and into a stack of TNT so gigantic it would make Looney Toon’s ACME Corporation jealous. I remember spending afternoons planning out levels on paper in a grid-like fashion, deciding the best places to place certain traps — not many contemporary games are capable of providing that feeling, and I miss it. 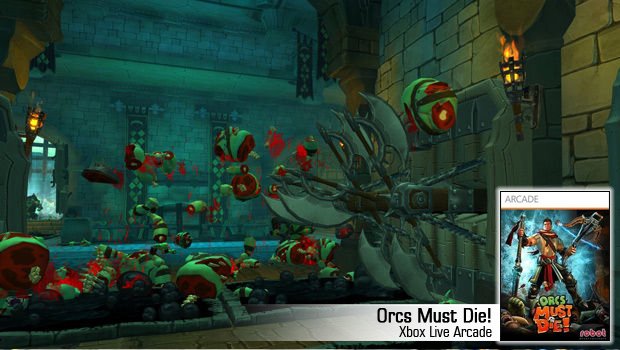 The above two games are classic, but what better way to reintroduce the genre than a title that lets you slaughter hordes of angry orcs? Orcs are the picture-perfect Xeno-Scapegoat for killing and maiming — just ask anybody!

Topped off by a kickass gothic rock soundtrack, Orcs Must Die! bestows upon you the honor of killing hundreds of greenskins (sometimes in a single level) and other such creatures. The setup is kind of like Sanctum but less tower-defense oriented. Your avatar is also the exact opposite of the one in Deception II — your playable Warrior Mage can kill, maim, slice, and shoot his way to victory even without the help of traps.

Fortunately, said traps are extremely useful, especially with the ability to summon NPC archers and knights to join your cause. While there aren’t as many elaborate Goldberg-esque combinations, there are still a few, like springboard floor traps and vent traps that can lift your enemies into danger.

Orcs Must Die! doesn’t do anything spectacularly unique, but it does everything extremely well, especially for an indie, budget-priced title. If you’re at all interested in the trap-setting genre and share my joy, Orcs Must Die! is a great place to get started. 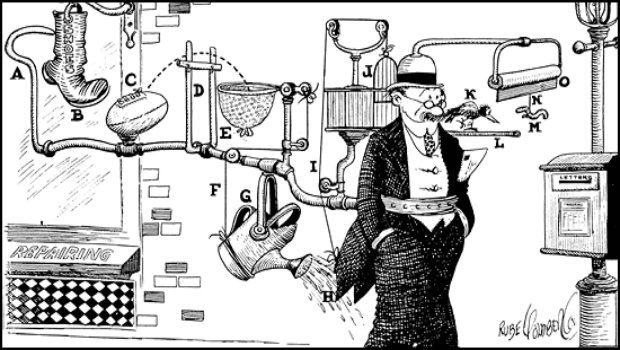 There are tons of other trap classes in games like Diablo II and World of Warcraft that weren’t mentioned here. You could easily compare the genre of tower defense in many ways, even if you aren’t necessarily always in the trenches (Sanctum!).

Traps themselves are also found all over the gaming world. Games like Metal Gear Solid feature claymores and other such proximity-based traps. Mario Kart prides itself on player-set traps. Night Trap … need I say more? While the genre itself is dwindling in favor of more tower defense games, as it stands, I’m lying in wait, ready to trap my next joy. GoldenEye 64 proximity mines only, anyone?

[Thanks for the game images, Sir Tobbii!]