What exactly is an Innovation Center, anyway?

Last week, I mysteriously vanished from the web. And when I resurfaced, I was at Logitech’s Daniel Borel Innovation Center in Lausanne, Switzerland, of all places. There’s something I never thought I’d be able to say. With around 30 other writers and video personalities who cover games, tech, and everything in between, we toured some of the company’s R&D labs.

Going in, I — and most everyone else I chatted with, as it turned out — didn’t entirely know what to expect. I vaguely recall joking that based on Logitech’s “Science Wins” branding for its gaming products, we could be in for some Willy Wonka-esque hijinks, but that was mostly the jetlag speaking. Although, truth be told, some of what we saw was pretty out there.

[Full disclosure: Logitech covered travel and meal expenses for the trip to Switzerland and also gave out a G700s mouse as a parting gift.]

Take a closer look at that mouse in your hand

For the attending European press especially, a major part of the trip was getting hands-on time with the company’s new-to-them G line of gaming peripherals that’s being rolled out. North America gamers, however, should be familiar with the series — it’s been available here for a while now. As much as I would’ve liked to hear about Logitech’s place in a future where next-generation consoles are newly released and gamers can readily purchase virtual-reality headsets like the Oculus Rift, those are conversations for another day.

For me, the visit was more about gaining behind-of-scenes insight; the kind I imagine most of us don’t tend to think about. With as much time as I spend plopped down in front of a computer, I generally don’t give my mouse and keyboard much thought — certainly not about where they were originally conceived and how they’re made better over the years.

To give an example, how does a company go about testing, say, a mouse to make sure it will remain functional after years of regular use? That’s the exact type of question I don’t typically ponder, but seeing the answer in person was a sight to behold. At Logitech, machines quite literally hammer away at mice for months straight. Them, and similar setups that continuously tap on keyboards, were hypnotic; there was a distinct lack of blinking going on in the noisy room which houses these contraptions. In fact, I think I just zoned out again while reminiscing. 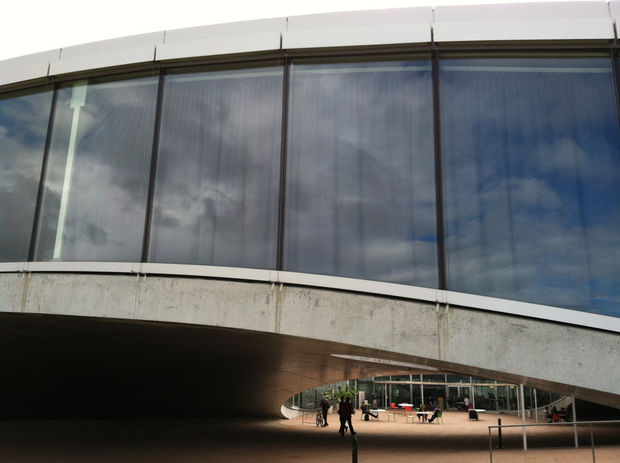 As cool as the sights and sounds of these labs were, the surrounding area was also fairly remarkable. The Innovation Center is located right in the heart of the École polytechnique fédérale (Swiss Federal Institute of Technology) which is, as you can probably imagine, the kind of environment and ensuing pool of talent Logitech would want to be situated near.

The campus provides the company with easy access to professors and students. When it comes time to test out a product, the latter group is especially useful as there are lots of gamers in close proximity. The term innovation often gets thrown around frequently in gaming and, no surprise, the word came up repeatedly here too. In fairness, this was an honest-to-goodness “Innovation Center” we were visiting. I’ll cut them some slack.

“The vision of course is to create a special environment here where ideas get generated,” project manager Vilasinh Vilaylack said of the building. “Good ideas can come from everywhere — from the top, from the vision — or from the bottom.” These ideas are then submitted to a database and can ultimately lead to prototyping and beyond.

And in an industry like Logitech’s, constant idea generation is mandatory. “We have to react,” Vilaylack said when contextualizing the company’s quarterly portfolio. “You can have something that is really beautiful on paper and then all of a sudden Steam is releasing the Steam Box and you have six months to react. Or you just decide ‘No, we will wait and see.'” But with a yearly portfolio, “you’re dead” by the end of the year.

Change for the sake of change, however, is not much help either. In the experience of global product marketing manager Chris Pate, who’s been with the company for more than a decade, gamers are largely conservative. It’s nice to think we’re all willing to try out groundbreaking games and technology, but when it comes right down to what we spend money on, the majority of us simply are not. Steady iteration is key, and true innovation, Pate says, necessitates real support from gamers and developers alike. 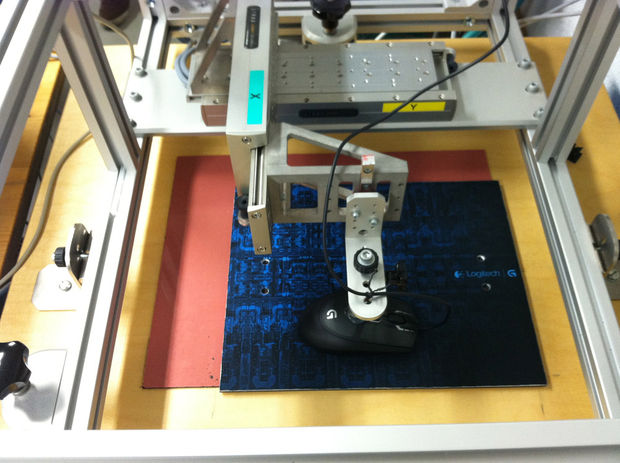 What the future holds

The main part of our tour was spread across three labs: one for optics, another for tracking, and a third for radio frequency. While I’ll admit to having limited experience with high-tech laboratories, Logitech’s were admittedly much more intimate than expected.

The work that goes on here and in similar labs at other companies is important not just for gamers, but for anyone who uses an optical mouse. The smaller mice sensors are, the greater the opportunity for alternative form factors, extra buttons and functionality — you name it.

When asked about what meaningful progress there is left to make — mice have come a long way, after all — expert optical engineer Christophe Constantin (what a title!) said that even as good as gaming mice typically are today, there’s always room for improvement.

“Even in terms of speed and reactivity, they are still working on it … in terms of battery life, three years is pretty good, but now you can open up new stories where the goal is not to have more years, but to have a different proposition for the customers,” he explained. “In keyboards, it’s solar — you don’t worry about batteries forever.”

Speaking more generally about the future, Constantin says they are exploring “touch, gestures in free space, voice, ears — new ways of interacting with computers … all of these things are ongoing, really.” He quickly looped back around to remind us that the day was about gaming first and foremost, noting that “we are really pushing for wireless for gamers” but, again, couldn’t specifically comment on future products. 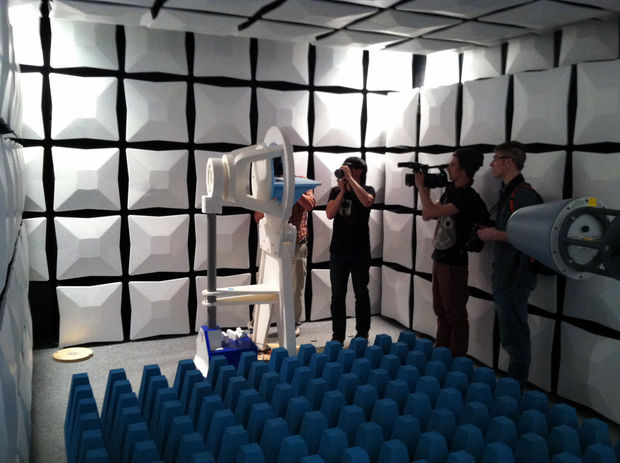 Considering how much seeing is believing, I did my best to capture what the tour was like with photographs. My best, however, is an outdated iPhone wielded by shaky blogger hands — so apologies for that. To accompany the full gallery, here’s context for some of the notable images: 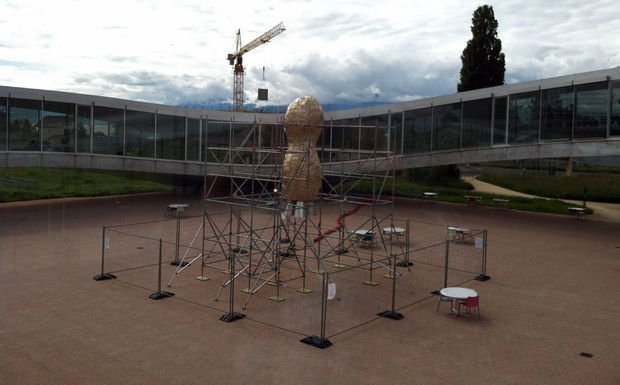 The École polytechnique fédérale de Lausanne (EPFL) had what looked like a space peanut. Sure enough, that’s literally what it was referred to as on the institute’s website. 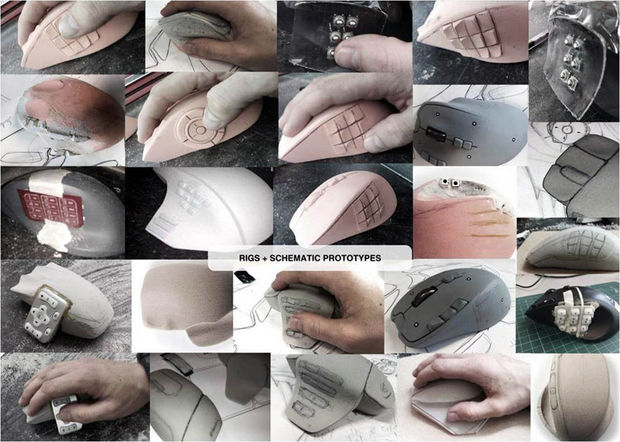 If there was one thing I HAD to see from this trip, it was a look at prototype mice. Some of them were bizarre. 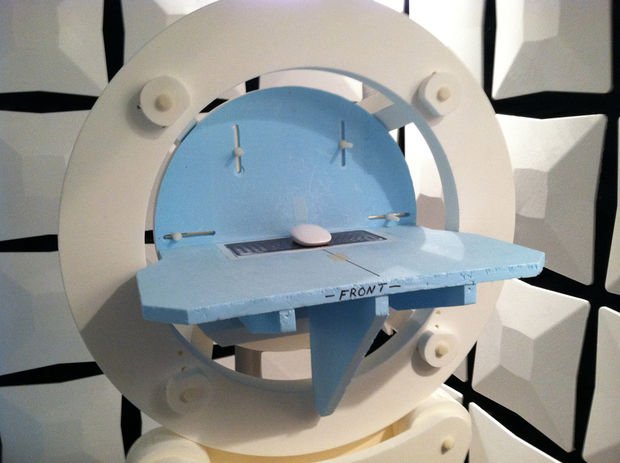 The room with all of the foam was an enclosed space within the RF lab used for testing the sensitivity of emitters and receivers. Some $700k went into outfitting this lab which allows engineers to “simulate, measure, modify, and remeasure until we get a level of performance that is really indisputable.” 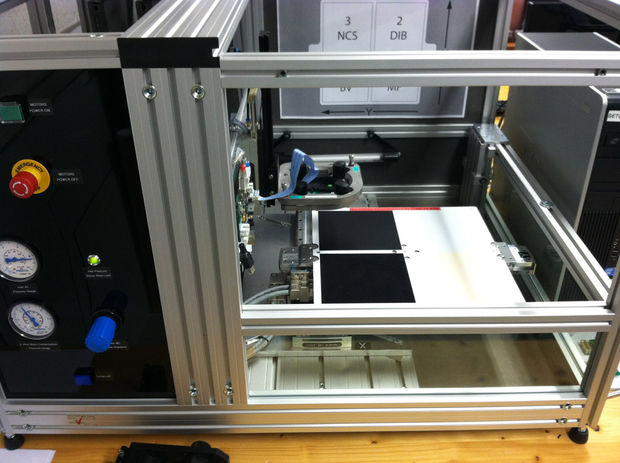 This machine is used to test tracking capabilities over multiple surface types that can be swapped in and are said to cover “mainly 95% of every surface in the world.” 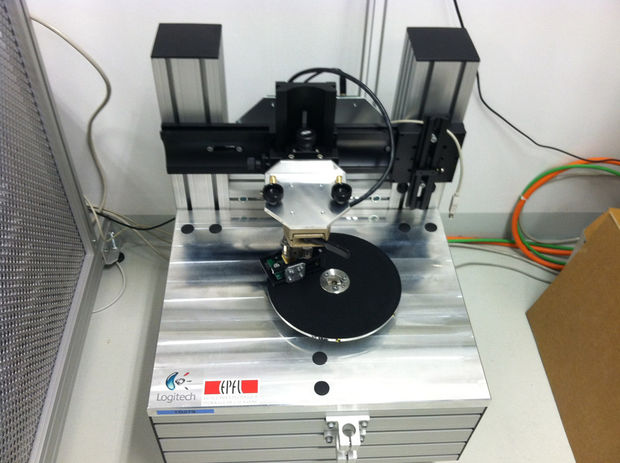 Another tracking machine. This one spins absurdly fast in order to find the mouse sensor’s breaking point. “[It’s] so useful for gaming that we could even surprise our suppliers” by detecting issues they weren’t aware of. 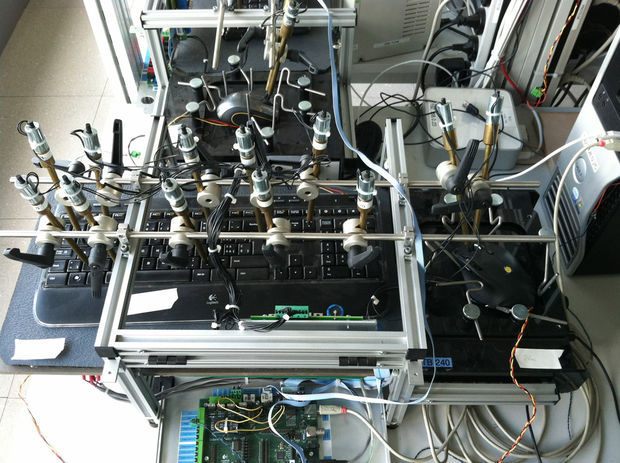 That key-tapping, mouse-clicking machine I could not take my eyes off of. 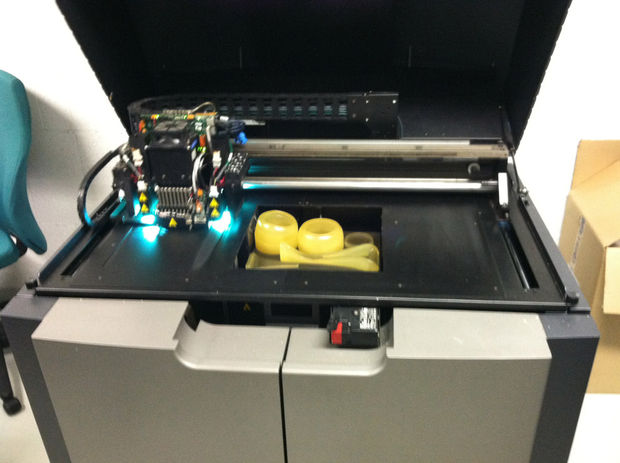 Something was being printed, but I haven’t the slightest idea what. Logitech wouldn’t say. 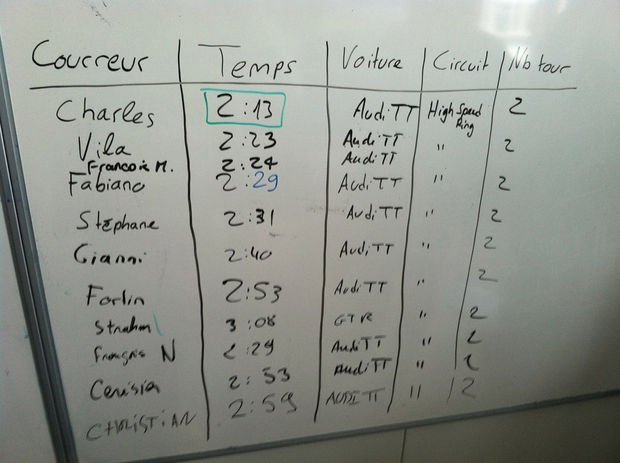 The folks at Logitech love them some Gran Turismo, apparently. I was rooting for the lone GTR.

Filed under... #Destructoid on assignment#Gallery#Hardware