Shoot-’em-ups started innocently enough. Spacewar blasted its way onto computers back in the 1960s, and after Space Invaders was released, the rest was history. Galaga and Galaxian would go on to further popularize the genre, and R-Type and Gradius would modernize it.

Once eastern game studios really started to test their mettle though, they changed it forever. Shoot-’em-ups were no longer heaven — they were absolute hell.

Despite their namesake, they were a joy to play. 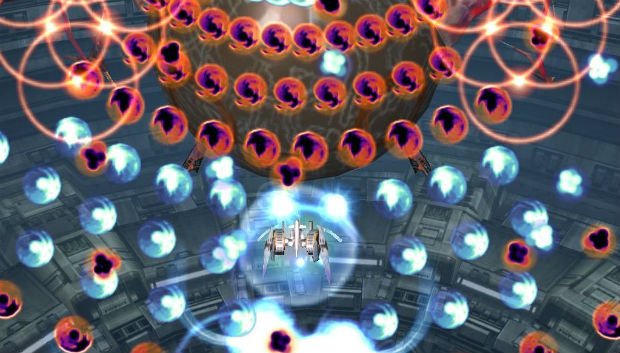 In the 1990s, Japanese developers experimented with a new genre, often termed “manic shooter,” or “curtain fire.” Projects were intended to impress players with absolute mayhem, which was kind of the same approach Itagaki and Team Ninja took with the re-imagined Ninja Gaiden on the Xbox. The fruits of their labor eventually gave way to the first fully realized bullet hell shooter, named Batsugun. At this point the industry was forging a new niche with help from previously established games like R-Type, which were billed as hardcore shoot-’em-ups.

While Batsugun was a fun shooter, it wasn’t as maniacal as it could have been, and that got developers thinking about their next move. After the company who created Batsugun collapsed, Cave was formed, and would forever change shoot-’em-ups. The talented team would go on to create the first proper hellish shooter, titled DonPachi. Cave had done it — the company had successfully popularized the genre no one in their right mind should truly love, and even marketed it to the United States. It was history from there for the once-unknown bullet hell sub-genre.

A few years later, Japanese developer Treasure would take this idea and master it. Radiant Silvergun was created in 1998; a game that many would still consider to be the best ever made for its genre. Silvergun did something that many shoot-’em-ups refused to do: present an intuitive learning curve. It would start off easy enough, and then progressively turn harder and harder, until it was impossible for anyone but the most dedicated of souls. Every death was a learning experience and a reason to go on.

While many western gamers never got the chance to play Silvergun, almost everyone has heard of its spiritual successor, Ikaruga. Released for the Dreamcast, GameCube, Xbox Live Arcade, and PC platforms, Ikaruga is a household name in bullet hell — perhaps the household name. It cemented a game mechanic that had only really been used by Treasure itself in a few other titles called polarity switching.

The player not only has to dodge curtain fire, but also has to change aspects from dark to light. If the enemy launches dark shots, you can absorb them as dark, but they do double damage as light, so there is incentive to dodge and shift constantly. Ikaruga successfully revived hardcore shooters in America, and now there are a decent amount of titles available on Xbox Live Arcade and PlayStation Network.

Before Ikaruga was popular, Geometry Wars Retro Evolved tapped into westerners’ homes like no other title and had elements of bullet hell. Treasure would make history by globalizing its work of art, and perhaps would inspire more developers to do the same. No doubt, these popular shooters are definitely fun, but there is one that holds a special place in my heart. Part of the dÅjin Touhou Project series, Perfect Cherry Blossom is one of the best bullet hell games out there.

So what exactly makes a billion deadly bullets therapeutic? Probably the euphoric high you get when you’re dodging fire that’s pixels away from killing you — it’s part action, part puzzle, and I love every second of it. Perfect Cherry Blossom forces you to think quickly, as well as plan out a long-term method in order to dodge the curtains of fire thrown at you over the course of the game. The best part is that boss enemies can use bombs, an element found in many shoot-’em-ups as the last-ditch attack of player ships. 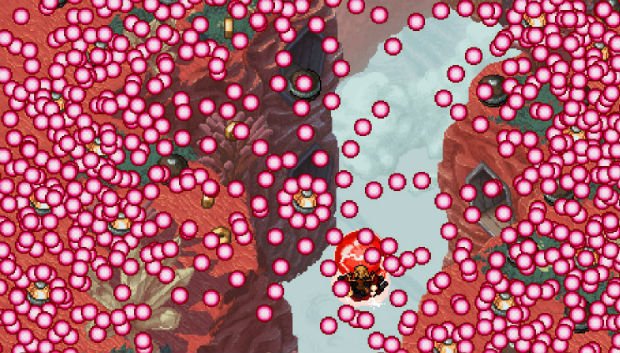 While the hand-holding difficulty of many high-profile current-gen titles may disappoint me, I can always go back to reliable old shoot-’em-ups for a challenge. Provided that you haven’t had some face time already with the ever-evolving genre, bullet hell is something that you need to experience. If you haven’t lived through the thrill of hundreds, perhaps thousands of bullets on the screen at once, you likely haven’t lived.