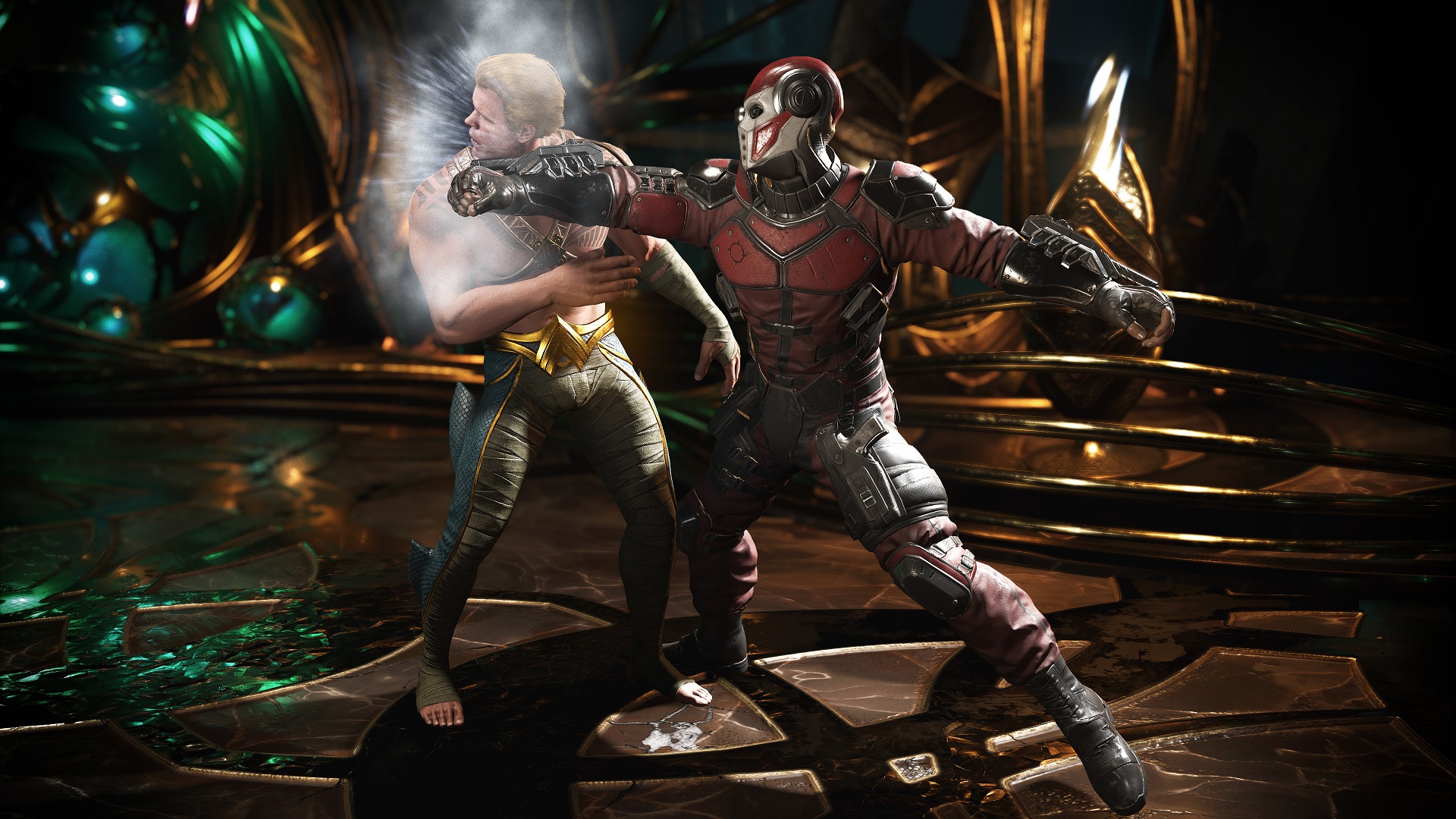 No, not Polka-Dot Man

Injustice 2 releases in just under three weeks, and WB has been on a media blitz to introduce the full roster of fighters. We’re finally there, as the only characters left out are the eventual DLC crew and the pre-order bonus. But, there’s one more that seems as if it was meant to remain a secret until launch.

This is the part where I say turn away, close the page, shut down your computer, throw it off a bridge — whatever it takes to not have me spoil this if you don’t want to know. Because what’s likely Injustice 2‘s biggest secret is getting revealed right after this paragraph. I’ll even put a video of Poison Ivy here to act as a final buffer.

According to the just-leaked achievement list, Joker will be the final playable character in Injustice 2. There are two tasks that involve Mistah J. The “I Love You, I Hate You” achievement requires that Harley defeats him with the final hit coming from her Go Go Night move; the “Why Aren’t You Laughing?” achievement has Joker beating Batman with his Not So Funny Is It maneuver.

The Joker is probably the most obvious villain for Batman-related video games, the one character most everyone wants and expects to be included. When he’s omitted, the expectation shifts to him being secretly included rather than being outright excluded. Injustice 2 caters to that because it’d be too damn crazy not to.