What happened to ‘small’ studios? Or is everything just ‘indie’ and ‘AAA’ now?

“I actually head up a non-profit,” said a very clean man in a finely tailored suit. Everyone around him at the party smiled, imagining him as the leader of warm-hearted volunteers who, without an ounce of greed or malice in their hearts, did everything they could to make the world a better place.

“How much you make?” I asked. I suppose it was a rude question, but hey, he’s the one who brought the subject of profit, non or otherwise, into the conversation. I interpreted his decision to volunteer this information as an invitation for inquiry, and I figured he was confident enough to deflect the question if he wasn’t comfortable with it.

“Oh, I do alright,” he said with a veiled glare, deflecting as I thought he might, not at all proud to divest how much profit his “non-profit” actually turns in. I found out later that he makes around $1.5 million a year and that his company banked about 20 times that in the same time, diverting much of that yearly surplus into for-profit “sister companies” that also bring in millions.

I was reminded of this story last week when the Game Awards announced its nominees for the Best Indie category. Like the label non-profit, the spirit behind the word indie and its actual meaning might have nothing to do with each other or even end up being total opposites, depending on the context of the situation. These semantics probably don’t matter too much to your average person, but for indie developers engaged in a constant marketing battle for our respect and attention, they can really skew the playing field. I mean, is there any world where it’s fair to pit a release like Fall Guys: Ultimate Knockout, developed by a company that employs over 230 staff, about 30 of which worked on the game, against Carrion, created by a start-up studio of three people (not counting the composer) in a contest like this? 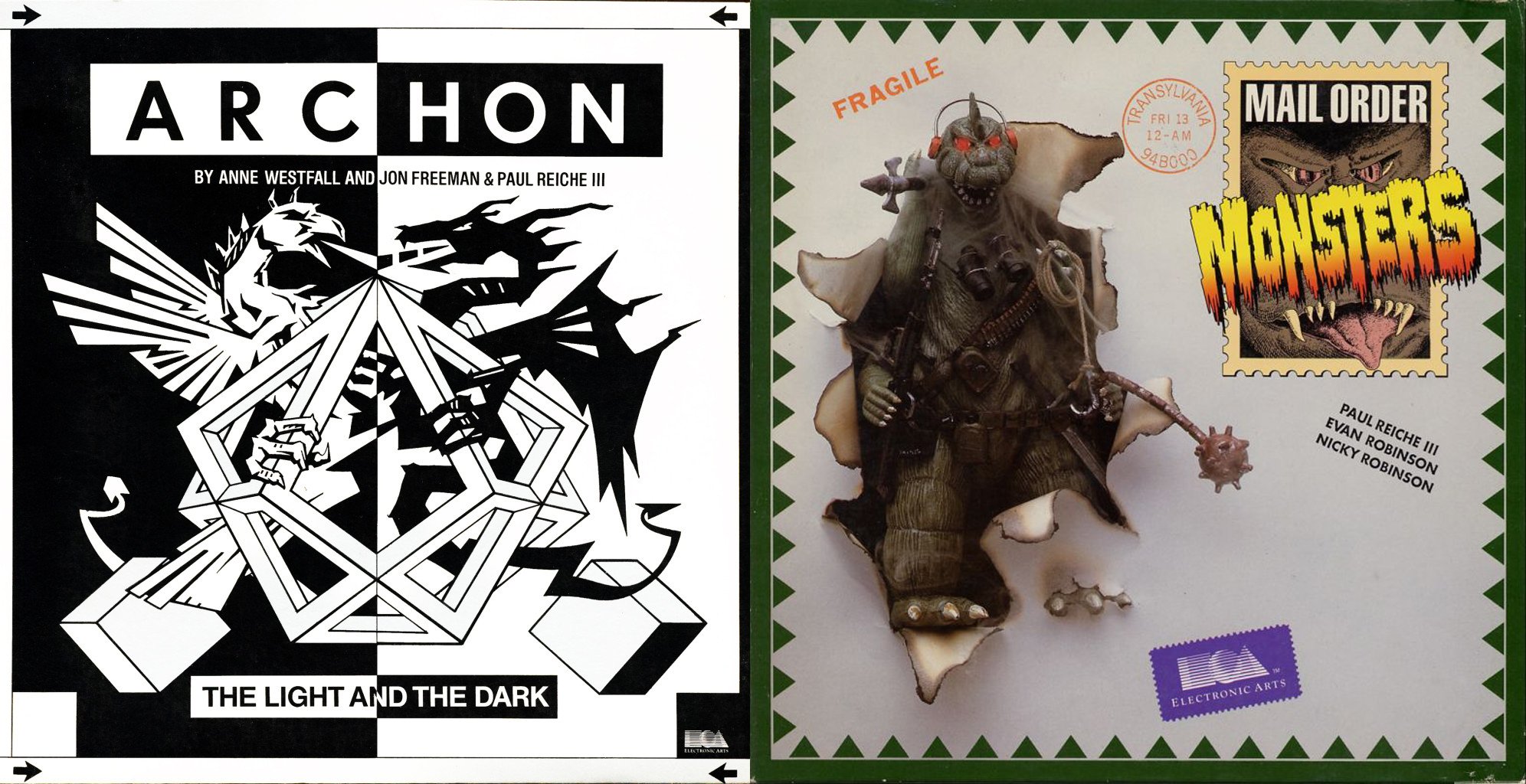 This Best Indie category is great in theory, but it struggles in practice, in part because it casts too wide of a net. In order to qualify for a nomination, all you need to do is be “… a game made outside the traditional publisher system,” but does anyone know exactly what “the traditional publisher system” is anymore? I can’t remember a time when game publishing and its meaning weren’t being actively being disrupted by someone or something.

In fact, the first game publisher I ever took notice of was EA back in 1982 because they touted themselves as being an “anti-publisher who put artists first,” proven by their efforts to  actively promote their individual game developers and evenly share the wealth with them (boy, times sure have changed, huh?). I also remember the debut of ID Software and their heavy reliance on shareware to distribute their games, as well as the rise of Newgrounds as a home to Flash-only indie devs, the advent of digital distribution, microtransactions, and so many other changes that have flipped the script on how games are sold and/or distributed again and again. The only “tradition” in the business of game publishing is constant change. 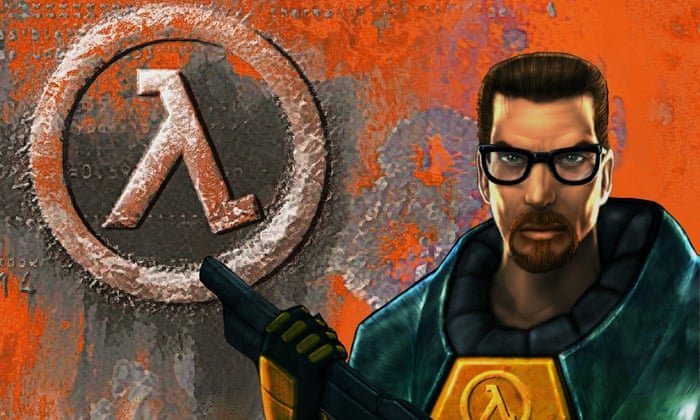 So if “game publishing” has never been a solid thing, then “indie game publishing” is naturally just as fluid and mushy of an idea. That said, if we want to avoid the kind of mis-tiered match-ups between titles in vastly different weight classes like we have at the Game Awards this year, it would help if we had a more of a universally agreed-upon understanding of what an indie game is. I haven’t seen a lot of people spell out the different, but sometimes related, things that the word might mean. It’s a term that’s also still evolving alongside gaming as a whole, which makes it even harder to pin down. So, for now, here are a few ways of looking at who makes indie games and what that expression actually connotes in different contexts.

First, there are indie publishers whose work, by default, is sometimes referred to as indie games. These are companies that use their own funds to develop and release games, unbeholden to shareholders or other outside financial influences. Under this definition, Valve (Steam, Half-Life, Portal) is an indie, though most are more likely to associate them with the development of AAA titles. Supergiant, the creators of Hades, may be headed in that direction as well. Their latest title quickly became a critical and commercial darling, being the only indie game in the running for Game of the Year as this year’s show, as well as Best Indie, which it will almost definitely win. 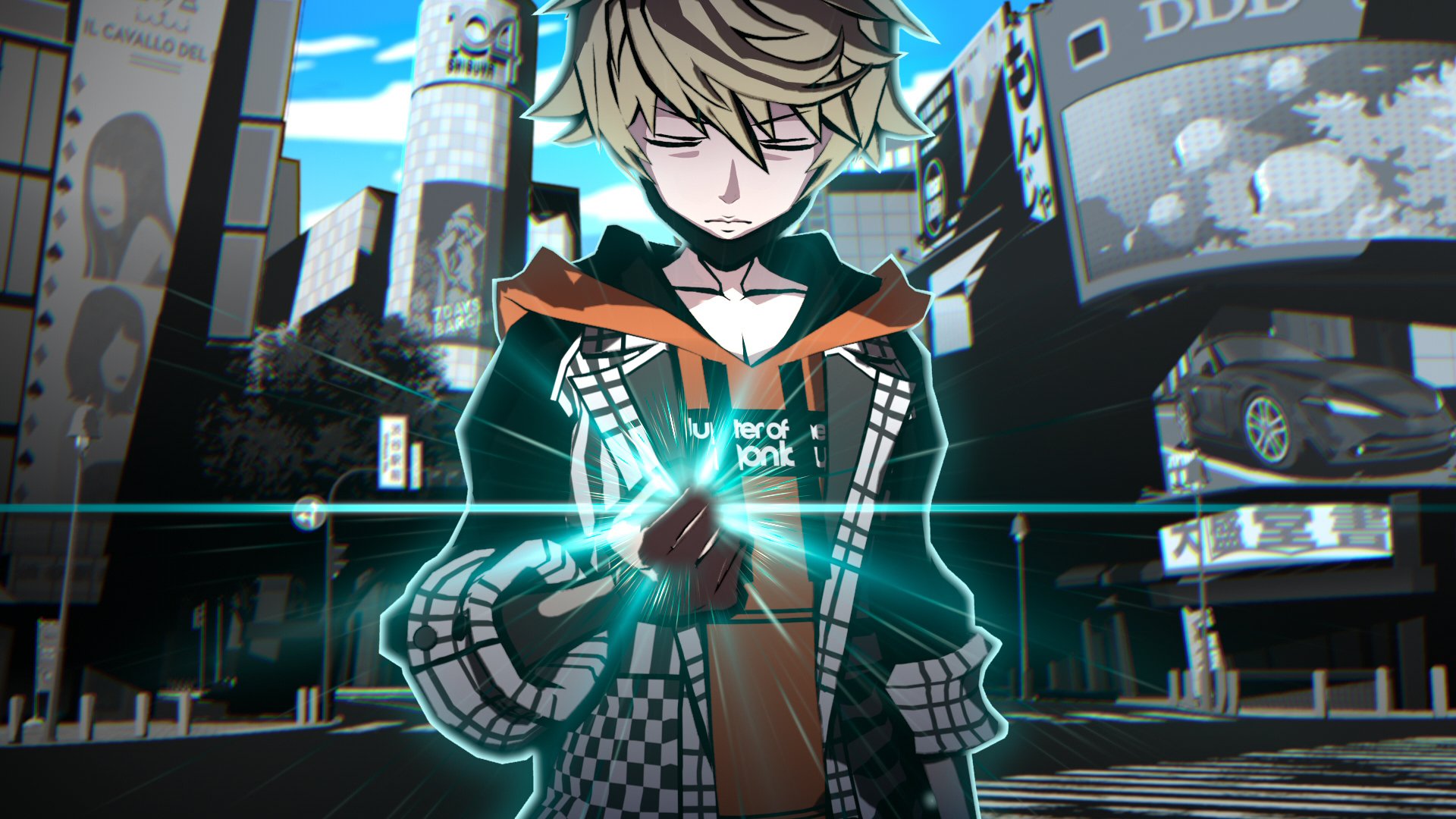 A large part of that is because the game doesn’t feel any different than something you might get from a huge AAA studio. It’s tightly polished, extremely mainstream-friendly, and filled with crowd-pleasing action. Some have taken to calling these kinds of games “Triple-I” titles, in an attempt to cash in on the authenticity that comes from the indie branding and the prestige that comes from being AAA at the same time, but to me, that’s an oxymoron. I would no sooner call a game Triple-I than I would call a AAA game an “AAAndie” just because it was made by some former indie developers. If your game was made with a AAA budget that has the marketing muscle to match, then that’s what it is, regardless of if the publisher that put it out is technically indie or not.

And that’s exactly how I see Hades. It’s not AAA, but if you had told me that Grasshopper, Konami, or Square Enix had published it, the only surprising part for me would have been to see either of those three put out a new IP. NEO: The World Ends With You looks great, but not in a way that makes it look more or less indie than Hades or hundreds of other independently funded games with production budgets in the millions. Likewise, the experience of working on the new TWEWY may not have been different from working on Hades or some other mid-sized game, as the things that directly determine how it feels to make a game are tied more to the power dynamics on the team than how your team was funded. 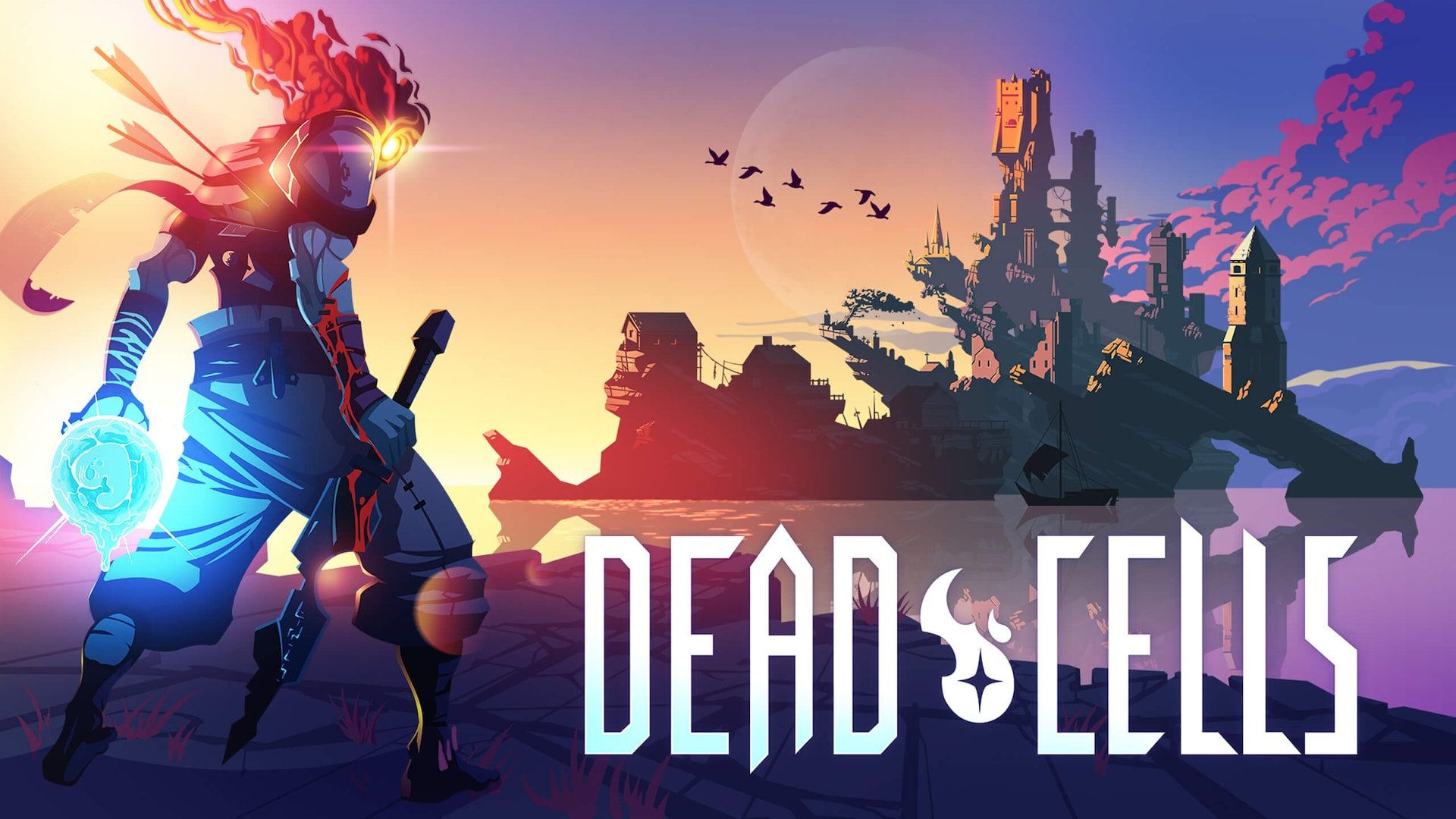 That brings us to indie game studios, which are not only financially independent but also structured in such a way that each member of the team is permitted to pursue their individual vision. These are the kinds of studios that Devolver Digital tends to publish, with the promise that they will not interfere with the developers’ creative process. Disc Room, a game made by four friends working under the name “Terry Dose Kitty JW” is a recent example. Motion Twin, the developers of Dead Cells, is another big name that runs this way. An “anarcho-syndicalism worker’s cooperative,” the studio has a flat power and salary structure. Everyone there has equal say in their creative decisions, and everyone gets paid the same. No one controls anyone else, and no one is rewarded more than anyone else either.

Still, that doesn’t mean that everyone working at these studios considers themselves indie. As individuals, they may not care about creative freedom or making a personal work or any of the rest of it. For them, it still just may be a job. That’s where indie developers come in. While they may hire artists or programmers to work for them (technically making them indie publishers in the process), these are the folks who aren’t necessarily doing it for the money because if money was what they were after, they’d just get a job at a bank or something. 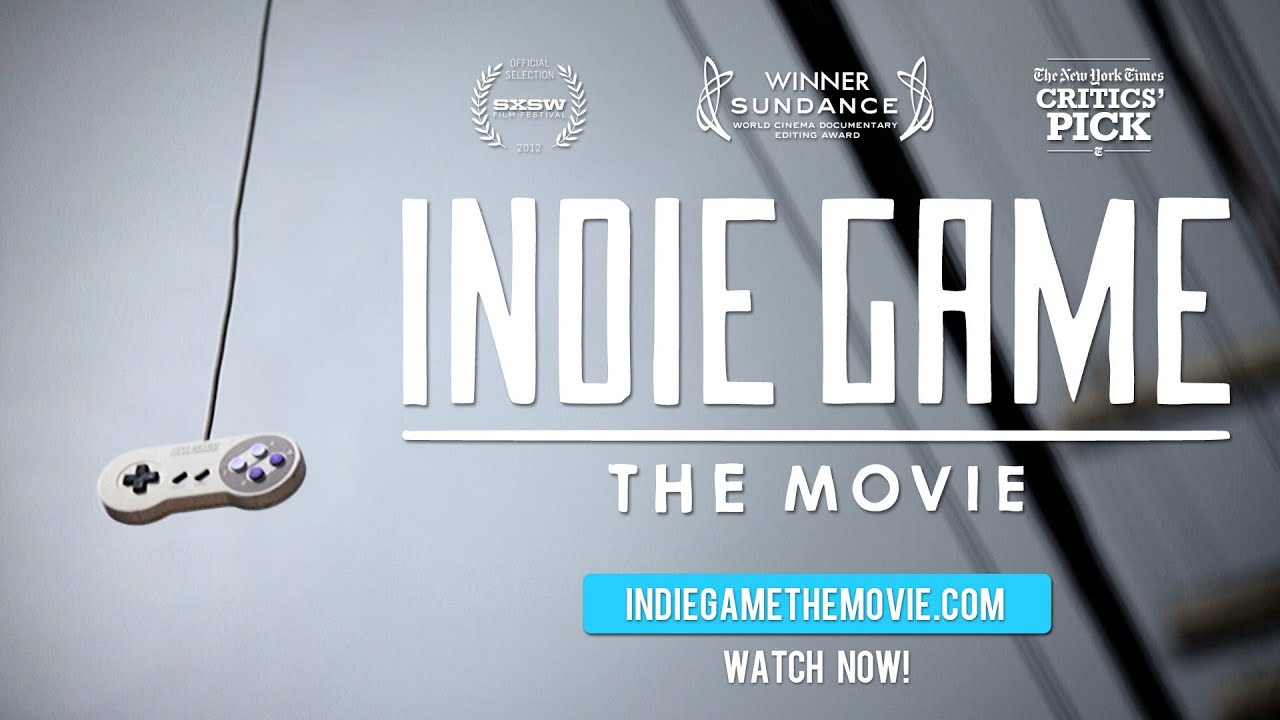 Instead, these garage developers decide to take the risk on making something honest out of their boutique games in the hopes that this pursuit becomes a sustainable means of income. Thanks to stuff like Indie Game: The Movie, these are the kinds of folks that most think of when they hear the word indie, though, at the Game Awards, most of the titles made with this spirit in mind are relegated to the Games for Impact category, a niche part of the show that is essentially the “Best Salad” competition in what’s essentially a massive Fast Food contest for the brain.

Putting it all together, indie isn’t really specific enough to tell you a whole lot about a game. Like the terms “punk” or “art” or any other word that tends to be used more for marketing buzz than to actually describe anything more than a feeling, it doesn’t make a ton of sense to use it to try to tell anyone anything real about a game. The original releases of Minecraft and Tetris were technically indie games, and according to their publisher, now even formerly Nintendo owned titles like The Wonderful 101 are technically indie as well. To have a category at an award show where all the games that may qualify by some definition as “indie” just doesn’t make a ton of sense and only works if your audience won’t spend much time thinking about it. It will be interesting to see if the Game Awards were right in guessing that their viewers will do just that.