Last night, Destructoid writer Sophie Prell brought news of a team trying to raise funds for the world’s first full-scale LGBT gamer convention, titled Gaymercon. The reaction from our community was … a little disheartening. I’ve felt for a while that we’ve started becoming one of the most open-minded and welcoming of online videogame communities, and while I still think that, I think it just a touch less right now.

There was, to be quite frank, a lot of ignorant shit being spouted with regards to this project. Not by everyone, but by enough people to warrant a few clarifications. After all, when so many readers seem confused about the point of a gay gamer convention, and seem viciously angry about it, they definitely need to be sat down and talked to.

Stay a while and listen. 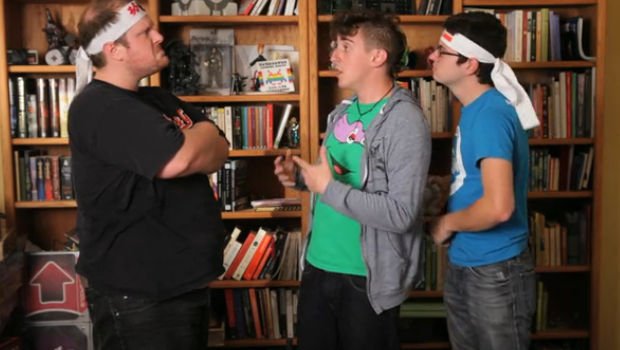 The extreme casualness of my family life meant I never really felt any great pressure concerning my bisexuality. My friends just kind of knew, that cock picture my mother found on the home computer pretty much clued her in, and it was never really a big deal with anything I’ve done. That, and I’ve never really given much of a shit about it. That casual attitude, and the fact I am in a traditionally “straight” relationship, means I’ve been pretty well shielded from any problems, even after having moved to Mississippi. Since I pass for “normal” around here, folks are genuinely polite and nice, to the point where I had a hard time wondering what the problem was at first.

Although I always considered myself a friend to LGBT issues, for a while I wondered why sites like Gay Gamer existed. What is it about being gay that means you have to shout about it? Why separate yourself? I never had a problem with it, like some folks unfortunately seem to. I just wondered why the dividing line was there — easy to say for someone who can quite easily cross it and has been on the “safe” side for years. It was a conversation with Gay Gamer’s Flynn De Marco at E3 a few years ago that helped set me right, as he explained the point of the site.

The problem with privilege is that the privileged don’t know they are privileged. And when we talk of privilege, we think of Scrooge McDuck’s Moneybin and riding into town on the back of gilded elephants. Privilege, of course, doesn’t just mean unimaginable wealth or remarkable special skills. It simply means you have something others do not. You are gifted a benefit that puts you above another human being. If you’re a white American, you have privilege, because you can visit any state without fear of racist retribution, and you don’t come from a history of slavery that systematically set your families back. If you’re a male, you have privilege, because you are eligible for higher pay brackets, and hey, you can go out at night without a very tangible fear of being sexually assaulted. Now, because you had these benefits from birth, you see it as completely normal, and because it’s so normal, it’s difficult to see why others have different experiences, and why not everybody feels the same security that you do.

So it is with straight gamers in an industry that caters almost exclusively to straight white males. I could never do justice to the argument Flynn put forth, but do try to imagine being gay, and seeing every single television commercial, every billboard, and nearly every comic book and videogame selling themselves exclusively to straight people. When this is paired with people halting traffic in cities to support Chick-Fil-A for stating gay people don’t deserve the same rights as straight people, surely you can begin to see how isolated the gay demographic may feel. Millions of Americans rewarded a corporation for its bigoted views this week. If you are capable of empathy, you will understand the problem.

Sites like Gay Gamer, and potential meeting places like Gaymercon, help reduce that feeling of isolation. They help people come together and feel better about a society that is largely hostile to them, full of people who, if they don’t hate gay people, are privileged enough that they can’t see what the problem is and can’t adequately empathize.

You can argue that LGBT people are “segregating themselves” by grouping together, but they were already pretty damn segregated — not to mention alone. It can be lonely, and fucking terrifying to be gay. Just this week, through the social networks and grinning right-wing pundits, even I felt a level of fear by the hatred and venom being directed at the LGBT community over a fucking chicken sandwich. It’s incredibly intimidating to witness firsthand. And who wouldn’t feel nervous in that situation? Had that chicken restaurant said it didn’t believe black people should marry, there would have been no appreciation day. Had it said women should stay barefoot in the kitchen, Mike Huckabee may not have been quite so willing to act as the corporation’s creature. But it’s still okay to diminish the gays, and that makes a significant number of people feel alone and frightened.

So Gaymercon is a positive thing. Here we have LGBT people who have found not only a fun hobby, but people who have the same unique positions in society as they do. Why wouldn’t you want to group together with similar people who had similar experiences and similar fear, loathing, and sadness? When you accuse these folks of segregating themselves, you forget that they were already pretty fucking segregated, and having them band together is the last thing their haters want, really — because keeping them isolated and singular is the best way to keep them quiet. Which, I suspect, is where the irrational hatred and seeming fear of the very idea of Gaymercon ultimately stems from.

Oh, and when you ask where your straight convention is, when you throw your entitled hammer around and demand that straights be catered to by the videogame industry … well … you know how infantile that sounds, right? You sound exactly like the closet racists demanding white history month. You’re plenty catered to already. You want a straight gamer convention? Go to E3 or PAX. They’re plenty straight, because they cater to the majority and … uh … guess what?! Most gamers are straight! 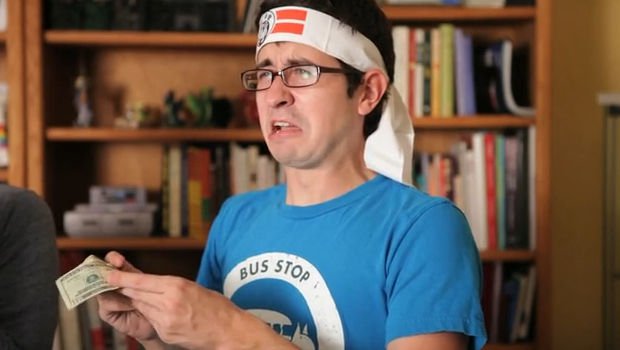 “BUTBUTBUT ANYBODY IS WELCOME AT E3 AND PAX,” you cry. Yes, they are welcome to attend. However, do gay people feel like the marketing and the showboating is aimed at them in any way? Similarly, any straight people will be more than welcome to attend Gaymercon, but the marketing and the showboating won’t be aimed directly at them. Seems pretty damn fair to me. If anything, this is the most diplomatic and fair idea ever. Gaymercon’s not demanding E3 or PAX bend to focus more on the LGBT community — because lord knows the kind of irrational shitstorm we’d have over that — but is instead creating its own event to enjoy such a focus on its own terms.

By the way, before you ask — I’d be down for a black gamer convention, too, or a female one. When a marginalized audience group wants to celebrate its existence alongside supporters and friends, I am all for it and I cannot fathom why we’d have a problem with that. If you don’t care about it, why are you so angry at it? Why can’t you let the minority group have a fun time with other members of the same group?

So that’s the point of a gay gamer convention. It’s a place where people who have been made to feel wrong, who have been made to feel scared, and who have been made to feel excluded can enjoy a little time where they don’t have to hide and keep their mouths shut. It’s a niche in an industry that more or less ignores them, and only rarely panders to them for the sake of marketing and attention. In North America right now, I think something like this is absolutely vital, an altogether positive experience concerning a subject that’s already had so much anger and hatred poured into it.

You don’t have to support Gaymercon. You don’t have to invest in it, or make plans to attend, or ever read coverage of it. I certainly don’t think you’re a bad person if you politely decide to keep your coins to yourself. But you are a real asshole if you lash out at it for no better reason than you don’t see the “point” of it and feel like sharing some of that paradoxically aggressive apathy the Internet’s so good at breeding.

Gaymercon is important. It may not be important to you, but it’s important to some people. Rather than ask what the point of the convention is, ask yourself this:

Why would so many people feel they need this convention in the first place, and is that a problem we can all help with together?