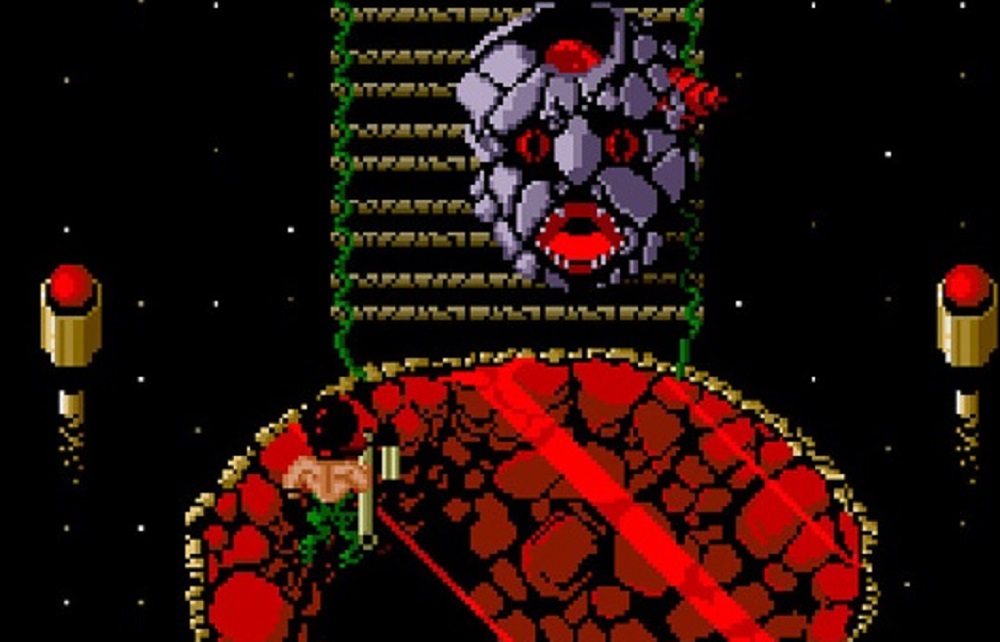 For this week’s retro release, Hamster has reached into its bag of ’80s games and pulled out Victory Road – the sequel to classic scrolling shooter Ikari Warriors – now available on PS4 and Nintendo Switch.

Released in arcades in 1986, before making the jump to a host of home computers, SNK’s Victory Road hit the scene less than a year after the debut of the original Ikari Warriors, and sees the testosterone-fueled duo of Paul and Vince (later renamed Ralf and Clark) on their way home from their original mission, their bosses satisfied with a job well done.

Because “why not?” the duo’s return flight runs afoul of a spot of TIME TRAVEL, which thrusts the muscle-bound heroes into a strange new world, thousands of years into the future. Outmatched, the Ikari Warriors must use their now antiquated arsenal to overthrow the mighty alien “Zang Zip”, who has taken over the land of Alexia Lomta… Video games, folks.

What follows is several stages of classic eight-way shooter action, with new pickups, armour boosts and boss fights added to some classic Ikari Warriors gameplay. If you fancy taking the boys on another rip-roaring journey into the unknown, then Victory Road is available to download on PS4 in Japan and Nintendo Switch worldwide, priced at around $8.