Time to count the Counts

Unless it was made by just one person, it’s a bad idea to give all the credit for a game’s success or failure to a single individual. Koji Igarashi has produced many of the best games in the Castlevania series, but he’s far from the only reason that era of ‘vanias is so beloved. That said, with Bloodstained: Ritual of the Night, he’s proven that even without Konami’s backing, and the entirety of his old production team behind him, he can still head up a great game.

Personally, I love all of Iga’s games in one way or another. Under his watch, a certain knowing absurdity has its way of leaking through the layers of gothic fantasy and heavy-metal horror caked on the public face of the franchise. That, along with his tendency to stuff a game with more unessential-but-eye-opening weapons and power-ups than many games see in a decade, are his two signature moves. With that in mind, let’s do a mini-autopsy on the Igavanias we have so far and see which ones are the best.

[Note: We didn’t include the two Chronicles remake collections and Castlevania: The Adventure ReBirth on this list as they are based on earlier games in the series it didn’t feel fair to compare them to wholly original Iga titles.] 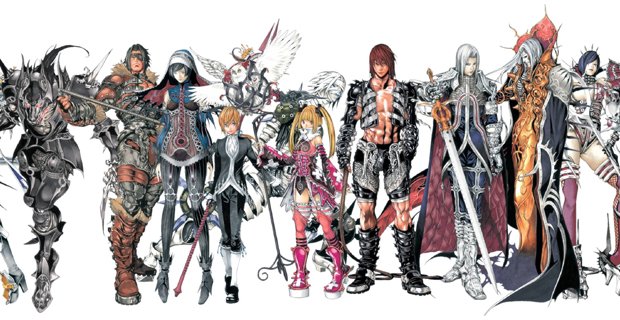 This Wii arena fighter has more in common than the recently released Kill la Kill brawler than it does Symphony of the Night and other ‘vanias that Iga is better known for. With motion controls and bold but alienating new character designs by Death Note‘s Takeshi Obata, in many ways, the feels like a Castlevania in name only. Still, its the IP’s biggest crossover to date, and each character plays remarkably close to their original incarnations (Dracula teleports around and throws fireballs, Shanoa uses tattoo magic to kill), so it’s not all bad. 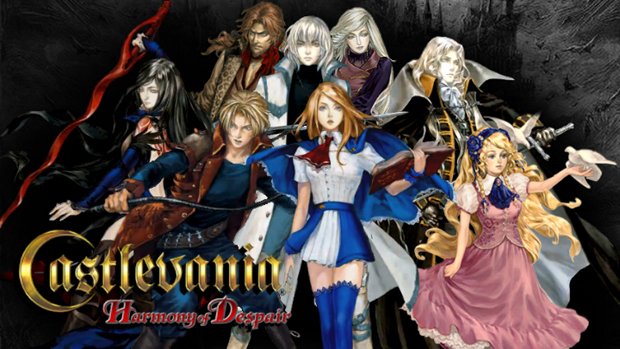 In many ways, Harmony of Despair feels like an apology for Judgement. It’s also a crossover, except this time it’s a 2D, co-op, exploration platformer. It’s a great idea, but in the end, it’s so afraid to do anything new that it ends up being nearly as disappointing as the game it’s apologizing for. Since you’re shown the map of every stage before you start in, true exploration is cut to a minimum. The fact that nearly all the characters and graphics are recycled also hampers the sense of discovery and surprise that makes top-ranked Igavanias so compelling. 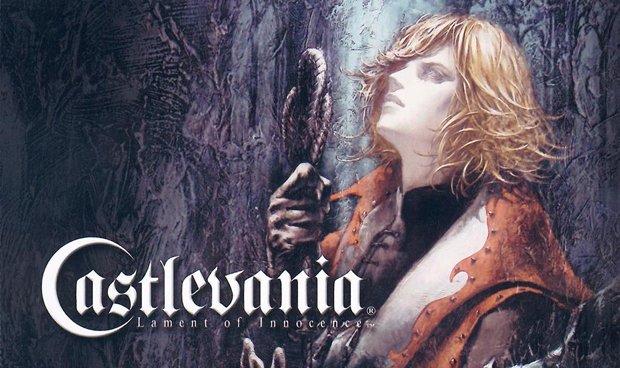 The first Igavania to go 3D has a good heart, but the body is suffering from rigor mortis. It tells the story of Leon Belmont, the first in the clan to battle Dracula, all the way back in 1094. While a huge step up from the painful pair of Castlevania games on the N64, it still pales in comparison to Iga’s 2D titles. It’s almost like they worked so hard to make a 3D game that felt like a real Castlevania title that they forgot to do anything truly interesting with it, other than the allow you to unlock a playable pumpkin child. 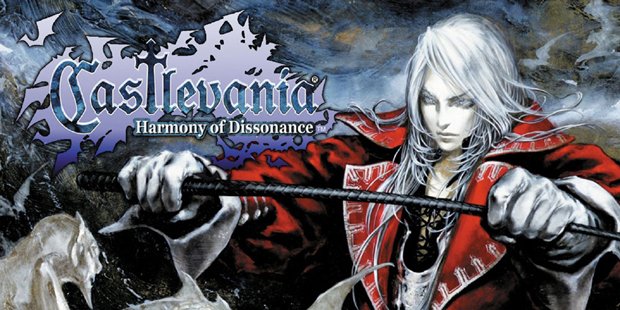 It’s funny (in a dad-joke sort of way) that Lament of Innocence rhymes with Harmony of Dissonance, as both games suffer from a lot of the same problems. This was Iga’s first Castlevania game on the GBA, and after the success of Circle of the Moon, it felt like went a little too hard into reestablishing the basics instead of giving us something we hadn’t seen before. Starring Juste Belmont, one of the least notable members of the family, the game lacks the much of the beautiful character animation seen in Iga’s other 2D titles, while still presenting a serviceable adventure. It also ends on a high note with a battle against a flying skull with a giant eyeball and heart attached to it. You can even fight it as the original 8-bit Simon Belmont, complete with limp, who’s an unlockable character in Boss Rush mode. 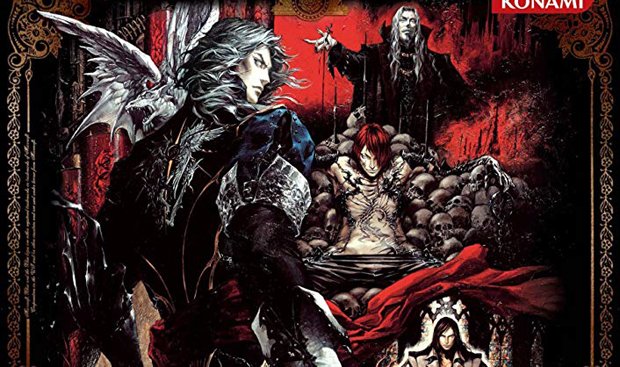 The second Igavania to go 3D is a more confident game than its predecessor. Building off the relative success of Lament of Innocence, Iga did more to make this one align with his unique vision for the series, introducing new protagonist Hector and a detailed new “devil forgery” mechanic that allows you to raise six different types of demonic familiars. With its large interconnected map, simplified battle system, greater variety of weapons and power-ups, and cameos from Castlevania III‘s Trevor Belmont, this is as close as Iga ever got to producing a 3D game that plays to his strengths as a designer. Still, there’s no question his work is better in 2D, where it’s easier to control the spacing of enemy encounters, tighten the pace of discovery, and keep the world feeling cohesive. Let’s hope Konami brings Iga back to work on a sequel, preferably with Trevor’s lightsaber whip in tow. 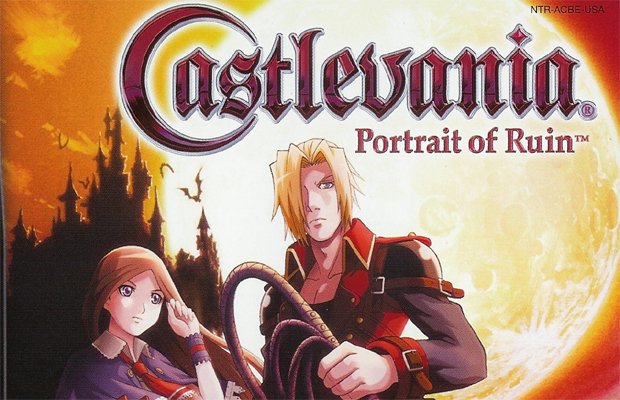 This one feels like a jack of all trades and a master of none. The second Castlevania title for the DS, it’s saddled with some unwieldy touch screen stuff, but nearly not as much as its precursor (which we’ll get to next). Like Castlevania III, it allows you to change between two playable characters (the whip-wielding Jonathan and the magic-using Charlotte), but not in ways that feel particularly necessary. The two of them together basically do the job of one Alucard, though deciding when to tag one out for the other, or when to combine their powers together, does make for some interesting moments. Like Harmony of Dissonance, this one feels little more by-the-numbers than Iga’s very best games, but the art and design craftsmanship here is nothing to sneeze at. 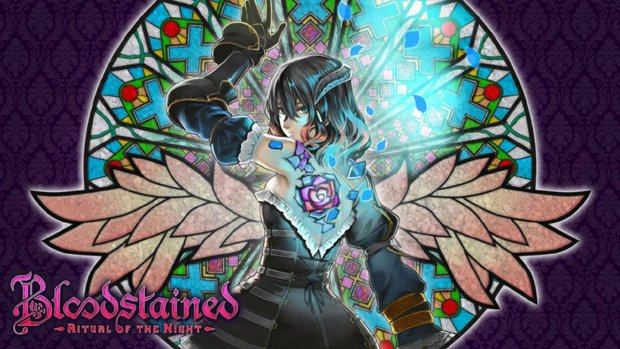 5. Bloodstained: Ritual of the Night

I originally had this game much higher on the list, as I had just finished it was really impressed with how well it all came together. Then I went back and played through my favorite parts of all the other Igavanias, and I saw that for all its new-car smell, Bloodstained doesn’t quite have what it takes to make it to the top four. The game’s high points are fantastic. When it comes to displaying Iga’s unique sense of humor, moments like battling a giant demon housecat, an enthusiastic lead guitarist, a buff Shovel Knight, a dead Belmont, and a giant puppy head are all gold-star performers. The late-game bosses and weapons are also up there among Iga’s best. The rest of the game, however, is just good-to-great, which doesn’t quite cut the mustard when you’re up against some of the best games in the genre. 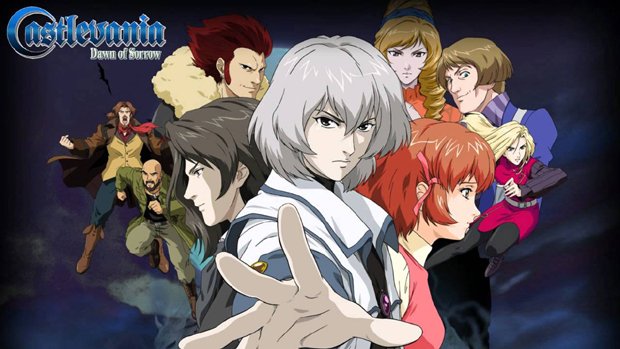 It took a lot of hand-wringing to decide if this one should go before or after Bloodstained, as it has a lot going against it. The touch-screen controlled magic spells are a pain in the neck, the anime-style portrait art is a huge downgrade from most of Iga’s output, and the game’s story and setting don’t go too far beyond what we saw in Aria of Sorrow on the GBA. Still, seeing Soma Cruz absorb souls and struggle against the urge to become Dracula, now with DS-powered art and music, is too much fun to rank any lower. I don’t know what I love more, the bonus mode that allows you to play as Alucard, Julius Belmont, and Yoko Belnades in yet another callback to Castlevania III, or the collectible soul that’s basically a vacuum cleaner made out of a skeleton. 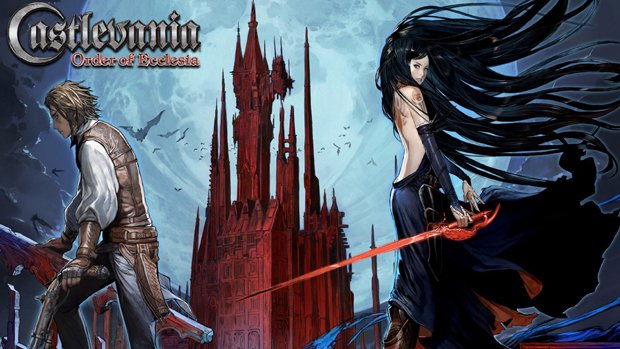 A controversial entry to be sure, but I absolutely adore Order of Ecclesia. It combines my favorite aspects of the earlier Castlevanias and the Iga-produced titles that followed them in a way that brings out the best of both worlds. In retrospect, it is also like a superior prequel to Bloodstained in more ways than one, with a female protagonist who can absorb enemy abilities into her tattoos, and a story that offers up a less-than-glowing review of organized religion. Also, like Bloodstained, Iga got weird with this one, featuring monsters like the Invisible Man, a Leatherface look-a-like, and a giant screaming crab who you crush with an elevator. Unlike Bloodstained, it’s all packaged with impeccable polish, featuring some of the biggest and best-looking weapons and boss battles in the series. 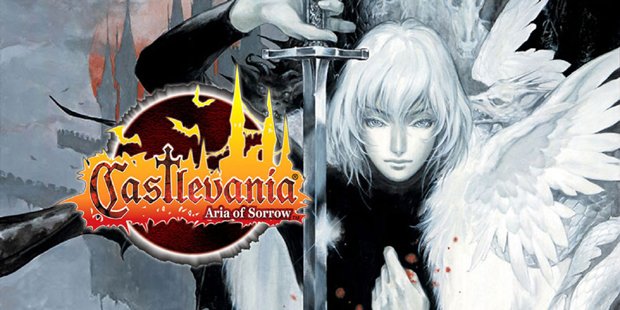 This is the ultimate portable Castlevania, made with the knowledge that it couldn’t rely on technical power to impress, so it had to go all out in every other way. The original story of Soma Cruz, a teen from 2035 who may be the reincarnation of Dracula, Aria is so packed with inspiration that you’ll forget almost instantly that it lacks the horsepower of its siblings. There are so many opportunities to grind for cool weapon drops and souls – and so much feeling crunched into each enemy encounter, each note on the soundtrack, and each area of the map – that it’s become the only game in the series that I kept playing long after I’d seen and collected everything; replaying it from the start multiple times over the years just to relive it. 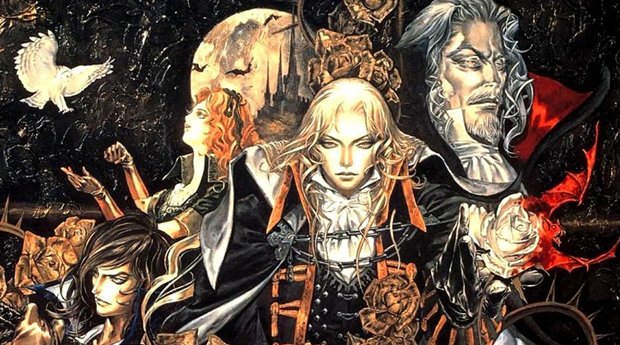 1. Castlevania: Symphony of the Night

So if Aria is the game that’s most fun to play, shouldn’t it be the top game on this list? On any other list, the answer would be yes, but this is a list of Igavanias, and when it comes to what Iga does best, there is no topping Symphony of the Night. This was the first game in the series that Iga produced, and each and every game in the series that followed borrowed from in one way or another. Sometimes actual graphics are recycled, sometimes it’s gameplay concepts or characters. Either way, its influence is still felt to this day, in and out of the series.

More important to this list, it’s also Castlevania at its most unhinged. In most 2D exploration platformers, you might eventually unlock an item that lets you fly. In Symphony of the Night, you unlock the ability to turn into a bat and fly, then later, the ability to turn into intangible mist and fly, and then even later, the power to turn into an intangible mist that poisons enemies while allowing you to be completely invincible. In any other game, this might be overkill, but to Symphony of the Night, it’s just one thread in a tapestry of excess that no one, not even Iga himself, has been able to top. The gigantic bestiary of wonderfully rendered, memorable monsters, the huge selection of weapons, secrets, and exploits, the fantastic score, the entirely ridiculous character-power scaling, the additional playable characters of Maria and Richter; the list of things that takes it over the top is as long as your arm.

Symphony of the Night is too massive, too overflowing with creativity, charm, and content to deny. Even if it didn’t deserve the throne, it would no doubt take it by force, first by turning into a giant horse-man and electrocuting all comers, then beheading any survivors with a giant flying sword, then choking-out stragglers with a sentient blotch of poison fog.