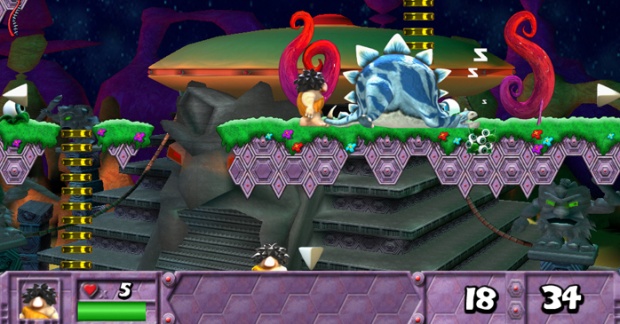 The Humans is not a new game — it first appeared on the Mega Drive back in 1982. However, it’s not s surprise to see that someone might want to remake the Lemmings-esque title, and Deep Silver has done just that, announcing the game for the DS and PC. Due out this September, the title boasts 80 levels in 8 different worlds, combining character skills and lots of puzzles.

Hit the jump to check out a trailer with some gameplay. It definitely looks cutesy, which may or may not turn some of you off.I have to admit I’m mostly curious to play it to see how much justice it will do to the original, which may or may not have been good due to the enormous retrogoggles I seem to be permanently wearing. Don’t worry, you’ll get old one day and get misty-eyed over the days when BioShock was the cutting edge. Just wait and see!