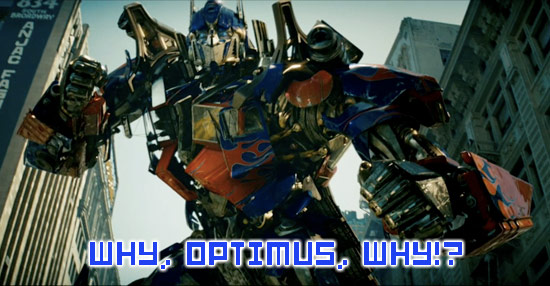 Just when you thought the high-def format war was nearing an end, something like this happens: Paramount Pictures and DreamWorks Animation announced that they will release their DVD titles exclusively on HD DVD.

If you were planning on getting the Blu-ray version of Transformers, Shrek the Third, or Blades of Glory, then this news has got to sting. It should be noted that films directed by Steven Spielberg will not be exclusive to either HD DVD or Blu-ray.

But why would Paramount/DreamWorks make a switch so late in the game? Some reports (thanks DVDDesign) suggest that cash (and lots of it) was involved. With the announcement of this new deal, HD DVD now has support from 12 movie studios, while Blu-ray has support from 10.

I’m sure those of you who have built up a decent Blu-ray collection are royally pissed off after hearing this news. We don’t blame you. This format war has gone on long enough.