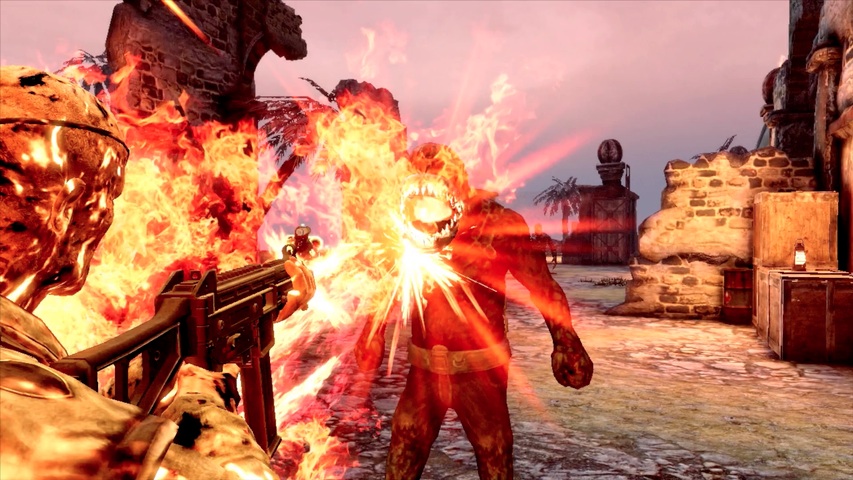 The winning title of 2010’s “Make Something Unreal Contest” is getting a retail PC release, thanks to THQ’s ValuSoft division. The Haunted: Hells Reach will be available on PC this October.

The Haunted runs players through 30 stages, choosing from one of four playable human characters to destroy over 20 very-not-human enemies. We’re talking using upgradeable weapons like chainsaws, witch hammers, and more to tear enemies to bits. It looks messy, to say the least.

We ran a trailer of this insane-looking game last September, before the title had a publisher. The developer’s original plans to release it for Xbox Live Arcade and PlayStation Network are still in the cards as well, but that’ll have to wait for a 2012 launch.