Arena-based Halo is back, baby

When we reviewed Halo 4, we really liked it. If you were to ask me personally, I was not enthusiastic about the game at all. Campaign aside, the multiplayer clearly lost sight of what made Halo multiplayer so damn fun in the first place. That was a real bummer.

And so, one can understand why I was wary of the direction Halo 5: Guardians‘ multiplayer would likely take. 343 has been promising that we would see a return to the classic arena style, and, after spending time with the early access beta over the weekend, the studio has delivered. 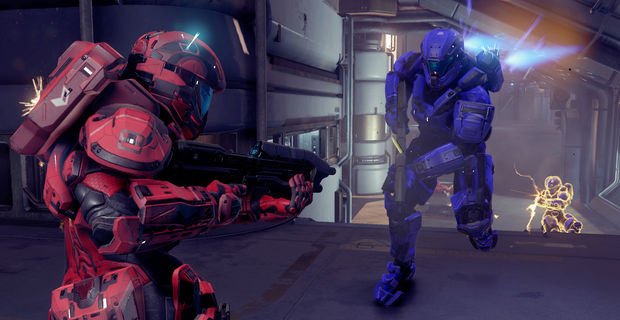 We’ve already talked more in-depth about the new mechanics in our preview from last month, and Chris listed some tips for the beta, so I’ll talk specifically about the small amount of content I saw from the early access beta and what I thought about everything in general.

For this weekend, there were only two maps and one gametype available. “Empire” is a smaller asymmetrical map that sits on the top of a skyscraper and “Truth” is a re-imagining of none other than “Midship.” The single playable gametype was plain old classic slayer. However, notice I said old — map control and effective team dynamic are key here just as they were in classic Halo.

From the limited content in the early beta phase, no loadouts or ordnance are anywhere to be found. Everyone always starts on equal ground. That is, everyone starts with an assault rifle and pistol, with the goal being to secure various weapons in key places (especially power weapons). It feels strange to describe this like it’s new again, but I suppose it is at this point. If you liked Halo before the fourth entry, you’ll feel at home here. However, it’s not without its flaws. 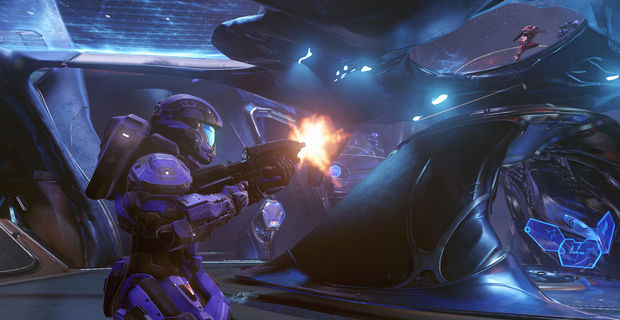 One thing I find strange is the gametype heavily focuses on securing power weapons, to the point where universal markers show their location (with a timer that lets everyone know when they will spawn again), and, if that wasn’t enough, someone announces when they’ve spawned. This felt forced. It really should be left up to the team to be cognizant of spawns.

The assault rifle is extremely overpowered, and the battle rifle’s burst fires so quickly it doesn’t feel any different from the DMR outside of no longer having a scope. I also feel the ADS (aim down sights) system is unnecessary as well as not being snappy or useful enough to help me in most cases. Quick-scoping, in its current sluggish form, also needs adjusting. Lastly, matchmaking was very unreliable at times — although this was a stress test, so hopefully it’s resolved for the actual beta roll-out. 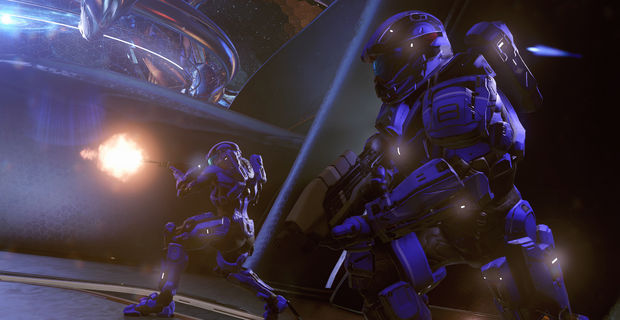 Minor gripes aside (it is a very early beta, after all), I’m loving the way the gameplay all comes together. Every entry in the franchise always feels like Halo should feel, but there’s something that separates it from the other entries: Halo 2 had dual-wielding, Halo 3 had equipment, and Reach had Armor Abilities. All of them added a unique element with equal pros and cons. Halo 5‘s unique gameplay component is maneuverability.

Halo 5 feels much faster than any other entry. I’m really digging that so far. Sprint is here to stay, every player has a thruster pack, and they can clamber onto just-out-of-reach ledges. Sprinting allows quick movement, but shields can’t recharge during its execution. Thruster packs allow for shoulder charges (while sprinting), quick dodging, and extra boosts for jumps.

A ground pound can also be performed in the middle of a jump by holding crouch (annoying for people such as myself who utilize crouch jumping by nature at this point), but I almost always get punished for using it and have never successfully fragged anyone with it. That’s exactly how it should be. 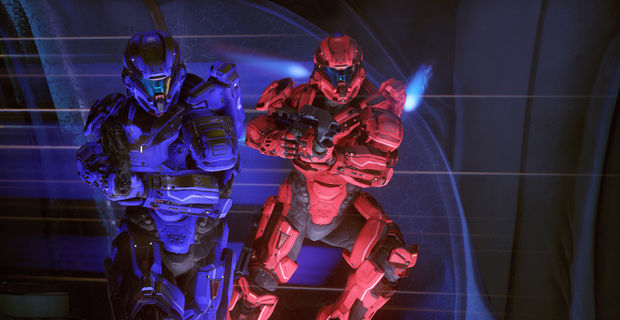 All these abilities already feel balanced, with maybe just the charge move needing some tweaking. The rest of the game feels very tight, and all the weapons on the two maps available look, sound, and feel exactly how I’d expect. It also helps that Halo 5 is a really pretty game as well.

As I’ve said, this is a small window into how the game’s shaping up. It also doesn’t represent the entirety of the three-week beta, with that set to have a total of seven maps and three gametypes unlocked over its span starting December 29. Having said that, I went into the beta skeptical but came away looking fondly back on what I had played. Honestly, it was a lot of fun and I’m hoping the rest of the beta (well, ultimately, the rest of the game) is just as fun.