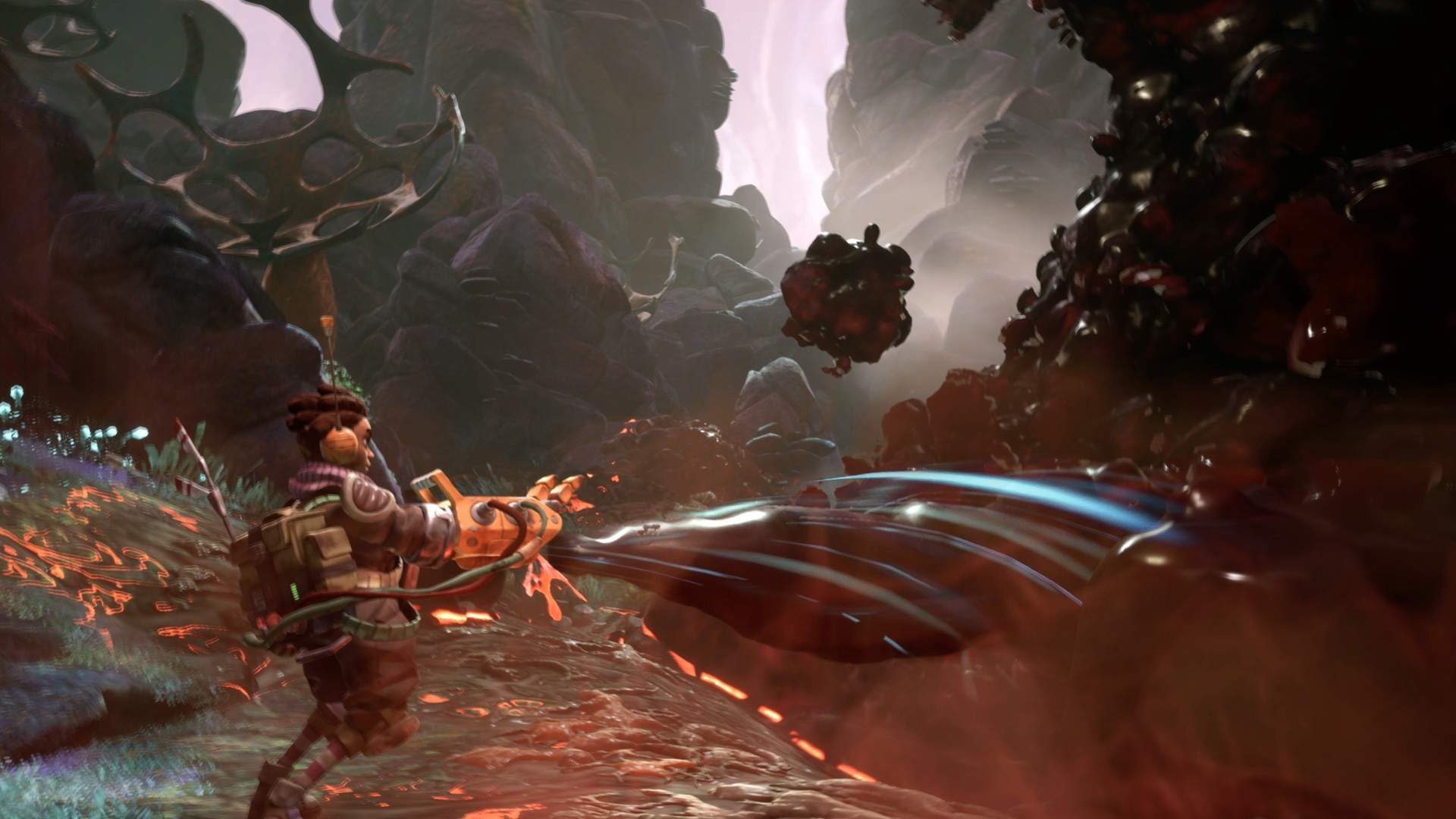 Has anyone else been wondering what’s up with The Gunk? We haven’t seen much of Image & Form’s upcoming 3D game, a major departure from the SteamWorld series, since its reveal a year ago. I’m not trying to rush ’em or anything, I’m just genuinely curious about this game, and wanted even a small sign of life. As such, I was stoked to see it pop up at Gamescom today with a new trailer and December 2021 release window.

The trailer isn’t revelatory, but it gives us a better idea of the scope.

Game director Ulf Hartelius is calling The Gunk a “story-driven sci-fi exploration game that really focuses on character development,” to give you a better idea. You’re part of a “space hauling duo” in search of anything and everything that can bring in cash from around the galaxy, and the titular gunk, an “undiscovered substance,” could be their big break.

I’m fully on board with the vile-goop-cleaning mechanic as a passionate Super Mario Sunshine defender, and aside from returning a desolate planet back to its former flourishing self, I also like the sound of scanning my surroundings to fill in a logbook.

The new footage is a little rough in spots. The Xbox One version is aiming for a “stable 30fps,” while the Xbox Series X/S and PC versions will support a “smooth 60fps” up to 4K.

When The Gunk comes to Xbox and PC at the end of the year (including Game Pass!), it’ll be an exclusive, and it doesn’t seem like that status is going to change.