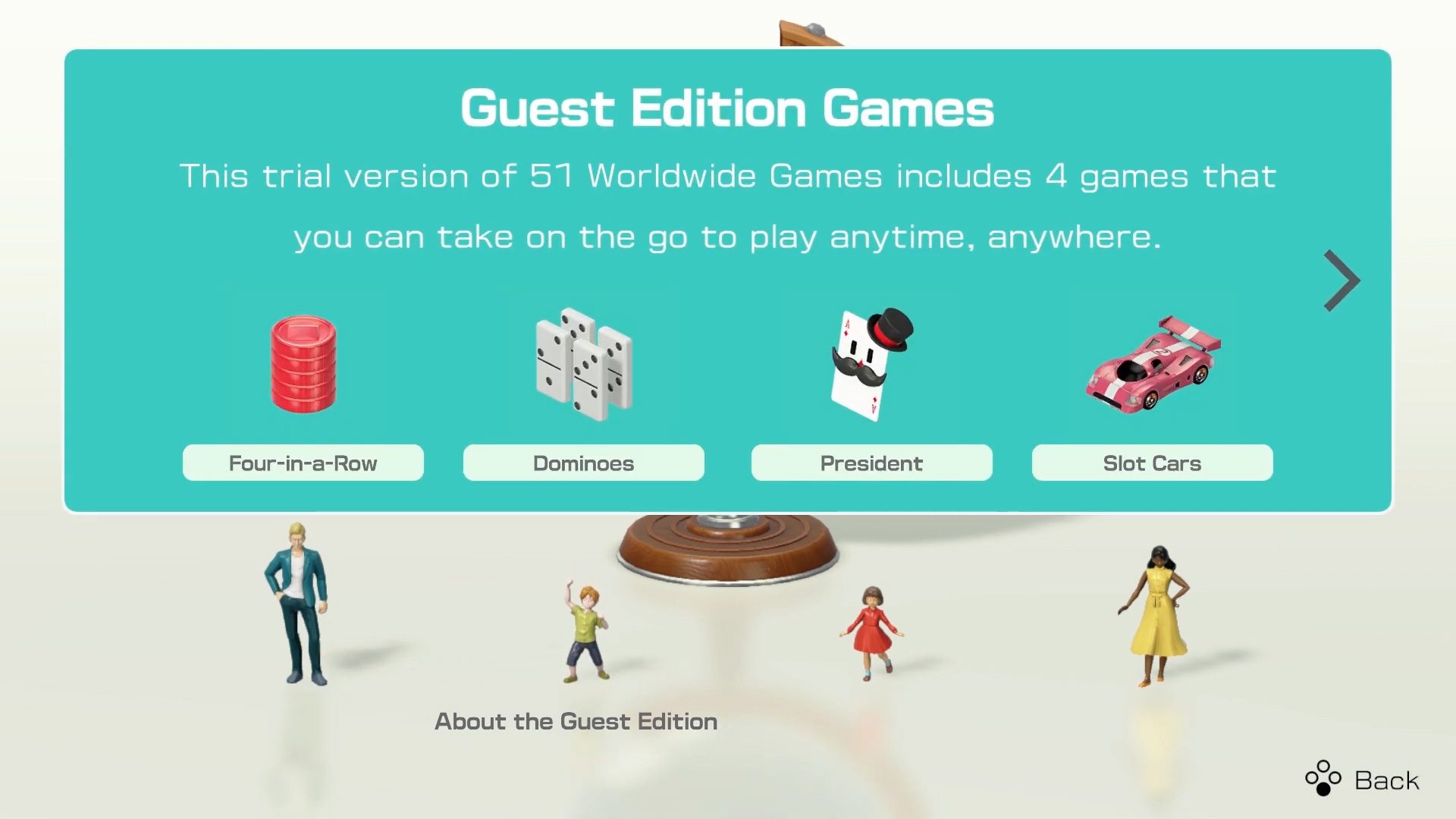 The surprisingly wonderful board, card, and mini-game collection Clubhouse Games: 51 Worldwide Classics will have a free companion app when it launches this Friday, June 5, on Nintendo Switch. We knew this eShop app would let multiple Switch owners play games together locally even if only one of them made the full $40 purchase, but there’s a nice bonus inclusion: four free singe-player games.

As Nintendo announced in Japan (via Siliconera), the so-called Pocket Edition of Clubhouse Games also includes access to Dominoes, Four-in-a-Row, Slot Cars, and the card game President. You can play them with the AI or via local wireless an “unlimited number of times,” according to Nintendo.

One of my favorite parts of this Switch collection is competing against bots, so that’s a cool freebie. Here’s footage of the app – known officially as the Local Multiplayer Guest Edition – from NintenDaan.

The Guest Edition also lets you read the rules for all 51 main games. Now, about the full version…

If you’d rather compete with your friends and family, you’ll still want to download this “guest pass” anyway to facilitate multiplayer if your group has more than one Switch console. Certain games with hidden hands (like Texas Hold’em, Mahjong, Hanafuda, and Last Card, the Uno equivalent) are only playable online, alone against AI, or locally with multiple Switches, which is where this demo fits in.

Did I lose you? Many of the 51 titles work with just one Switch, and EGM has a solid breakdown of exactly which games are playable in single-player, online multiplayer, and “same screen” multiplayer.

After reviewing Clubhouse Games, I’m genuinely stoked for the rest of you to dig into it on Friday and share it with others – it’s one of the most relaxing games I’ve played in a brutally unrelenting year.