Too tough for ya, huh?

I think I now know how Edward Nygma feels when he sets up an elaborate riddle to trap Batman, but Batman ignores the riddles and just socks him in the jaw. Unfortunately, this edition of the Great Retro Quiz had very low participation, and I’m not sure why. Was it the Twitter requirement, intended to keep people from just copy-pasting answers in the comments? Was it the long holiday weekend, and people just weren’t online to play a silly quiz? Or were the questions too hard to figure out without Googling? (You can totally use Google to answer them. I won’t know the difference.) 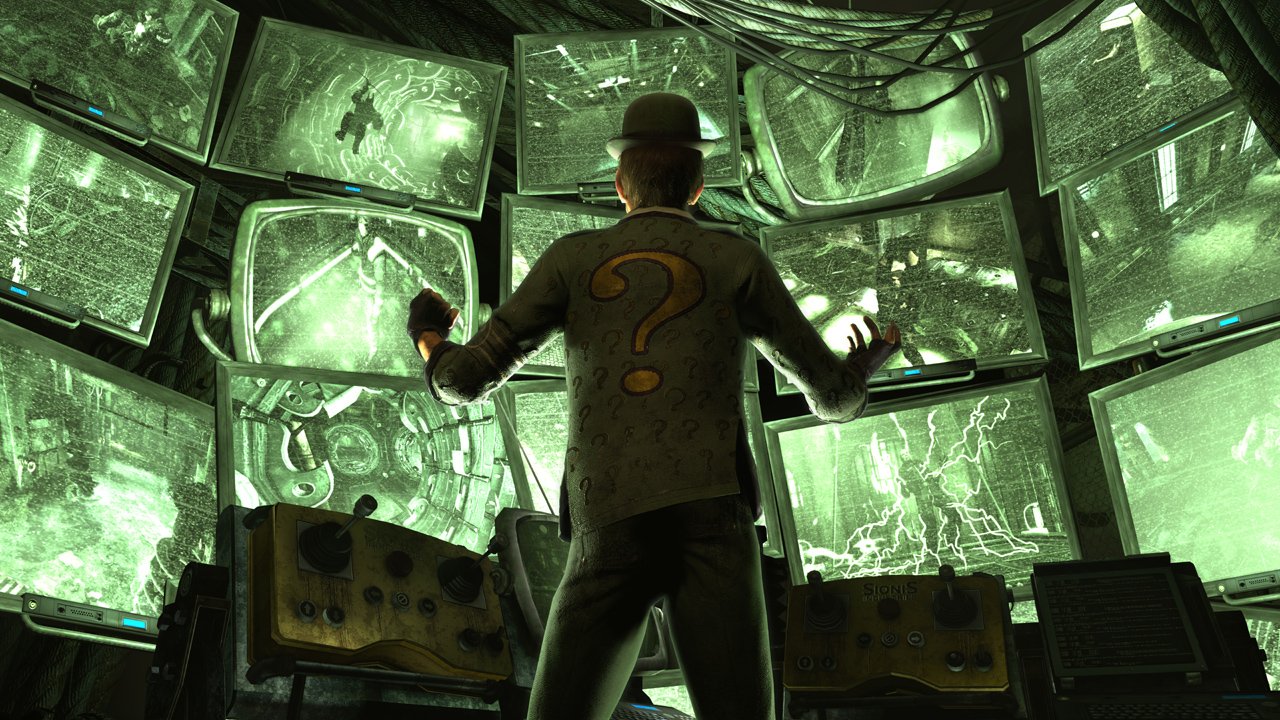 Whatever the reason might be, we only had three participants for 2017’s look back at the year in gaming. For those who’d still like to try their luck before reading the answers you can do so here, but it’s too late to enter for a chance to win the Steam credit. For the results, read on below.

Category: The Games of 2017
Number of questions: 25
Difficulty: Apparently way-tough

1. It’s easy to forget, but Resident Evil 7: Biohazard came out in January this year. What type of decoration will Ethan Winters probably try to avoid from now on? 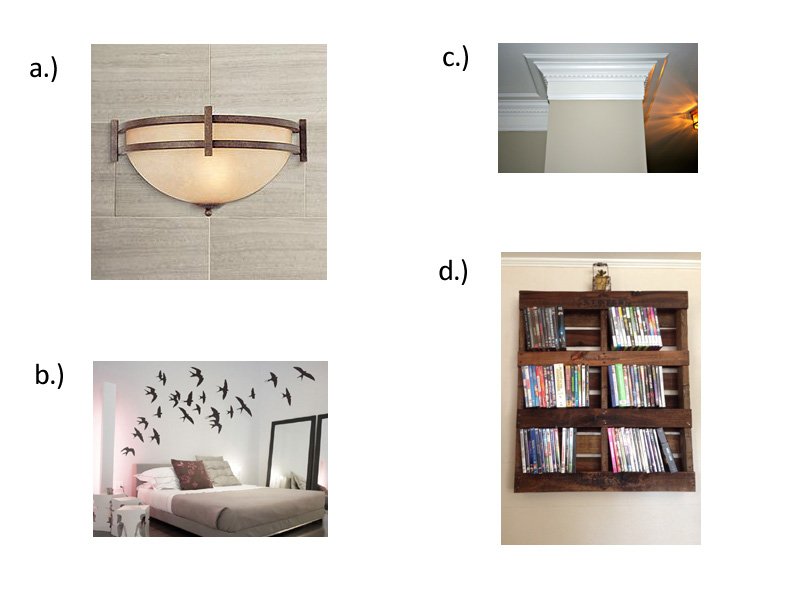 Answer: C. A is a Sconce, B is wall decoration, and D is a storage shelf. Ethan fought a new type of bacteria-based enemy called the Molded in RE7, and C is a picture of Crown Molding. While Ethan has good reason never to want to see another videotape again, the shelf in D only contains DVDs.

2. Mass Effect: Andromeda introduced a couple of new species to the franchise, along with some returning favorites. Which team member didn’t make the same journey as the others?

Answer: D. Jaal is an Angaran, a member of a species native to the Andromeda galaxy. The others all came to Andromeda from the Milky Way galaxy on enormous transport ships.

3. In Gravity Rush 2, what input do you use to cancel gravity?

4. Which faction does NOT appear in For Honor?

Answer: C. There are no Spartans in For Honor. But we’ll probably get some Spartan-on-Viking action when the new God of War game releases later this year! 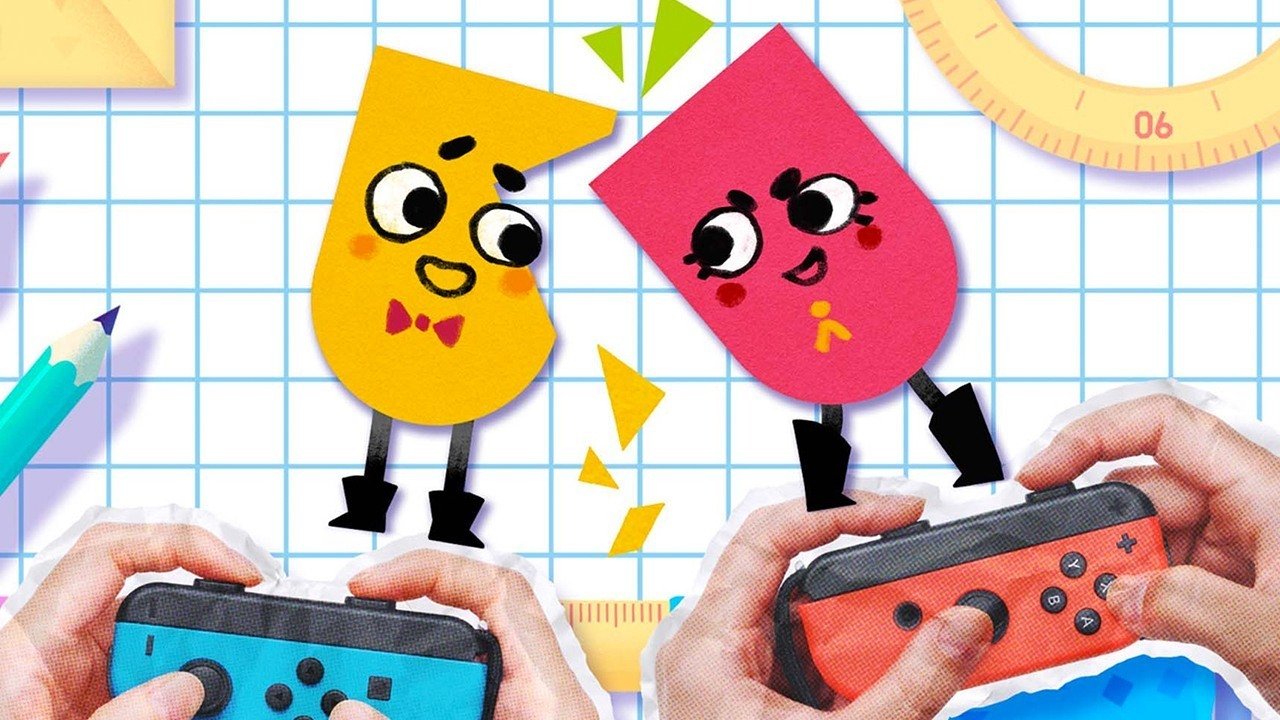 5. The Switch launch game Snipperclips was developed under a different title. What was it called while it was still in development?

Answer: A. B and C I made up, but D was inspired by something else.

6. True or False: The Legend of Zelda: Breath of the Wild actually sold more copies than there were Switches to play them on.

Answer: True. Even discounting the fact that the game released on two platforms, 200,000 more Switch copies of Breath of the Wild sold than Switch hardware from April to November.

7. Which of these games were included on the SNES Classic edition? 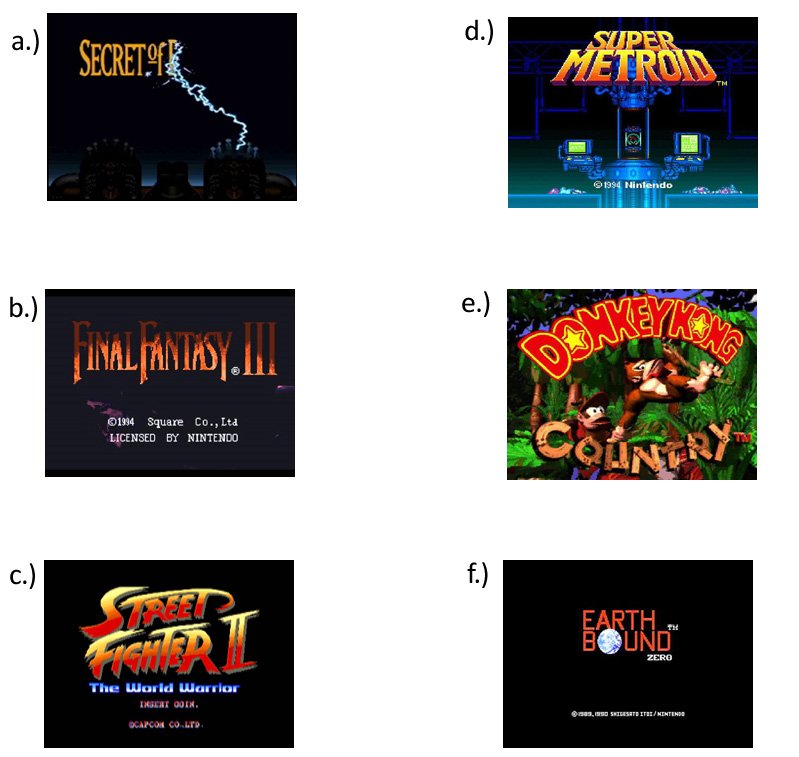 Answer: B, D, and E. Secret of Mana was included on the miniature SNES, but A, the semi-sequel Secret of Evermore was not. Similarly, C is a screenshot from Street Fighter II: The World Warrior, which was the original arcade version. You never need to insert a coin on the SNES! The version of Street Fighter II included on the SNES Classic was Street Fighter II Turbo: Hyper Fighting. Finally, Earthbound was included, but the screenshot shown in F is from Earthbound Zero, a fan translation of the original NES Mother. A previously unreleased version of this game was sold on the Wii U’s Virtual Console in 2015 as Earthbound Beginnings.

8. Which Transformer would Aloy from Horizon: Zero Dawn be most likely to encounter?

Answer: A. Aloy’s world is infested with robot dinosaurs, and Grimlock is a robotic Tyrannosaurus Rex, the leader of the Dinobots.

9. Which of these Overwatch characters was NOT introduced in 2017?

Answer: B. Akande Ogundimu is better known as Doomfist, Moira O’Deorain goes by her first name, and so does the robotic quadruped Orisa. Olivia Colomar was revealed to be the true identity of the hacker Sombra in a comic late last year. The other three were released in 2017, but Sombra made her debut at Blizzcon in November of 2016.

10. Each of these games was remastered and/or re-released in 2017. List these in order of their source material’s U.S. release dates.

Answer: D, A, B, C, E. Wonder Boy 3 released in 1989 for the Sega Master System. Metroid II: Return of Samus hit the Game Boy in 1991. Full Throttle was one of the first LucasArts games to feature speech, and it launched for PCs in 1995. The first Crash Bandicoot for PlayStation released one year later in 1996. And StarCraft first came out in 1998, but was updated as recently as last year!

11. What do Yooka-Laylee, A Hat in Time, and Mario + Rabbids Kingdom Battle all have in common (apart from cute, bouncy protagonists)?

Answer: All three had music contributed by longtime Rare composer Grant Kirkhope. While I’d love to see A Hat in Time on Switch, it’s currently only available on PC, PS4 and Xbox One.

12. If Chloe Frazer and Nadine Ross were searching for a Pokémon in Uncharted: The Lost Legacy, which would they most likely be looking for?

Answer: C. Donphan is an elephant Pokémon, and Nadine and Chloe are searching for the tusk of Ganesh, the Indian god with the head of an elephant. Kabutops is a fossil Pokémon, but Chloe is an archaeologist, not a paleontologist.

13. Which of these superheroes belongs to the Freedom Pals at the beginning of South Park: The Fractured But Whole?

Answer: B. Stan’s alter-ego Toolshed works with the Freedom Pals, but is willing to cross faction lines and ally with your character, The Amazing Butthole.

15. Which of these is a command Franklin can perform in Thimbleweed Park?

Answer: D. Franklin is a ghost, so his commands are different from most of the other characters. He has to manipulate his environment more subtly, but gains some power over water and electricity.

16. The boss of the Chemical Plant Zone in Sonic Mania is loosely based on what food item? 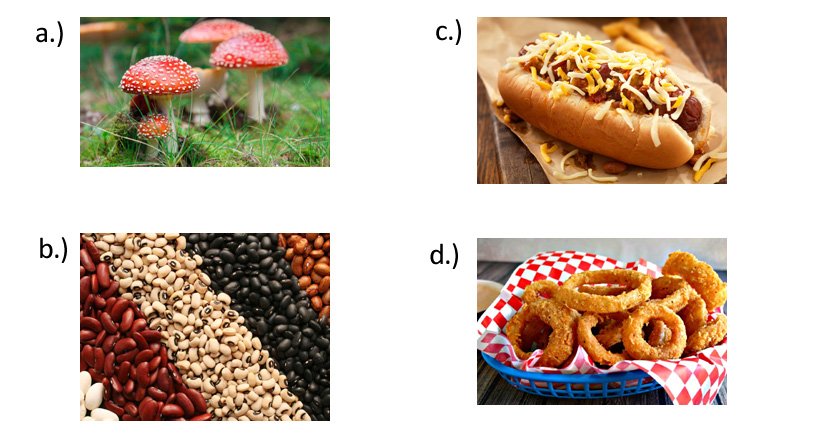 Answer: B. The surprise boss of this zone is a quick match of Puyo Puyo, better known to late-90’s Genesis fans as Dr. Robotnik’s Mean Bean Machine. Sonic’s definitely into Chili Dogs and Rings, but Mushrooms are more of a Mario thing.

17.) Which of these subclasses was introduced for the Hunter in Destiny 2?

Answer: A. All three of the other Hunter archetypes were introduced in the original Destiny.

Answer: C. Mr. Grizz is a statue of a bear who pays handsomely for golden Salmonoid eggs. It’s fun, just go with it.

Answer: A. Moe Szyslak’s “Funk Dancing for Self Defense” course matches up nicely with Persona 5‘s unique user interface, as you can see here.

20-25. Super Mario Odyssey contained lots of clothing options that were callbacks to earlier Mario roles. Where did each of these costumes originate? 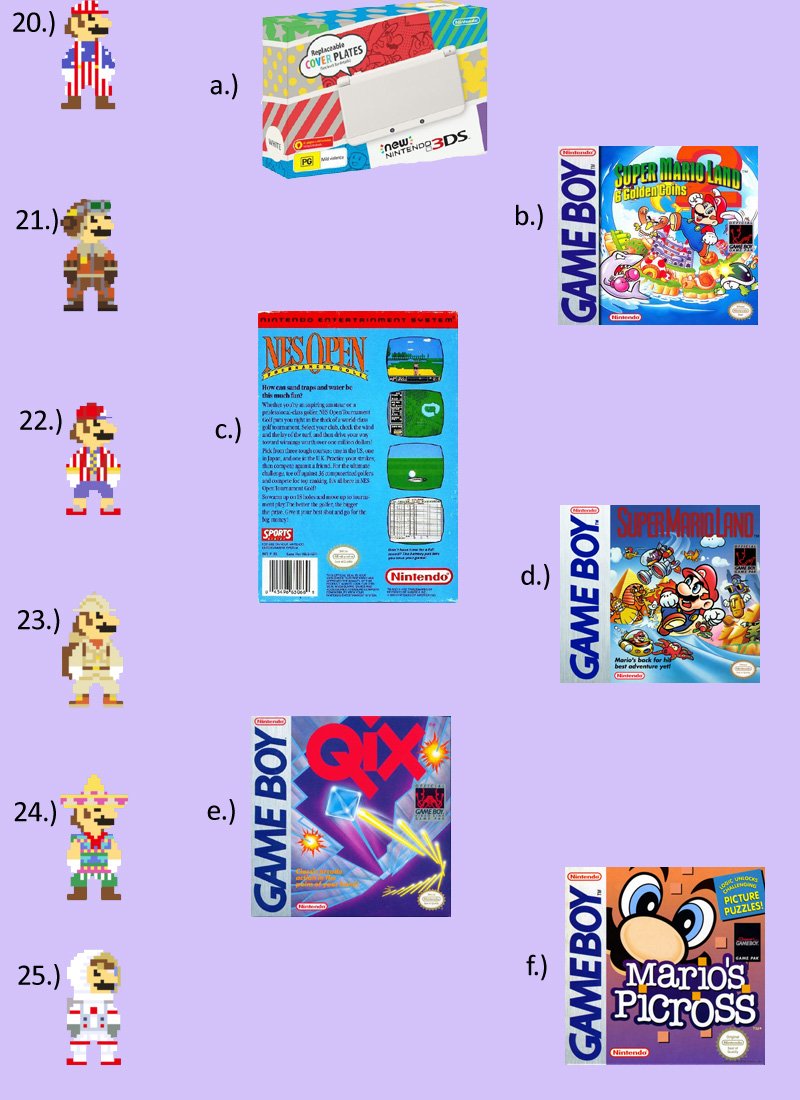 So how’d you do? Our winner this time was Andy with 23 correct answers. Not only did they earn a Gold Retroid badge, but they’ll soon be contacted with their prize, a $20 Steam gift card! For all the legal stuff, you can read the rules underneath the original post. Andy, please let me know in the comments or via DM how you’d like me to contact you to receive your prize.

As I mentioned, we only had three entries, and I’m not sure why. Let me know in the comments! I enjoy making these, but if people aren’t going to participate there’s not much point putting the time in. Congratulations to Andy, until next time…

Filed under... #A Winner Is You!#AMAZING#Destructoid Originals#retro#The Great Retro Quiz