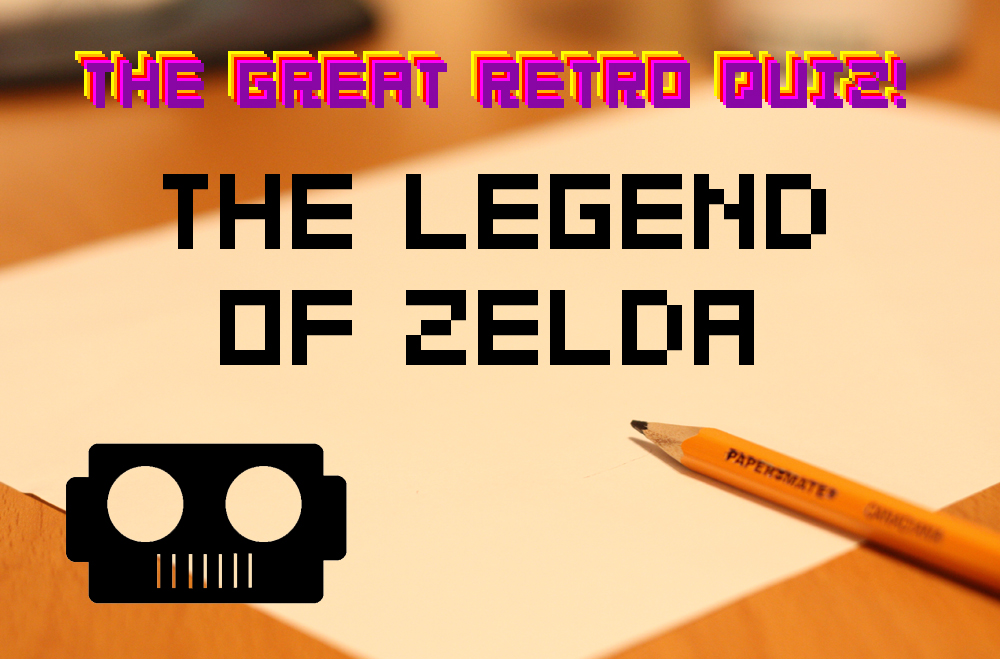 Merry Switchmas! Like many of you, I’ve spent the last couple of days exploring the various nooks and crannies of Hyrule in The Legend of Zelda: Breath of the Wild. I’ve really been enjoying how I can take the game with me into any room in the house, but then again, I was one of those weirdos who would play the Wii U in bed from time to time.

Anyway, the whole world is diving into a Zelda title right now, which makes this the perfect time to put up a retro quiz about the series! Now, Chad did cover The Legend of Zelda in a retro quiz back in 2007, but his quiz only covered the original game. This one will take a look at the entire 30 year history of the franchise.

What would a quiz be without prizes? I have some options for our eventual winner this time. Whoever gets the most questions correct will get a code for their choice of the following: Drive!Drive!Drive! (PS4), Nights of Azure (Steam) or Altelier Sophie: The Alchemist of the Mysterious Book (Steam). You can leave your answers in the comments below, and we’ll leave it open until 12:01 AM Pacific time on March 12. If there’s a tie, whoever gets their answers posted first will be the winner. When you’re writing your answers in the comments, be sure to mention which prize you’d like. Official rules follow the end of the quiz. Let’s get started!

1.) The original Legend of Zelda had some design elements that didn’t exactly match up with Nintendo’s code of conduct in 1988. Which of these was against their code at the time?

a.) Link sets other characters on fire using the candle and magic rod
b.) Christian iconography on Link’s shield promotes one religion over others
c.) The fairies in the fountains are actually naked (though the sprites are too small to tell)
d.) “Magic Potion” resembles cough syrup and could be seen as encouraging drug use

2.) Zelda II: The Adventure of Link was famously delayed for what reason?

3.) The Legend of Zelda was a hugely influential game, and homages began showing up not long after its release. Which of these had a reference to Zelda?

4.) Speaking of references in other games, several items from The Legend of Zelda have made their way into Super Smash Brothers. Which of these has NOT made an appearance in Smash?

5.) The Zelda series is one of Nintendo’s most prolific. Not counting re-releases, how many games set in The Legend of Zelda‘s universe have been released in the United States by Nintendo or their partners?

6.) List these games by how many heart containers are available, from least to most.

7-12.) Ocarina of Time‘s success meant that most games that followed contained a playable musical instrument of some sort. Put these in order of when they first appeared in a Zelda title.

13.) Although Rupees are usually the currency in a Zelda game, sometimes Link collects something else instead. Which of these titles didn’t have a single Rupee in it?

14.) If you fail in Zelda II: The Adventure of Link, you’ll see a silhouette of Ganon and hear his evil laughter. In which other NES game might you have heard this same sound effect?

15.) The Legend of Zelda: Oracle of Ages and Oracle of Seasons could be linked together to unlock some additional content. Which of these was NOT available in a linked game?

a.) Special rings could be passed between the games and equipped
b.) A third quest opened up called “The Mystical Seed of Courage”
c.) A secret boss fight could be accessed after beating both games normally
d.) You could start the game with four hearts instead of three

16.) True or False: The original Legend of Zelda is so open-ended that you can beat the game without ever picking up a sword.

17.) The original Legend of Zelda came with a map of the overworld packed into the box, but some of it wasn’t filled in. How many screens were missing on that map?

18.) How many notes play when you meet a Korok in The Legend of Zelda: Breath of the Wild?

19.) Which of these towns from Zelda II: The Adventure of Link is NOT the name of one of the Sages from Ocarina of Time?

20-23.) Zelda games often have a special bonus if you buy the first edition. Match these bonuses to the title they came with.

24.) Which of these items can be purchased in A Link to the Past?

25.) Vaati replaced Ganon as the main villain of the Four Swords games. With what element is Vaati associated?