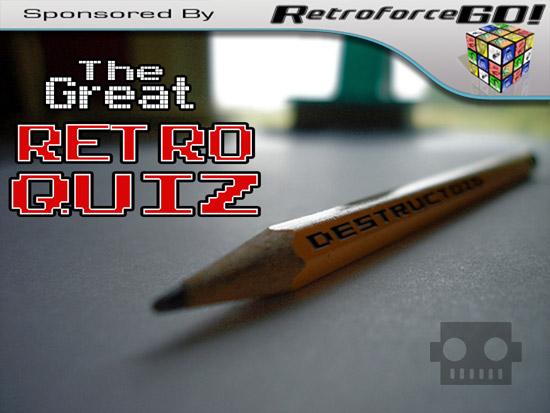 Welcome, everyone, to another edition of The Great Retro Quiz! I am extra excited about this week because it is all about Final Fantasy IV (or “II” as I will always remember it) for the Super Nintendo Entertainment System.

Not to get overly sappy or anything, but this game changed my life when it was released and is still one of my favorites of all time. In fact, I have played though Final Fantasy IV so many times that I pretty much know it inside and out. Do you? Show me up by taking this quiz and proving that you are the biggest fan of the game and I have no idea what I am talking about. The gauntlet has been thrown down!

Unfortunately, I don’t have anything Final Fantasy-themed in my bag of goodies to give away as a prize this week. The closest thing I have … hmmm … (*sorting through contents*) … well, the closest thing I have is this figure of my favorite Pokémon (Snubbull!). How are they similar? Um … both Final Fantasy IV and Pokémon are RPGs?! Yeah, that’s it!

Hopefully by now you know the routine: just post your answers in the comments and check my community blog tomorrow for the correct answers and the dramatic results. Whoever gets the most right will win (in the case of a tie, I will have my pet chocobo randomly choose a winner by tempting her with some lush Gysahl greens)!

Just like the game, this quiz is epic. Grab a couple of elixirs, prepare yourself, and … good luck!

1. At the beginning of the game, Cecil commands a ruthless airship fleet. What is the name of this fleet?

a. The Red Wings
b. The Dark Wings
c. The Black Wings
d. The Blood Wings

2. Ridiculously easy question of the week! Which of the following is not one of the fabled overworld ?

3. Out of all the playable characters in the game, how many can use black or white magic?

4. What is in the mysterious package that Cecil and Kain deliver to the ?

a. The Oasis
b. The Desert Sapphire
c. The Earth
d. The Sand Ruby

7. Every playable character in the game possesses a “special move.” What is Yang’s?

8. You are looking through the personal ads one day and stumble upon this interesting excerpt: “My name is Larry. I am a fairly large creature that has a hunger for Summoners and an unfortunate habit of capsizing helpless boats. I also love long walks on the beach and cuddling.” Who wrote this?

12. Why does Cecil have to Ordeals?

a. To find an ancient sword
b. To rescue c. To become a Paladin
d. To reach a secluded town

Match the fiend with the element they represent:

17. It’s the Dark Elf’s birthday and he is throwing a party in his cave. Which of the following presents would guests not be advised to bring?

a. A plastic chocobo toy
b. A wooden shield
c. A silver bracelet
d. A glass vial

Hero alert! Match the character with the sacrifice he makes to save the party:

20. Blows himself up with a bomb

21. Blows himself up disarming the Super Cannon

23. Which of the following spells would be most effective against the below enemies?

25. Ridiculously hard question of the week! How many dwarven tanks attack the Giant of ?

26. Ridiculously hard question of the week – Part 2! What is Edge’s last name?
a. Eblan
b. Geraldine
c. Pollendina

27. The ship used to fly to the moon is named (and shaped) after what creature?

28. During the epic final battle, who does the party fight first?

After the events of the game …

29. … Cecil decides to apply for a “real” job (he is sick of being king) and is filling out an application at Baron’s item shop. When the form asks about his race, what box would Cecil check?

a. Dwarf
b. Human
c. Hummingway

30. … Cecil and Rosa have a baby together and decide to name it (of course!). How would newborn be related to the character Golbez?