[When I think of games that let us escape, I usually think of eighty hour RPGs or games with really deep mechanics. AwesomeExMachina shares with us how even ‘casual’ party games or No Fail mode on music games can serve as an escape. Want to post your own article on this month’s topic? Publish it now on our community blogs. – JRo]

As a gamer, I’m no stranger to escapism. When I get stressed out and land back on my couch after shuffling papers at work or dodging Chicago traffic on my bike, there’s nothing quite like disappearing into mini-maps, save points, and level ups. There’s something so incredibly satisfying about that time-vortex that forms when you drop into a game so good, you forget that you’ve been playing for hours.

When I step into these video game vacations, I operate in one of two modes. Either I’m wrapped up in a single player experience, over-analyzing character motivations and narrative structure, or I’m playing online with friends and insulting the promiscuity of other player’s mothers. But there exists a third state that, though rare, is one of my favorite forms of video game escapism. And it starts when someone breaks out those ridiculous plastic guitars and finds batteries for the Wiimotes. Because beyond all the complexity and frills of modern gaming, I still absolutely love goofy party games.

Hit the jump to find out why.

Your big singleplayer and online titles give you plenty of worlds to disappear into, but party games offer their own form of escapism. Instead of leaving the world outside and settling into your own little universe, party games drag everyone else in with you. It lets a whole bevy of players form a little bubble of ludicrous waggling and spinning drumsticks. The escapism offered by the successful kick-off of a round of party gaming doesn’t escape the world like you’d expect, but instead lets a small group of players escape awkwardness and unfamiliarity. 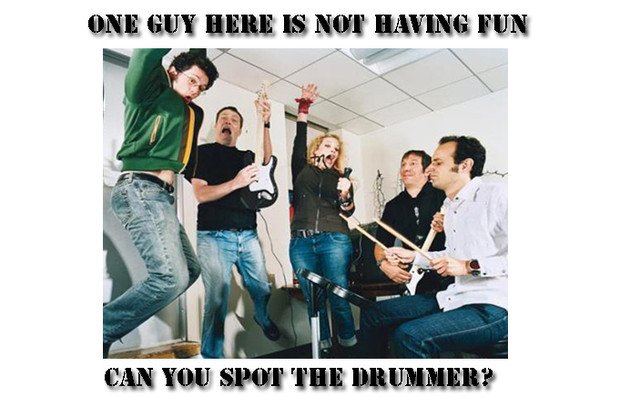 When you get a group together, be it strangers or close friends, party games will constantly provide you a chemical reaction of downright solid awesome. Complete strangers are belting out Beatles songs and taking turns trying to learn how those funky drum pads work. Players are trying to use the Wiimote in a burst of vague instructions from Wario to somehow make a cat not sleep or to slap a brick wall. Hardcore gamers are teaching those completely foreign to the whole idea of a controller how to play games, and casual players are blue-turtle-shelling the crap out of otherwise dedicated console enthusiasts. It’s often so perfect, I become concerned Nintendo’s marketing department is hiding behind a bookshelf, recording these events for their next commercial.

There’s no doubt that party games often get a bad rap for often containing flimsy rules and unfair circumstances. These games can constantly undermine your skill level by awarding gold stars to players for completely arbitrary reasons or saddling one player with a superbly challenging mini-game and another with an objective to merely sweep a virtual broom. 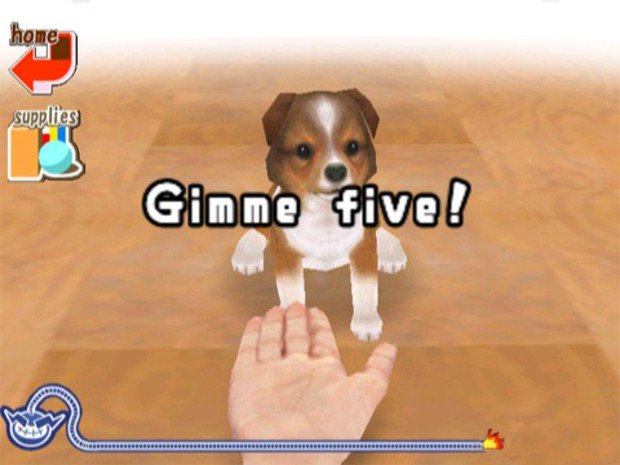 But this is why these games work so well in a party environment. When the game’s boundaries are consistently unfair, the player just simply can’t become invested in the competition. They have to accept the anarchy of rules and instead get lost in the experience. This is precisely why options like No Fail Mode exist. Goals become secondary to the journey.

This is the where all the fun comes from. It’s not the game, which are often barely games at all. Minimal button presses, inaccurate wiggling, and frantic imprecise controls. Instead, the fun is crafted outside the game, in a living room full of people falling over as they try to bowl a strike backwards from across the room. All the party game fun comes from, well, the party.

Party games also have another side-effect that smooths out the experience. They have a wonderful habit of balancing out the playing field. Games like Mario Party and Warioware bury the need for experience and earned talent under layers of flashy chaos and frantic remote waggles. Normally, snuffing a player’s hard-earned talent and finely-tuned motor skills in favor of making a game more accessible to new players would enrage most. 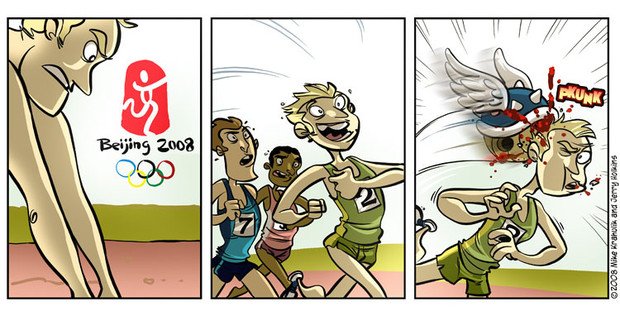 But party game players are playing for a different goal. When you throw that wrist-strap on or ready your pinkie finger on the orange button, you’re not really committing yourself to winning. Sure, you want to snag that victory so you can display your best touchdown dance. And without an objective and a goal that can be claimed, it’s not really a game, is it? But the usual competitive nature of First Person Shooters, plagued by unimaginative obscenities and painfully vocal thirteen year olds, is replaced by friendly rivalries and booze-filled sociable jeers.

Party games are a rare breed of the video game world where players don’t fret over their kill-count or scour the leaderboards for their score. There are no intricate combo patters or weapon spawn orders to memorize. No cut-scenes to wait through or story elements to consider. In fact, there’s rarely any of the usual over-use of sensationalism and violence of big name games. Unless you count when you accidentally punch your friend in the face trying to make a Wii Tennis serve.

There’s certainly nothing wrong with breaking out a singleplayer game and camping out by yourself on the couch with a half-eaten pizza, no pants, and an infinite sandbox world of fantasy gaming. But, party games provide you an escape from the conventional competition of challenging and complex mainstream games. So as long as you’re willing to keep those pants on until at least the last three bars of Don’t Stop Believing, party games can offer the perfect storm of escapist joy.