[Ed Note: Alakaiser talks about what immersion/escapism really means to us and why video games (and other forms of media) can get away with things we would normally consider unrealistic. Want to post your own article on this month’s topic? Publish it now on our community blogs.]

When I saw this month’s topic for Monthly Musings, I had the same reaction that most people had as far as a topic to write about – escapism lends itself to plenty of discussion about entering into a fantasy realm, either as a diversion from a particularly mundane stretch of your life, a stress release from something unpleasant, or a variety of other themes that fit in this same area.

What it boils down to, though, is that this form of escapism is all about getting to act on ideas or impulses you can’t act out in reality. No matter how hard you try, you can’t practice Yoga long enough to spit out balls of fire, you’re not going to fly into space and kill evil space aliens, and you can’t travel around the globe as fast as Jack Bauer. These are all things that books let us imagine, movies, and television let us experience, and games let us feel like we’re doing.

Why is it, then, that it’s impossible to let go of reality while living out these fantasies? Hit the jump to find out.

SPOILER ALERT: There’s a bit of an Assassin’s Creed 2 spoiler in the text for one of the images. If you’re worried about that kind of thing, proceed with caution. As always, this is the only warning.

To explain what I’m talking about, usually this sort of thing is described as “immersion”. For me, I always go back to “willing suspension of disbelief,” a term you might have heard in English class. Simply put, it’s the ability to look at a work of fiction and say, “Yes, this might be completely impossible, but this story isn’t real, so I’m going to ignore that.” Usually, this is done on a subconscious level. The more you’re actively thinking about how real something is or isn’t, the less you’re focusing on the more important elements of the story.

For the most part, this isn’t a problematic issue. Sure, it seems entirely unlikely that Ezio Auditore will be able to climb up a billion conveniently-placed nooks and crannies to get to the top of that tower (and, boy, did the “It’s a me, Mario!” line drive a friend of mine crazy), but it is such a minor quibble that it’s hardly noteworthy. And yes, cops don’t usually draw their guns just because you rear-end them, and they usually do care if you run that red light, but these are things that don’t matter in Liberty City. 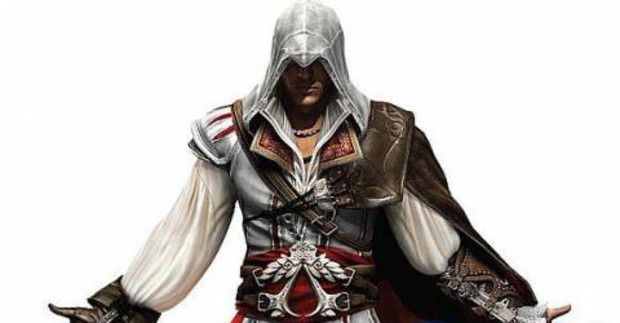 To me, these things are more noticeable in games that present themselves in a “realistic” fashion. Sure, Ryu can shoot balls of fire out of his hands, I have no problem with that. But wait, you’re telling me I can grind a telephone wire on my skateboard, jump off it, and land safely into a half pipe? Hell no. I’ll have no part of that.

Seems kind of silly, doesn’t it? I remember one of my earliest observations of Rock Band was how the singer could stage dive, and then was back on stage belting out that last chorus before I could even say “Don’t Stop Believing”. It seemed a bit jarring to me, at the time. I realized, however, that it had zero impact on my enjoyment of the game.

I always work under the ideal that you have free reign in works of fiction. You want to make a version of America that’s almost completely accurate, except that everyone is a nudist? Go for it, it’s your story. Make a story where tigers are born with a shotgun attached to their back. No one is stopping you. It’s fiction! It’s not supposed to be real. Some ideas might seem too over the top in an otherwise realistic setting, but if you think you can make them work, don’t shy away from it. 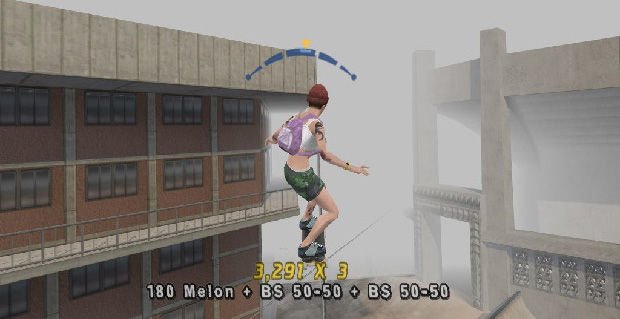 These games were always a realistic hobby portrayed in a very unrealistic way. That never stopped me from enjoying the hell out of THPS2.

I could continue with examples of this all day long, but my point is this: no matter how much we want to immerse ourselves in a world that is different from the one our real life takes place in, most of us can never do it entirely. We know what is real, and we will eventually return to that real world. While we’re immersed in this other world, however, it’s a good habit to just let go.

Don’t worry about space marines getting killed by peaceful woodland space aliens with primitive technology. It’s unimportant. What matters is the story that is told with these elements — and in the case of video games, if the things you are controlling make for an enjoyable escape from reality. If something in a game (or movie, or show, or book) removes you from that escape, ask yourself this: “Does this really affect how much I’m enjoying this?”

For me, that answer is almost always a resounding no. Don’t worry about keeping that foot in reality, just jump in. Reality will be waiting for you when you’re done.