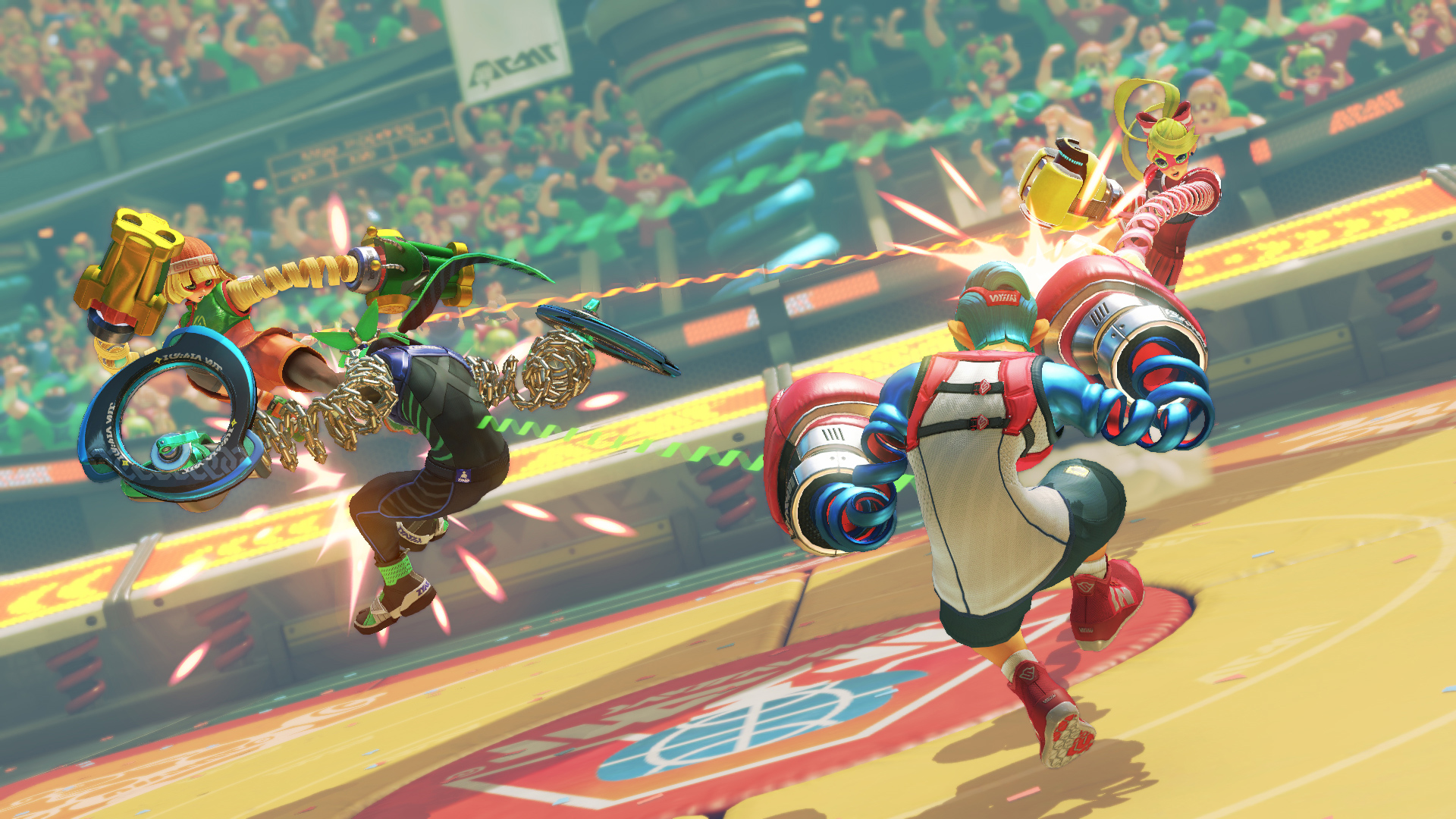 It’s too early to call, but the trial sure is polished

After an hour spent with Arms in tonight’s limited-time, limited-content Global Testpunch demo, I’m feeling… pretty good about it? Yeah, I think so. Not over the moon, but good. Nintendo has come up with an accessible enough but still nuanced take on fighting/boxing games with tons of charm.

Seriously, these characters rule, and that’s going to have a substantial impact on its appeal as a new IP. After a few short matches, you’ll know your personal favorite fighter and your loathed arch nemesis. For me, that’d be noodle gal Min Min and Flubber: All Grown Up leading man Helix, respectively.

I played about half of the hour-long Testpunch block alone, half partied up with a local second player, and all with the Pro Controller (to keep the learning curve as brief as possible). Based on what I’ve heard in our staff chat and elsewhere, that was a wise decision — the Joy-Con controls sound divisive and like they’ll take some acclimation compared to the more traditional gamepad scheme.

There were one-on-one matches where people clearly didn’t know what the heck they were doing, one-on-one matches in which I surely looked like a flailing doofus, and even a handful of tethered-together tag-team fights and free-for-alls. It was enough of a taster to tell me if Arms is my kind of game (it is, as an occasional, not-skilled fighting game fan), but not so much that I got a full feel for the demo’s partial character roster and very limited collection of arm types. That’s reassuring.

The Testpunch didn’t leave me with that same overwhelming “I need this yesterday!” rush that the early trial for the original Splatoon instilled, but I’m liking it — the core long-armed fighting design — a lot more than I thought I would. I’m liking the explosive volleyball mode precisely as much as I thought I would in 2v2, which is to say it’s love at first sight. It’s so much fun in split-screen.

If you missed out tonight, there will be more chances to play Arms this weekend (find the full schedule over here). I suggest you try to get in at least one of the sessions, if at all possible. You might end up liking it more than you imagined once you go hands-on (or vice-versa!).