[Dtoid community member Solar Pony Django shares with us what gaming has given him. Its something most of us can relate to in all sorts of ways. Want to see your own stuff appear on the front page? Go write something! –Occams Electric Toothbrush]

To me my favorite gift of gaming is all of you. The community, each person makes it feel unique and for the most part makes me feel welcomed here. However, I’ve been a part of a few communities before stumbling my way to Destructoid and I’ve brought a little piece of them with me. So I’m going to go over them. Starting with a game that I have way too many hours in for a genre I don’t play that much: Team Fortress 2. 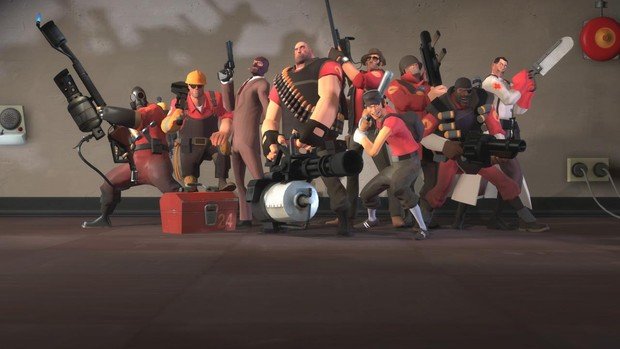 To start with we have Project Mayhem and a video I had forgotten I had recorded in the first place. Recorded back on my toaster of a laptop, I was part of a community called Project Mayhem (yes, it was based upon Fight Club). All the people in it were really friendly for the most part and having watched this video again it made me feel a little sad. This community is no more which is a common them sadly. Project Mayhem is definitely a place and moment that holds a special place in my heart.

I played on Project Mayhem a lot during my Freshmen year of college, I didn’t happen to know anyone at my college so I was a little bit of a shut in. I would almost always get on and play for 3-4 hours every night on that toaster, just chugging away. It’s amazing how I thought that laptop was so cool but it could barely even run Team Fortress 2. I would talk with YellyVonHollerlots, Vish, Bella, Sandwich, Raist and a whole lot of others and it was a really good time. It made me forget about how lonely I was and may have contributed at least a bit to my poor grades during that time.

In order to become a full member of Project Mayhem you had to do some silly little assignments, each worth a different amount. The silly assignments were really fun though, as you had to post proof in the forum and that would in turn get you talking to more people and becoming closer knit (much like the community blogs actually). Some were simple such as the above video where you film all the mods you have installed. Some were a little harder but required more of a community effort.

Nothing too hard, as an admin could flaunt their skills and help push you along such as the “get every player named after a certain theme” (mine was Mega Man) and post a screenshot of it to the forums. I liked them so much that I donated money and become a junior administrator. Sometimes I went a little…crazy with the power, mainly kicking people that made fun of my religious beliefs. It was before I learned to just tune it out since I know they were just trying to get a rise out of people.

But somewhere along the line the servers sadly died. Not enough people were contributing money and the server administrator didn’t have enough to do it by himself, which I totally understand. So I moved from that Team Fortress 2 community on to The Halolz server. Which is also dead. I stayed their another year and moved my way up the ranks again, nothing as high as an admin this time but I had a lot of fun there since Halolz was definitely more silly based. I’d actually love to play with my fellow Destructoiders but people aren’t on the server that often.

But that’s only one such game, there’s another that I hold close and dear to my heart, I yearn for it frequently actually when I play the sequel and that game is. 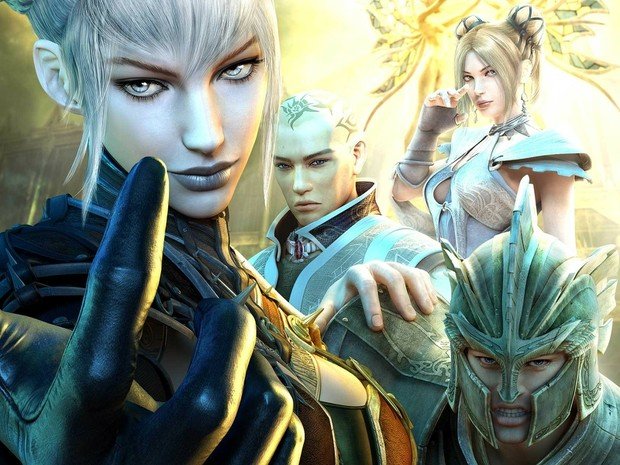 I have fond memories of Guild Wars 2. I became a part of a relatively active guild. However, my favorite memories are from the original Guild Wars. That game is almost ten years old now. Kind of hard to believe that I started playing that game back in my Freshmen year of high school. I think it’s time to revisit the land of Tyria actually.

Anyways I have 6,000 hours in this game. That’s 250 days for those curious. Almost a full year. Back when I was playing I hammered at this game and loved it. It was my escape, especially during high school.  I could log on and play with my friends and ignore the real world all the bullies and naysayers. In Guild Wars I was Zelda Sheek Slayer of the Lich, Destroyer of Shiro, Conqueror of Abaddon, Delayer of the Elder Dragons! And that was just one of my names.

I haven’t really touched Guild Wars in about 3 years now. I’ve gotten on occasionally but not for long periods of time. Mainly because when you have 6,000 hours, you burn yourself out. You need a break. I think that break is nearing it’s end and it worries me. While I love this game with how much I’ve spent on it, I’m worried how much I’ll forget my real life goals and ambitions. But this time I know I have somebody that will thankfully pull me away if it is too much.

But what does this have to do with community? Everything. I was an officer in a guild called League of Commanders. Some of you Guild Wars players may have heard of it others not. We were big, but not huge.  We were, however, big enough to conquer parts of the Jade Sea. Never Cavalon but we managed to conquer a few areas with our alliance that required a lot of grinding. In order to conquer and area you had to do alliance battles or certain other ways that let you donate alliance points and be part of a faction. The faction with the most alliance points controlled the area.

I remember doing dungeons with Doucet and his girlfriend at the time. I remember all the grinding we did together for gold, items, titles, you name it we did it. We were a close knit team. I would get on Ventrillo and talk with them for hours on end just shooting the breeze. It feels like a lifetime ago, even longer than Project Mayhem since this was going into my Junior year of high school. Maybe a little bit earlier. But we were a family, and it pains me a little to say I’ve fallen away from them. Some drama happened and it killed the guild. I won’t get into out of respect for those that it happened to but it makes me sad that it died.

My best memories with that guild though are probably Ursanway. Doucet introduced me to it and told me it was the easiest way to make money. He was right; it was smash head on keyboard and win (unless you were the monk, they had a harder job) but it did require a little bit of grinding. See Ursanway depended on Ursan Form, Ursan Form depend upon your Norn ranking. Highest ranking best stats, so you had to max that first (along with Lightbringer since the best farm had enemies that with the Lightbringer title you did more damage to and took less damage from) before most people would take you.

I think I only got away with that farm for a little more than a month after I discovered it. ArenaNet did not predict how much it would royally screw up the economy and just how broken that skill was at it’s initial release. I think I got 500k during that time. Others got more, but I had work to handle as well during that time so I couldn’t farm as much as everyone else. Those that remember it in Guild Wars 2 remember that time.

Everyone was making money then, thankfully the market did eventually fix itself and get back to normal. But during that time,we were kings. We ran Domain of Anguish, one of the if not the hardest dungeon in the game and could do it in two hours. If you got lucky you got enough gemstones for an Armbrace of Truth, but most of the time it took a few runs.

There is one thing that I am thankful for from Guild Wars 2. That is the brony guild I got into. It made me much more involved with My Little Pony which I love and adore now. It also got me to start writing my original character’s back story, which I still need to complete, but I’m writing a chapter around Zecora and rhyming is pretty hard for me so it’s discouraged me for a long time.  I’m a little ashamed of how long its taking me but I hope to one day finish it.  Sadly, as is the nature of things, this guild died too. 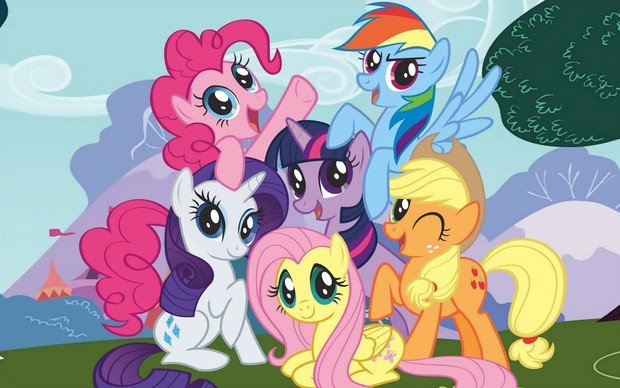 And with that as stated earlier I’m here with the Destructoid community. I comment with you guys, exchange thoughts with you, hell Nekrosys and I even have a running gag now about that post apocalyptic harem of his! There’s Hoffman, Dreamweaver, Gajknight, Occams, Luna Sy, Scept, Pixie, Shade, Kodu, sonic429, Fenrif, LuckRequired, Holmes, Steven Hansen and so many more. I love all of you (even those I didn’t list, there’s a lot of people) and I’m secretly scared that this community will die because of my past experiences but I really hope it doesn’t. I know it seems a bit silly since this is a game website as opposed to a guild but it worries me a bit. I like all of you and don’t want to see you guys go.

And that’s why everyone in the community here, everyone I’ve ever been a part of any previous community, and any community going forward is a gift to me. You all mean so much to me and make me smile and happy. Thank you. All of you.