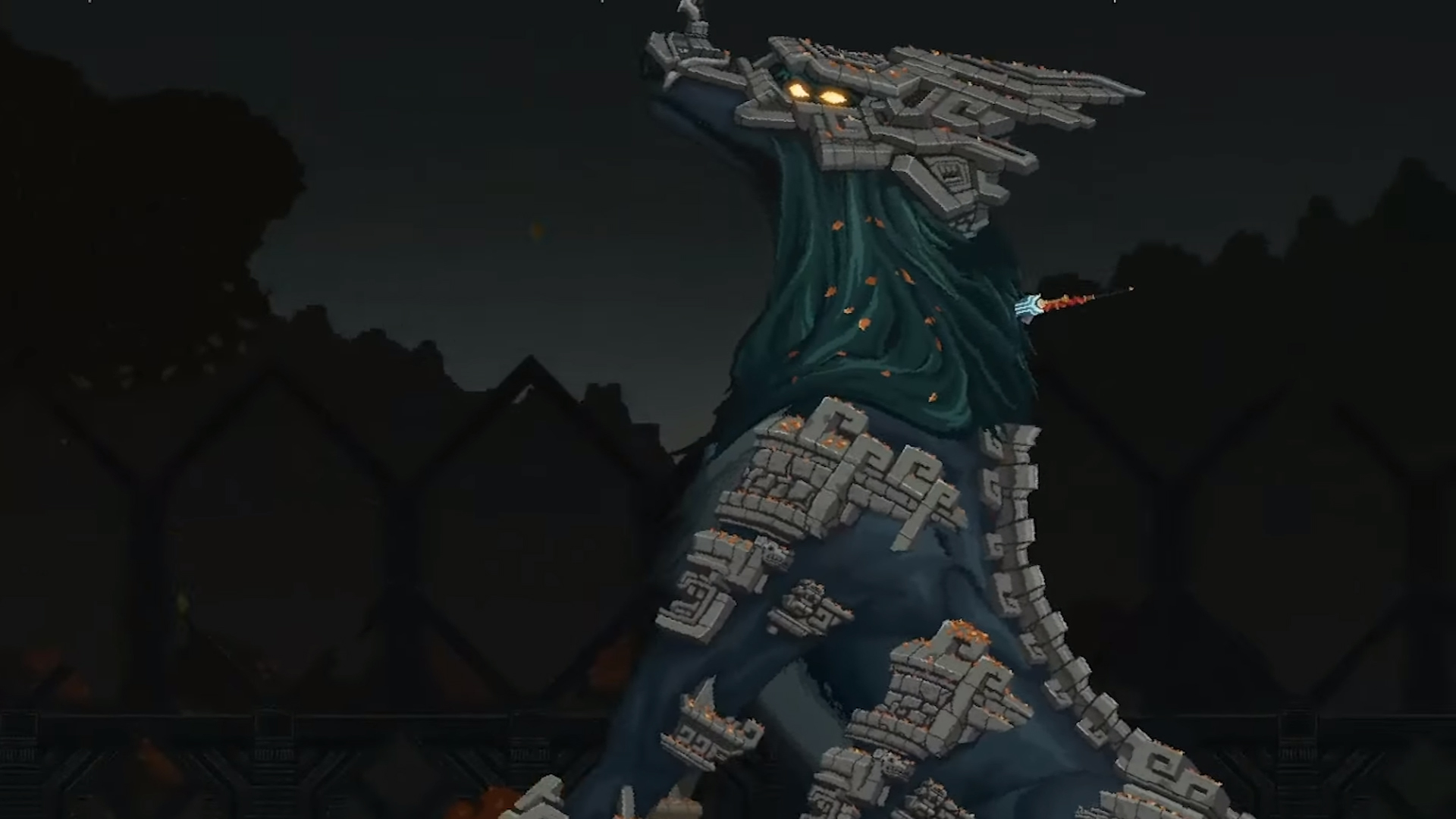 Looks hard, like I am after watching this trailer

Remember Death’s Gambit? I didn’t, but apparently I posted its reveal trailer early last year. Now we are getting a peek at some of the massive bosses we’ll have to kill as Death’s agent. Boss fights look a bit Dark Souls-like as they seem to require blocking with precise timing of attacks.

To quote the late, great Paris Hilton, “That’s hot.” May she rest in peace.

No release date just yet, but the game’s Steam page lists 2017, while this trailer gives the generic “coming soon.” Currently, Death’s Gambit is only confirmed for PC and PlayStation 4.