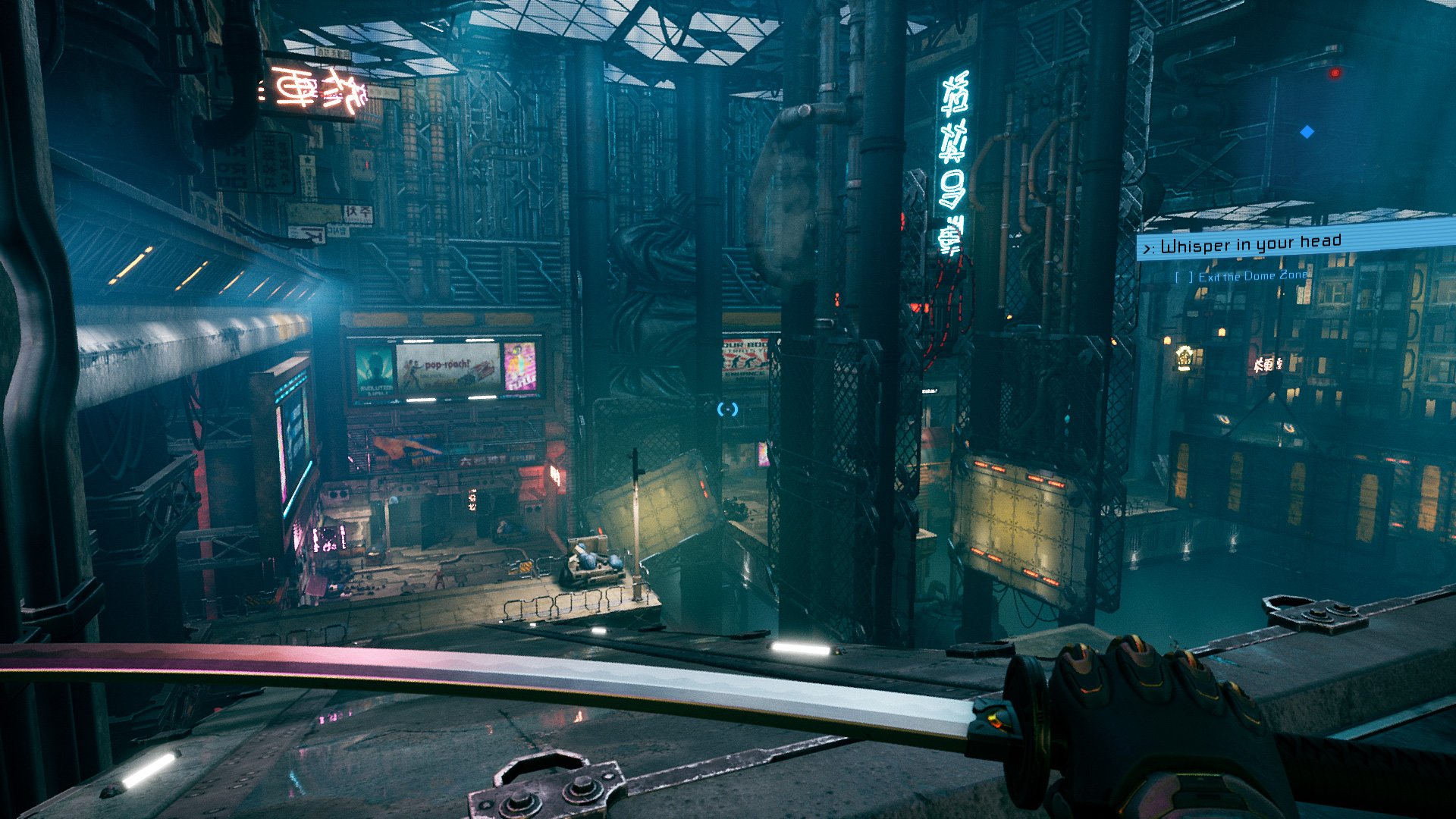 A ten-minute dose of cyber-ninja action

The wall-running, mid-air-dodging, cyber-ninja parkour demo for Ghostrunner won’t stick around forever – it’s only playable on Steam until May 13, 2020 – so when you get a chance, play it.

I can’t remember the last time a demo sold me so quickly on a game.

This afternoon, I went from learning Ghostrunner even exists (3D Realms, Slipgate, and One More Level all have a hand in it) to watching the cinematic trailer (I’ve been in a cyberpunk mood lately) to having a blast with the demo (it feels great and there’s a grappling hook) to wanting to play the full thing.

I’m not sure how one-hit kills will pan out in the final build, but in the demo, I think they hit their mark. They keep you feeling agile but not overconfident. If you mess up, restarts are near-instantaneous. The checkpoints are plotted in such a way that you’ll usually have to pull off a string of kills. I actually relished the opportunity – a clear sign to me that the basic movement and level design are on-point.

Even if many of these first-person parkour mechanics have been done before, wall running, sliding to gain speed, and mid-air dashing (combined with the ability to slow-mo dodge horizontally before completing your lunge) felt nimble and satisfying. That’s pretty much all I want out of a game like this.

If the story can go to interesting places – the last remnants of humanity are stuck on a futuristic tower-city, and in the demo, you’re racing to release a prisoner, Whisper, from their cell – then that’s just a bonus. I’m here for relentless cybernetic ninja action, and so is Brett. As a judge for the Digital Dragons Indie Celebration, he selected Ghostrunner as one of the top performers this year. I totally agree.

The demo is PC-only, but Ghostrunner is also coming to PlayStation 4 and Xbox One in 2020.