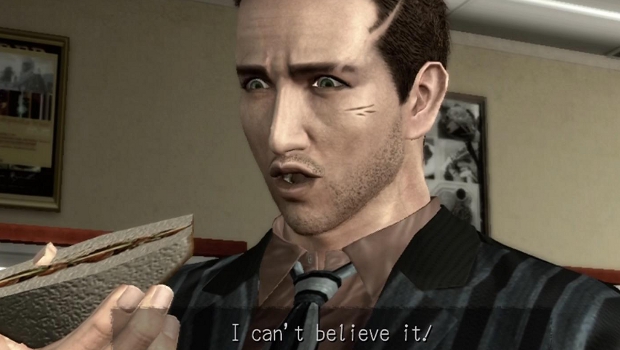 Did you hear that, Zach?

So guys, I am sure you have heard of the Gentlemen’s Club, right? It’s the weekly show Spencer Hayes and I host where we hang out with you guys and play all sorts of games and try to focus on when local multiplayer was the only way to play with your friends. Well tonight we have a special show lined up for you! Being that Deadly Premonition: Director’s Cut‘s Steam release is RIGHT AROUND THE CORNER we are going to celebrate the only way we know how!

We will be playing the recently released “Ultimate Edition” on PlayStation 3. All while giving out codes for it! On top of that we also have a few codes for the Field Ops Suit which gives increased HP as well as 3x the normal attack power while you wear it!

So stop on by tonight at 8:00pm Pacific / 11:00pm Eastern right after Mash Tactics is over and hang out with Spencer and I as we play one of my favorite games of all time and we all get excited for Deadly Premonition finally being released on PC!

Let’s try one of these question things — what do you guys think is the most underrated game you have EVER played? One that you loved so much you feel everyone should give it a try. TELL ME IN THE COMMENTS!