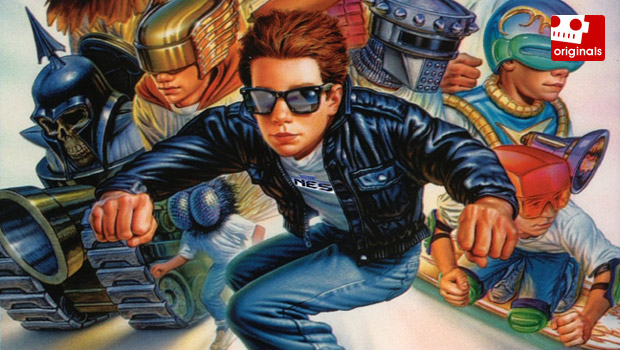 If you ask me, the idea that the Xbox 360 and PlayStation 3 are engaged in any kind of serious “console war” is a big, steaming load. Their respective software libraries overlap so much that individual platform preference likely boils down to a comparison of features that aren’t directly game-related. Most third-party developers treat the two machines as one anyway, so where’s the competition?

The last time we had two consoles on such equal footing was during the early ’90s, with the Sega Genesis and the Super Nintendo. More so than the current generation, these machines were chiefly defined by their exclusives; for that reason, the competitive spirit was more pronounced and, frankly, justified. Back then, there was no room for any kind of “We Are the World,” “Kumbaya” bullsh*t. You picked a camp and stuck by it, even as the tears of regret streamed down your face.

I had a choice to make, and I went with the Genesis. If I could reverse my decisions, would I have? Honestly, I doubt it. I think that the limited time I did spend with the SNES — as the Genesis Kid making sporadic expeditions through an alternate gaming paradigm — allowed me to appreciate the system more than I would have otherwise. 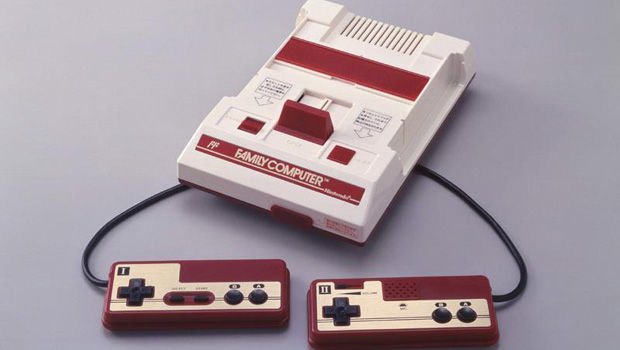 To clarify, I had no beef whatsoever with the Super Nintendo during my youth. Prior to its release, I was a perfect little Nintendo foot soldier — I had my Japanese Famicom, a Game Boy, several Super Mario Bros. Super Show VHS tapes, and a subscription to Nintendo Power. I was more than ready to upgrade to the next generation of Nintendo home entertainment.

Then my Hispanic heritage kicked in.

Perhaps this is purely anecdotal, but have you ever noticed that Latin-American gaming trends are the polar opposite of those in the States? Latinos loved the Master System and were therefore more inclined to advance along the family line. Latinos also prefer The King of Fighters to Street Fighter and Pump It Up to Dance Dance Revolution. I don’t know why! They just do!

Anyway, during a trip to Puerto Rico to visit family, my cousins led me over to their new Sega Genesis. I had occasionally seen some commercials about a speedy blue rodent with “attitude,” but I didn’t think much of them. All of a sudden, here I was in a darkened room under the glow of the television screen, watching my cousins race around colorful zones as that very same critter. At the end of the third act, we would defeat “The Monster” — no one bothered to read the manual, okay? — and save Sonic’s woodland pals.

Guess what I wanted for my next birthday? 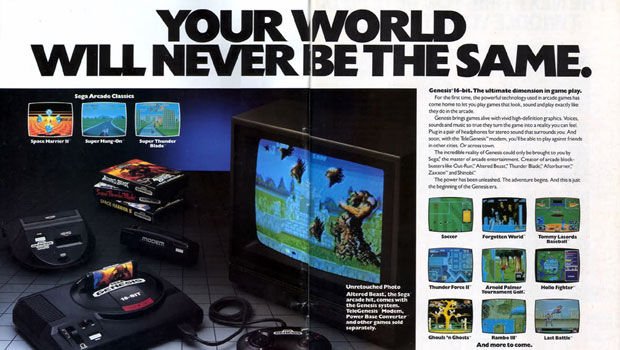 Back home, I soon discovered that I stood alone among my circle of friends regarding my console selection. In addition, I now had a subscription to a magazine that advertised new games I couldn’t play. I wasn’t about to get new friends, nor had I any interest in lesser periodicals like “LamePro,” so I became isolated in my own little gaming sphere.

Being the greedy little brat I was, I would frequently suggest to my parents that they gift me an SNES to supplement my Genesis. Yeah, that wasn’t happening. This was the ’90s, guys! Unless your family had cash oozing from the floorboards, you weren’t getting more than one next-generation console. That would be like an average family in the ’50s owning more than one TV set!

I wasn’t too worked up, though. I had Sonic, Alien Storm, Castle of Illusion, and other fantastic games to keep me company. Every few weekends, I’d head down to Blockbuster Video for a game rental; because I couldn’t keep myself abreast of the latest Sega releases as I could Nintendo, I made plenty of shot-in-the-dark selections with often positive results. Plus, since I was the only kid around rockin’ the Genesis, I was feeling pretty damn special.

Still, I knew I was missing out on something substantial. Because the legacy of the SNES is more prominent than that of the Genesis, it’s easy to forget that two were on relatively equal footing. Outside of Japan, sales of both devices were neck-and-neck in every region, and in the US, Genesis software regularly dominated the monthly sales charts. Despite this balance, it’s the higher-profile game library of the SNES that is more fondly remembered today. 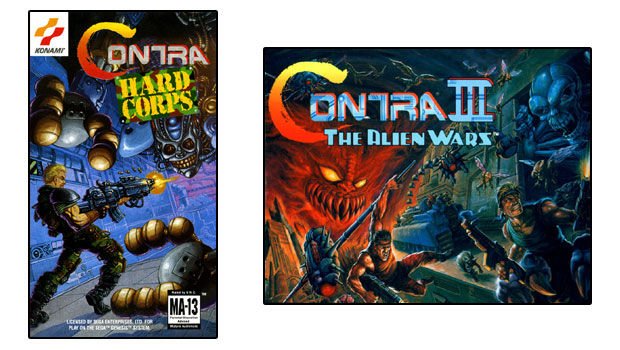 Why was the SNES getting all the sequels to these great franchises while the Genesis was stuck with the spin-offs? Contra: Hard Corps is probably my favorite game in the series, but everyone else only gushes about Contra III. Similarly, what about The Hyperstone Heist versus Turtles in Time? And how come the only Mega Man game released for my system was that mysterious compilation that, at the time, I barely heard whispered in the wind?

Whenever I would visit someone’s home and notice an SNES nestled under the TV, it was like finding El Dorado — a mythical wonder that I only knew about from stories. Its colors were more vibrant, its music more melodious than anything I had ever seen or heard. Was I worthy enough to bear witness upon this electronic majesty?

I would only have a couple of hours at most to absorb as much as I could, so I didn’t let that time go to waste. I explored, I experimented, I giggled like a bright-eyed schoolboy (which I was), imprinting these titles on the happiest recesses of my mind. Super Mario World was an adventure without end, featuring so many twists and alternate paths to discover. Joe & Mac was an insane co-op romp through a land of comically rendered dinosaurs. Buster Busts Loose was just as manic and surprising as the Tiny Toons themselves. And F-Zero was… well, fast! 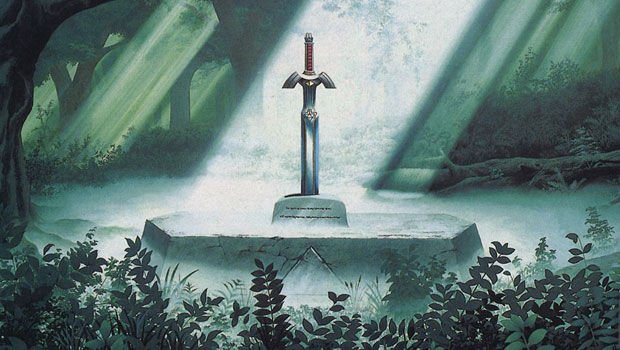 My friends helped me along my digital journey, introducing me to the games I fantasized about but never had an opportunity to experience on my own, but it was through my best friend Kyle that I was able to tangle with the big guns! During class, he would frequently bring up his love for The Legend of Zelda: A Link to the Past. Admittedly, the concept of an open-world adventure with no explicit level structure sounded absolutely boring. I wished he would shut up and let me finish doodling custom Sonic zones on this oversized manila paper!

One Friday, I went to his house for a sleepover, and he promised to demonstrate Zelda for me. Might as well let him get it out of his system, I thought. However, what I saw was unlike anything I had seen before. Here was a grand world filled with cavernous dungeons and tools both whimsical and formidable! His previous words of adulation didn’t even begin to do the game justice!

The only thing that stopped us from playing through the night was Kyle’s mom, but we weren’t about to let her curfew completely curb our emancipation of Hyrule! We set the alarm clock to wake us up at friggin’ 6 AM in order to get in a few solid hours of game time before breakfast For kicks, we even slapped on a Game Genie and ran around Turtle Rock with reckless abandon because we could, dammit!

I never thought to look for any Zelda equivalents on the Genesis because I didn’t think anything else could adequately compare. I hear good things about Landstalker, and maybe I’ll give it a spin some day. I’m not expecting much, though. 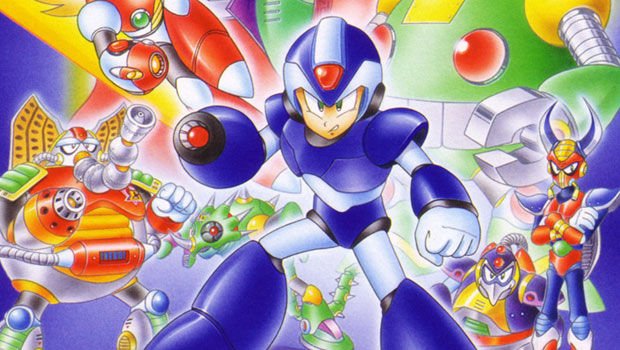 Kyle’s benevolence didn’t end there — a subsequent sleepover would feature Mega Man X as the centerpiece. I read about this one! You fight animal robots, right? What’s this? An introductory stage before you even choose which boss to fight? A villain you have no choice but to lose against? And that music!? You let me down again, Sega Genesis!

Perhaps it’s the cliche that the grass is always greener on the other side, but I had different expectations when it came to Genesis and SNES software, always in favor of the latter. Donkey Kong Country looked so real, man! What was the Sega equivalent? Uh… Vectorman, I guess? It was one of the most impressive graphical showcases on the Genesis, sure, but I still felt a little foolish in that judgment once I sampled the plight of the Kongs firsthand.

Well into the PlayStation era, my brother received a SNES of his own, but it was too late by then. Toys “R” Us and Blockbuster were barely stocking those carts anymore, save for whatever could be scavenged out of the bargain bin. It was the only major Nintendo hardware that I didn’t own during its height, and from the looks of it, I missed out on Nintendo’s finest hour. But do I regret my choices? Nah.

I keep thinking that the biggest reason for my SNES fascination was precisely because I only got to play it so rarely. Had the situation been reversed, it might have been the Genesis upon which I gazed with the same wide-eyed wonder. Regardless, this particular arrangement ensured that those brief sessions with the SNES would be all the more valuable. I think I can live with that.

So from the Genesis Kid, here’s to you, Super Nintendo! Our moments together may have been fleeting, but those moments will forever shine brightest!