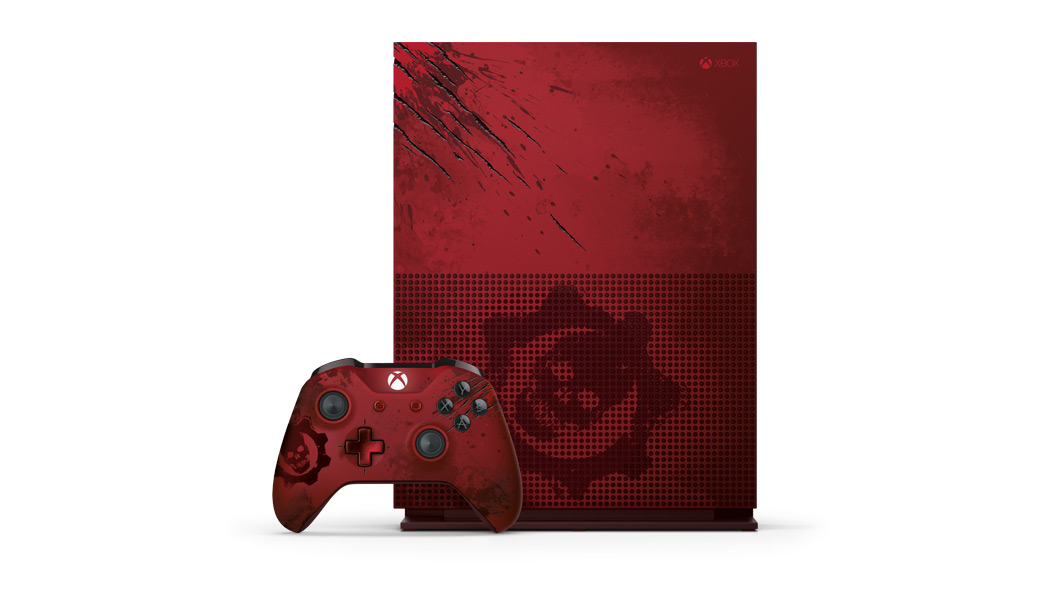 And not quite as annoying as it seems

I wasn’t tasked with designing the machine, but I’m hard-pressed to think of a look for a Gears of War Xbox One S that better fits the franchise. This thing is unapologetically brash, ostentatious, and indiscreet — all words that perfectly sum up Microsoft’s other flagship shooter.

So, what we have is a crimson console with a Gears of War trademark crimson omen and a flurry of claw marks. (We had an in-depth conversation about whether these were supposed to represent chainsaw cuts or claw marks. A post on Xbox Wire calls them “laser-etched scratches.” Our forensics team came to the conclusion that you probably couldn’t cut like this with a chainsaw, so we’re assuming the Gears of War 4 Swarm got a hold of this.) 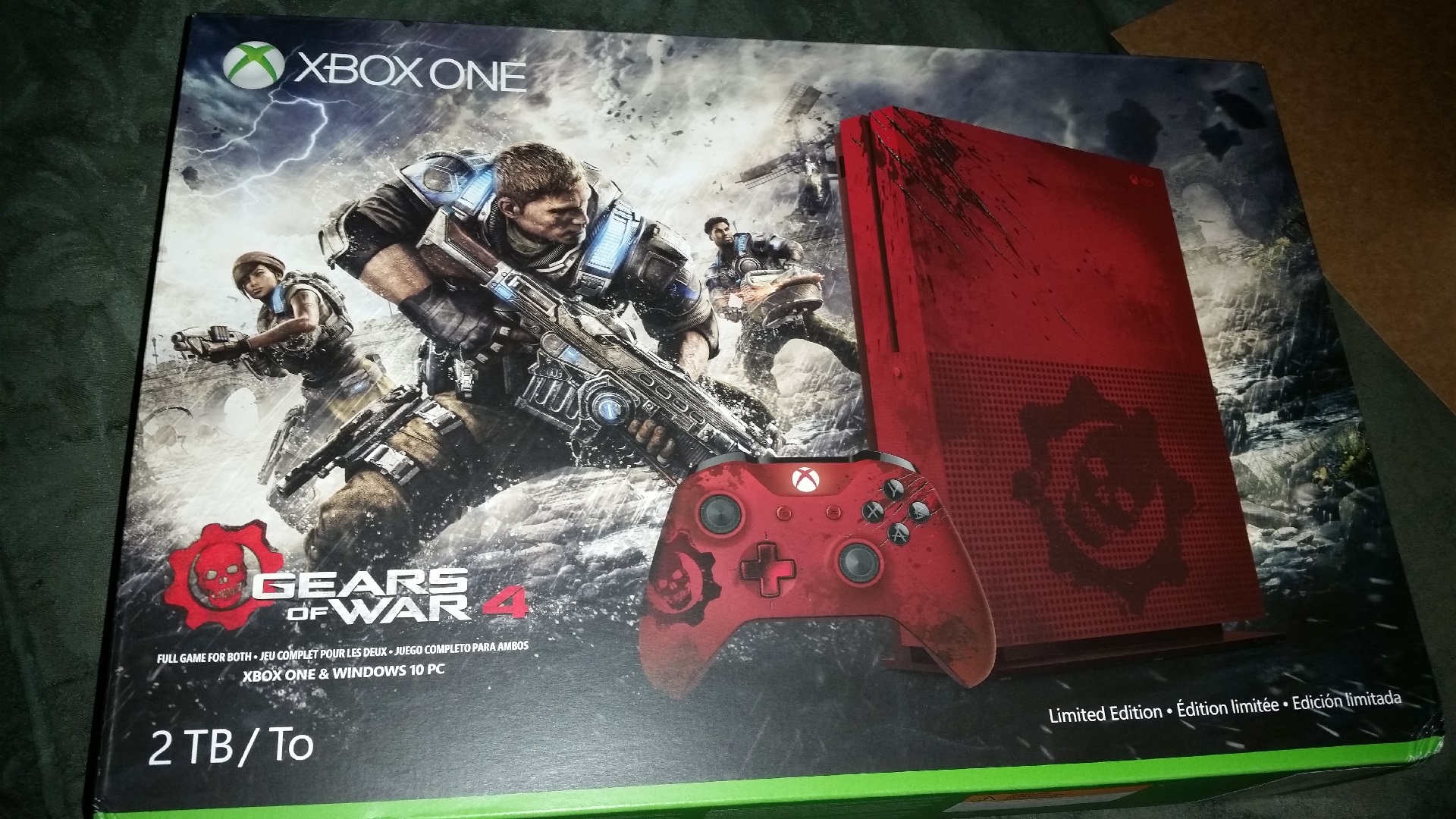 The aesthetic is jarring at first. This is an Xbox that seems better suited in a dorm room than in a middle-class family’s living room. Right out of the box, you’d think this gaudy tribute to Gears of War would distract and stand out in any well-put-together home.

In practice, I’m finding that’s not quite true. Seated next to my PlayStation 4 (and supplanting my original Xbox One), it almost blends in. The top of the console is tough to see from most angles, so I’m left with a dark-colored box next to a black PS4. It’s not the same degree of tech camouflage as before, but it’s surprisingly close — especially considering that this was created to look like a monster had clawed it to hell.

Chris already detailed all the advantages of the Xbox One S when it debuted in August. I won’t exhaustively go over them again; that’s what his review’s for. But, as someone who plays his Xbox One the most of all current consoles, a few upgrades stick out as things that are worth mentioning. 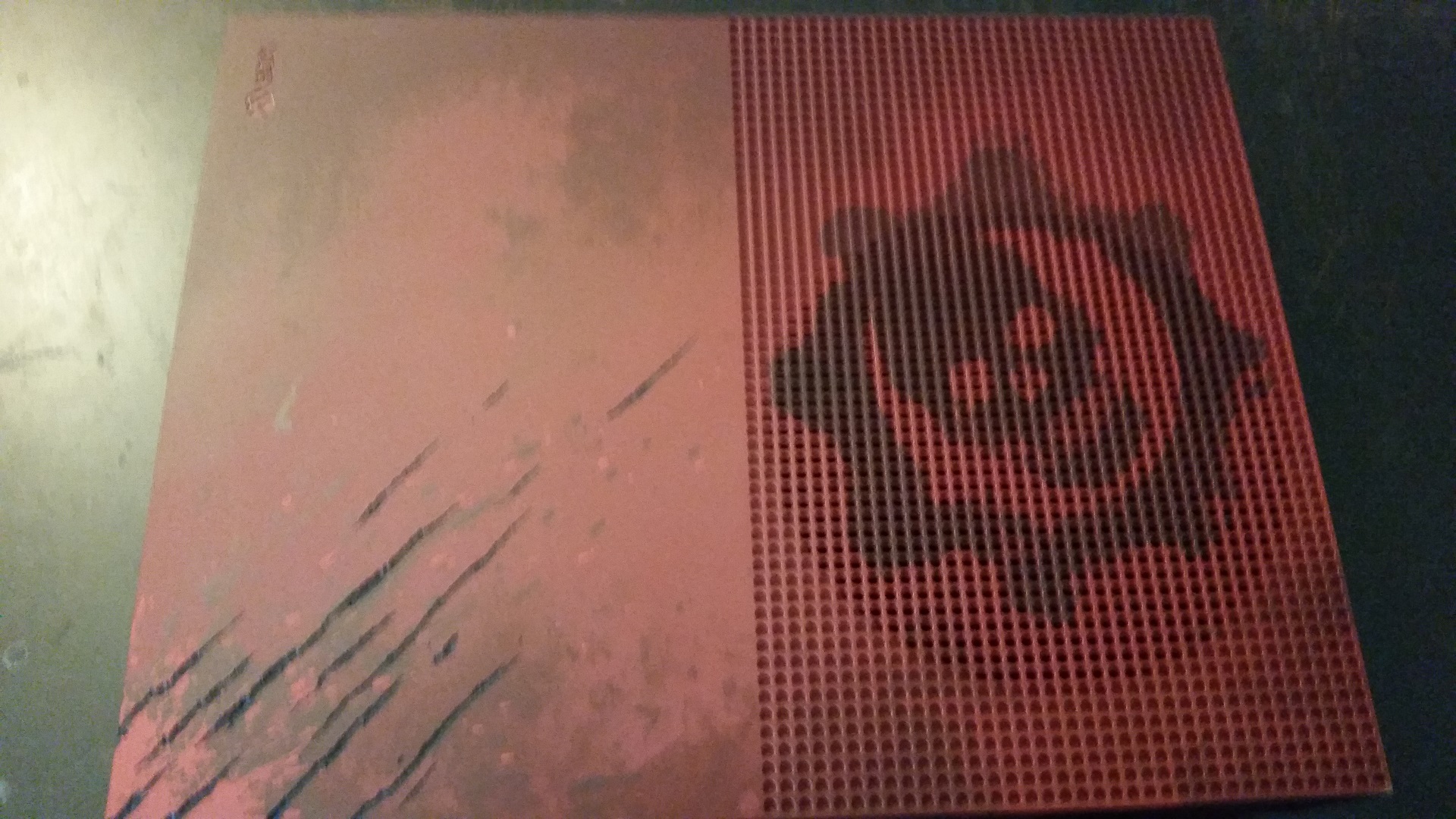 First and foremost, I’m in love with the size of the Xbox One S. The smaller profile means that it not longer dwarfs my PS4. It brings a sense of equilibrium underneath my television. Also, the internal power supply cuts down on clutter behind my entertainment center, and that’s always welcomed with open arms.

Another sought-after feature is the included 2TB hard drive. The original Xbox One had 500GB and it wasn’t long before I had to buy a 2TB external hard drive to cope. Now I have 4TB. That’s probably overkill, but the nature of this job is that I end up with a lot of games that take up a lot of space. New buyers should be set for quite a while if they start with 2TB.

Lastly, the USB slot and the controller sync button on the front of the console seem like design improvements. They used to be on the side, and that meant lots of awkward and blind reaching. I don’t know how often I’ll use them, but the experience will surely be better every time I do. 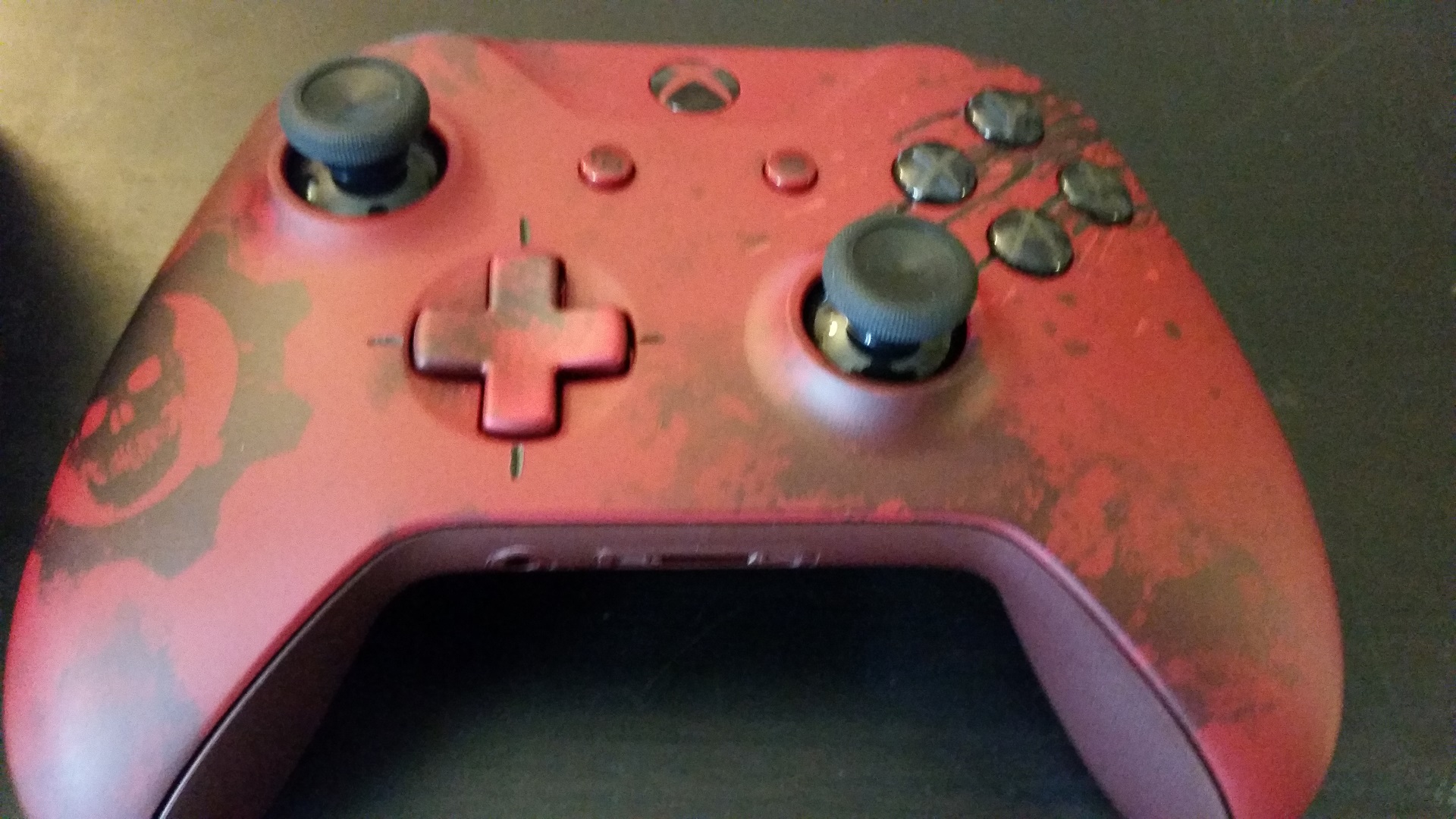 This is the first custom-designed Xbox One S bundle and it’s clear who it’s for. This is the most Gears of War that a Gears of War console could get. It also comes with a themed controller and the Ultimate Edition copy of the game (the version that includes the season pass).

All that retails for $450. It’s certainly not a bad deal considering that the vanilla Xbox One S runs $400. This throws in the $100 version of a game and the special design for a net $50.

It’s also not an essential deal. What’s that aforesaid $100 edition of Gears 4 and a Gears design worth to you? If you’re a prospective buyer looking to get in on the Xbox ecosystem, is it worth that extra $50? That doesn’t sound so bad. But, if you’re already an owner, is it worth $450? ‘Cause that machine you already have will run Gears and all other Xbox games just fine.

In his review, Chris described the Xbox One S as a bonus. The Gears of War 4 Xbox One S is like a bonus of a bonus. It’s far from the cheapest or only way to get into the Xbox market. But, it’s a decent option for newcomers and mega fans. More importantly though, it’s a good first look for these customized consoles — one that’s a proper homage to its source material.