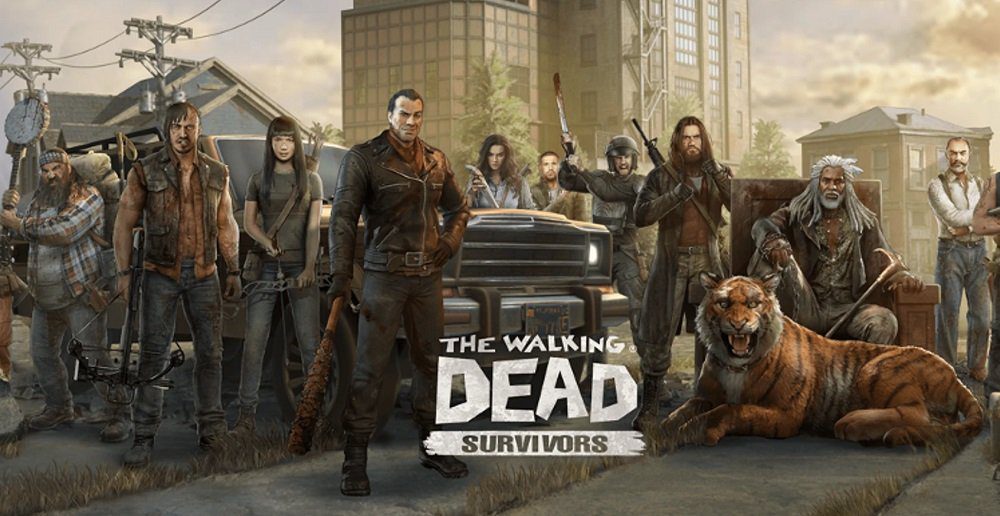 Yo, that one dude has a tiger?!

Phenomenally popular franchise The Walking Dead is making another foray into the world of video games. Coming to iOS and Android devices on April 12, The Walking Dead: Survivors sees an all-star cast of monster mashers reunite for more bloody, siege-management action.

A collaboration of Elex and Skybound Entertainment, TWD: Survivors is a free-to-play game that will see players build a custom team taken from 80+ famous faces from the Image Comics series and its TV adaptation. Set your squad to fortifying your territory against waves of Walkers, as well as vicious attacks from clans of other players. Keep your team alive and your walls standing while managing your resources and increasing growth across the region. Team with other players to solidify your presence, lead attacks against other clans, and maybe you and yours will live to see tomorrow.

Your team of chosen survivors will be key to effective base management. While some characters are betting at fighting off humans and Walkers, others will build and repair fortifications faster, or use resources at a decelerated rate. A balanced team will ensure your homestead remains secure, lest you and your buddies end up joining the Walkers themselves.

The Walking Dead was always prime for video game exploitation. But for every Telltale’s The Walking Dead, there’s been an Overkill’s The Walking Dead. Conceptually, The Walking Dead: Survivors sounds like an engaging, zombie-smashing take on typical mobile strategy titles. And with a huge 1.5 million pre-registrations lined up ahead of launch, the market is clearly there for more TWD-related gaming. But it’s definitely going to take solid mechanics, unique features, and a generous delivery system if Survivors is to stand out in an overcrowded horde.