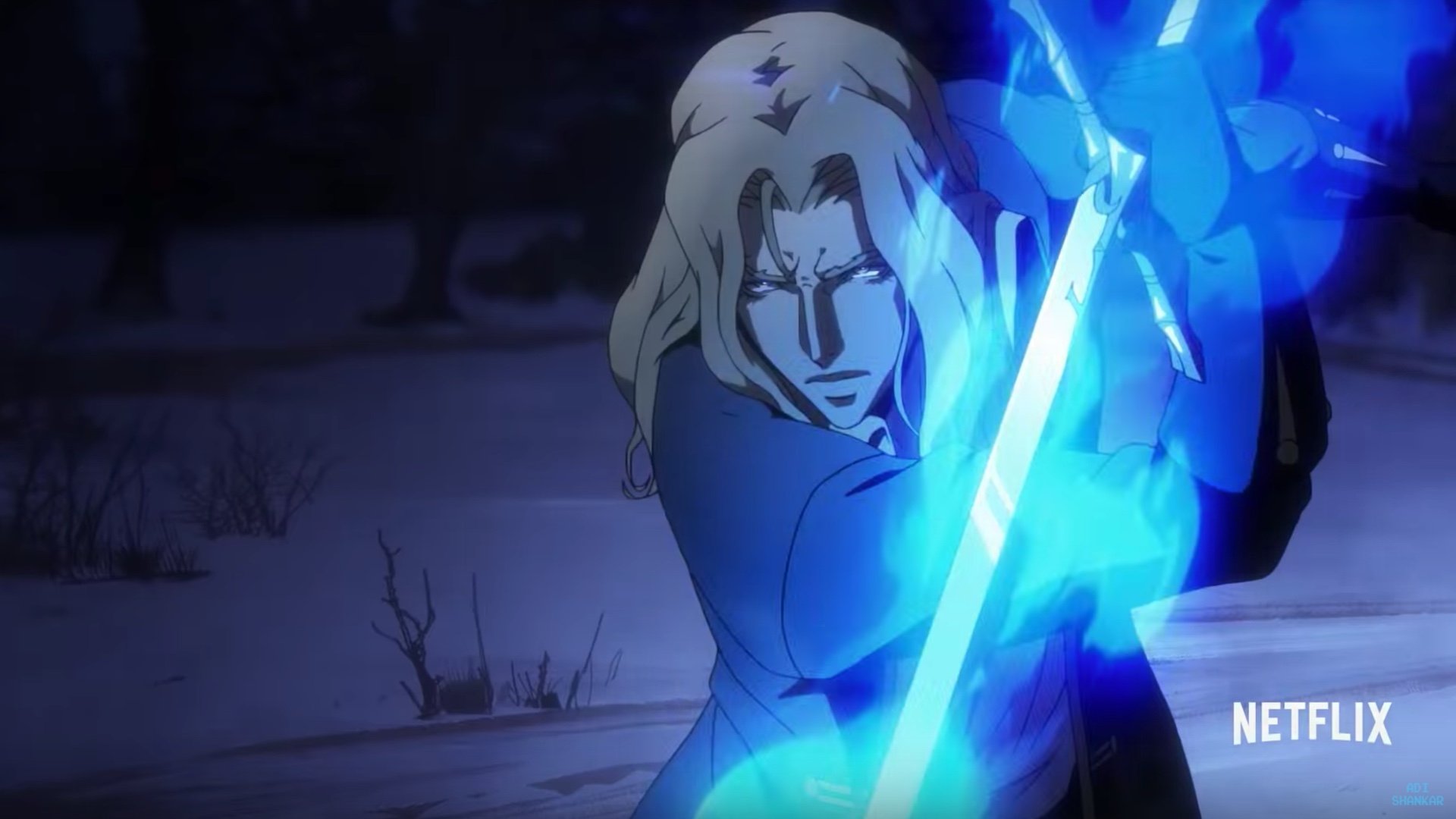 Except for Grant. Where’s Grant at?

When it was announced that Netflix was producing a Castlevania series, I was cautiously optimistic about it. I love the series to the bottom of my heart, my personal favorite entries are Symphony of the Night, Harmony of Dissonance, and Rondo of Blood, and Netflix has had a pretty good track record when it came to animation. When the first season dropped, I enjoyed it quite a bit, even though there were just a meager four episodes to watch. With season two on the horizon, consisting of eight episodes this time, Netflix and executive producer Adi Shankar just released the first trailer for the upcoming season.

With the tagline of “It takes a monster to fight a monster,” it looks like this season may focus more on Alucard and his fight against his dear old dad. Trevor and Sypha are still tagging along for the ride, showing off plenty of action, blood, and guts as they kill Drac’s goons. We also get a brief glimpse at Dracula’s generals, who I hope are classic Castlevania baddies in human form, eager to transform into monsters to slaughter the Transylvanian countryside. I only just hope that Grant Denasty shows up with his wall climbing skills to help save the day.

The second season of Castlevania will drop on October 26th exclusively on Netflix. If you want to catch the first season beforehand, you can either stream it now or wait for Viz Media’s physical release, though no release date for that version has been announced.