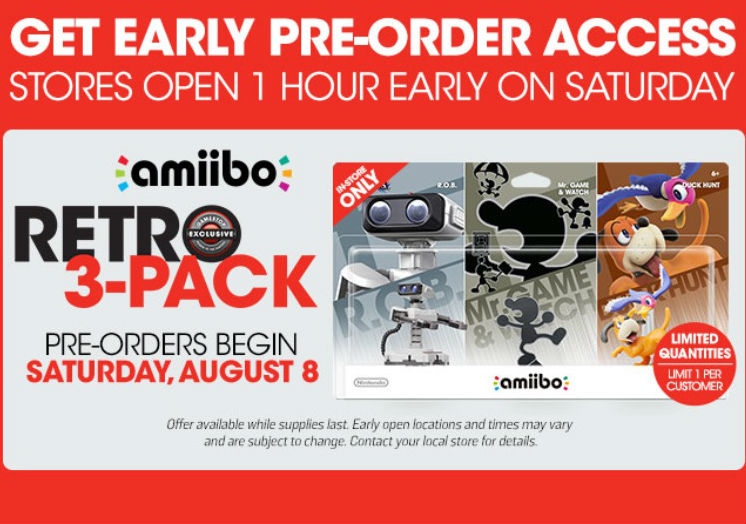 While rumors and pamphlets have been circulating for an amiibo event on Saturday, now we have official confirmation by way of GameStop’s mobile app (above). There’s nothing up on the main site now but I expect there will be a full announcement soon. In short, stores will open one hour early on Saturday, at which point folks will have a chance to pre-order one “Retro 3-pack,” which consists of R.O.B., Game & Watch, and Duck Hunt.

It doesn’t seem like you need a Pro membership as rumors suggested, but rumblings are suggesting that some stores may require you to sign up at the time of purchase if you don’t have one — so budget accordingly just in case. These amiibo will only be sold in this three pack, and it looks like they’ll be rather hard to find if you don’t get them at GameStop this weekend.

Another week, another bullshit amiibo sales tactic. Not only is the 3-pack not broken up, but it’s now a nominal exclusive.