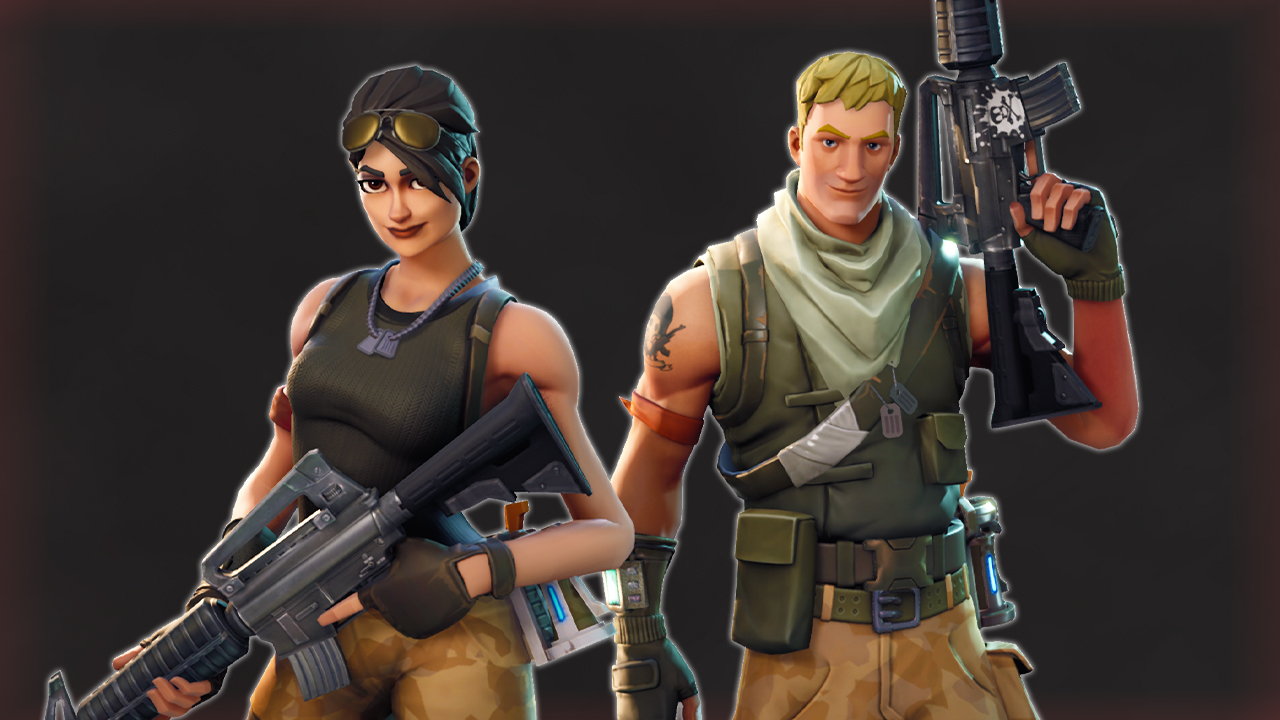 Fortnite is a latecomer to this decade, only really breaking out in the halcyon days of last year once it became clear that Epic had something lasting on its hands, and not another also-ran riding PUBG‘s coattails.

Looking back, it feels downright weird to remember the skepticism that greeted what would become the (current) biggest game in the world. It made sense at the time. In light of the lackluster reception for the original incarnation of Fortnite, now known as its Save The World mode, Fortnite‘s sudden growth into the burgeoning battle royale space felt like a grab of desperation — a Hail Mary by Epic to save a lukewarm tech demo by messing around in the space carved out by PUBG and the ArmA mods that spawned it.

And here it is now. On your PC. On every major console. On your phone. And more than likely, on some current or future streaming service near you.

It’s worth pointing out that Fortnite was hardly the first to come to market with many of its ideas. Then again, if the gaming industry has any lessons to teach, it’s that originality isn’t a prerequisite for success. Not even Minecraft, another game in this feature series, can lay claim to having birthed its core concept.

What Epic did do with Fortnite was kick the doors wide open, practically everywhere it went. The mode we now know as Save the World had been in the works since 2011, switching Unreal Engine versions and art styles and still landing with something of a dull thud in 2017. Already feeling old before its time, the zeitgeist had moved on from horde modes and base-building to battle royale games like PUBG and its growing stable of imitators. Epic noticed it could get in on the action, and turned its considerable resources towards that end.

Besides managing to catch a wave at its crest, Fortnite Battle Royale contained a deciding factor Epic would use to make its game huge beyond recognition: speed, though not so much in the game itself as in hitting the ground running. Battle Royale was reportedly cobbled together in a matter of weeks, and its combination of an approachable, cartoony aesthetic with considerably more forgiving core play and most importantly, a zero-cost barrier to entry, proved to be the magic trick that juiced rapid growth. It also helped that the game’s building mechanics, at the time sloppily held over from Save the World, ended up setting Fortnite apart from the growing crowd of also-rans. Matches twisted on more than a player’s skill with shooting. Securing that Victory Royale hinged on their ability to build complex structures under pressure, constantly adapting to differences in height and opponents that could construct their own cover on the fly. Eventually, building skills like that would give rise to the game’s own Creative mode, connecting Fortnite back to its Minecraft inspirations and opening even more space in the game proper for play that doesn’t involve combat or competition.

Before long Fortnite was seemingly everywhere, its spread aided by viral memes like boyfriends using bush camo to text their girls back and the occasional boost from curious celebrities trying their hand at it. Copyright-skimming dance animations and skins baited players into its rotating item shop, and eventually playing on the generic “default” skins became a sign of either great confidence or, sadly, a way to bully kids that were too poor or new to the game to buy the hot new skin.

And then there was the Battle Pass. Again, Dota 2 pioneered the concept, but Fortnite‘s tying the Battle Pass rewards to both in-game progress and its seasonal content model made for a potent combo. Players could pay their money for a Battle Pass, but only the least sensible whales could afford to buy their way to all the rewards. To not miss out on the season’s offerings, players, particularly lower-skilled ones, had to make Fortnite practically a second job to grind out every bit of value from the pass.

The Battle Pass, the item store, and the seasonal model all added something that many “service games” of an earlier era didn’t have: Impermanence. Where you could eventually experience every bit of World of Warcraft‘s content (bar a Cataclysm or two) if you played for long enough, Fortnite‘s seasons were one and done. Rarely, if ever, did they return. Epic would double down on trying to create “appointment gaming” with more in-game events, from a rift in space that altered the map to a meteor that wiped out a key location to a kaiju battle to a live concert to Thanos and the Avengers, to the end of the world to Star Wars. If you wanted to get the most out of Fortnite, it soon became common knowledge that “you had to be there.” Almost weekly major updates kept people coming back, and weaponized “FOMO” proved as powerful a compulsion to stay engaged as any gambling-like gacha trickery.

The scheme is working, almost terrifyingly well. Almost every game aiming to be a going concern, including my personal “main,” Destiny 2, appears to be employing or about to employ a Battle Pass-like system, either on top of loot boxes or in place of them (a wise tactic considering growing hostility to the loot boxes among lawmakers). Regular updates and seasonal content drops are now an expected part of the offering. One can only hope that future games angling to learn Fortnite‘s lessons won’t resort to the kind of awful crunch development Epic reportedly does to maintain Fortnite‘s blistering pace of updates, though.

Even PUBG, the game Fortnite was widely accused of ripping off, implemented its own “Pass” about 18 months ago. To paraphrase a certain evil space wizard (who may also appear in Fortnite, come to think of it): Now Fortnite is the master. Rather than define the last ten years of games, we may end up remembering it for how it’ll influence the next ten years, for better and worse.