“You can’t have a female character in games”

Remember Me is currently in development under the watchful eye of Capcom, but the story of a woman who can “remix” peoples’ memories had to do a lot of fighting to exist. According to creative director Jean-Max Morris, the industry at large hated the idea of a female protagonist.

“We had some [publishers] that said, ‘Well, we don’t want to publish it because that’s not going to succeed. You can’t have a female character in games. It has to be a male character, simple as that,'” he told Penny Arcade. “We wanted to be able to tease on Nilin’s private life, and that means for instance, at one point, we wanted a scene where she was kissing a guy. We had people tell us, ‘You can’t make a dude like the player kiss another dude in the game, that’s going to feel awkward.’

“I’m like, ‘If you think like that, there’s no way the medium’s going to mature.’ There’s a level of immersion that you need to be at, but it’s not like your sexual orientation is being questioned by playing a game. I don’t know, that’s extremely weird to me.” 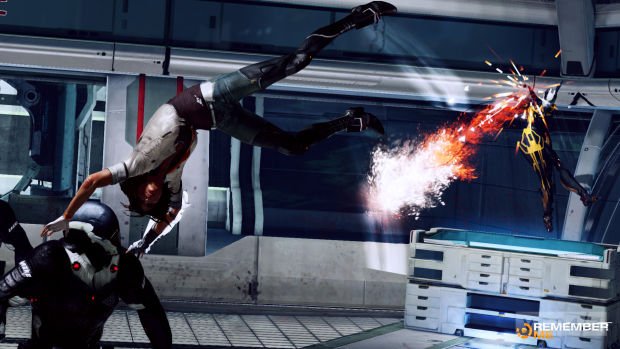 I’ve never really thought about the whole kissing thing, but he’s right. Women are overtly sexualized in many videogames, but they’re rarely allowed to be sexual. Sure, have your female avatar swing massive boobs around in bikini battle armor, but if she dares to show physical interest in somebody? Oh, the scandal!

That, right there, is objectification at work. Having a female character exist for our saucy gratification, but not ever being allowed to reciprocate, initiate or otherwise become an active participant. Outside of games where players can create their own characters, I don’t think I’ve actually seen a playable female protagonist kiss a guy in a game. The closest examples would be Indigo Prophecy and Heavy Rain, both by Quantic Dream. I’ll give them credit there, though if I recall correctly, both those games’ sex scenes had players in control of the male lead at the time, not the female one.

As Morris says, it’s weird. More than that, it’s kind of creepy to me that so few female leads, if any at all, are actually allowed to be in straight relationships, lest it incur the homophobic insecurity of the male audience. This is to say nothing of the base fear of letting a non-sexed-up woman be allowed a leading role in the first place. 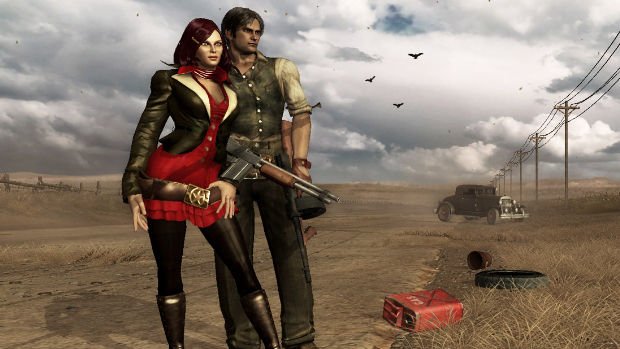 I recall one game that was in development a few years ago. Faith and a .45. It was set to be a cooperative shooter starring a man and a woman — lovers — who would very much be in a “Bonnie & Clyde” style relationship. Aside from working together in combat, the game was going to have a really cool revival system — if one player is downed, the other can kiss him or her to get them back up. I joked at the time about it messing with the minds of homophobes, but it was truly an inspired idea — even outside of any potential statement it could make, it was just a clever new spin on the revival system that worked perfectly in the context of the characters.

Unfortunately, that game never saw the light of day, which is hardly surprising given the climate and the attitudes in the market.

We have some exceptions, of course. Tomb Raider is an obvious example of a successful game with a female lead, but she exists today more thanks to legacy, and one wonders if the more recent Tomb Raider would have gotten anywhere if it were a new IP — something some fans claim it ought to have been. Back when Tomb Raider was a fresh idea, Lara Croft was a massive-breasted sex object. The Lara we have today likely wouldn’t have existed without the Lara back then. 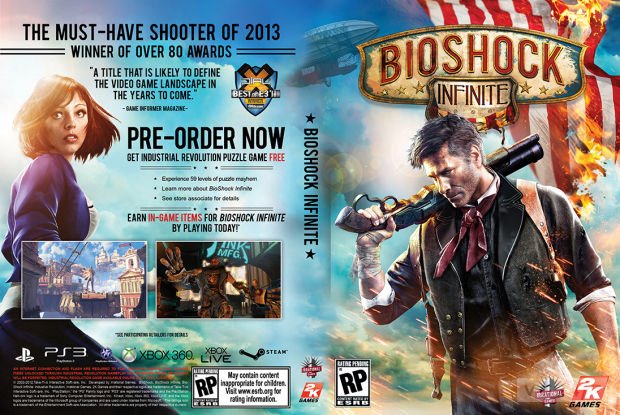 We recently saw BioShock Infinite‘s Elizabeth relegated to the back cover of the game case, for fear that the presence of a woman would turn consumers away. Naughty Dog also recalled a similar situation, where it had to fight to have a girl appear on the cover of The Last of Us. There’s something eminently shuddersome about the message that sends, a message that suggests women have their uses, but are best kept locked away with the rest of the tools until they’re required. It’s the kind of situation that puts an itchy feeling under the skin.

There are some who argue sexism isn’t a problem in the game industry, but I don’t know how a rational person could see this kind of stuff and not admit, even grudgingly, that it exists in abundance. When publishers are trying to eradicate female protagonists or hiding the womenfolk away lest an audience be turned off, there’s some ill sentiment at play. Whether the fault of the industry itself or the audience, there is a fault, and it’s a downright unsettling one at that.

And if you’d be seriously upset by seeing a female lead kiss a guy in a game, you’re emotionally broken.