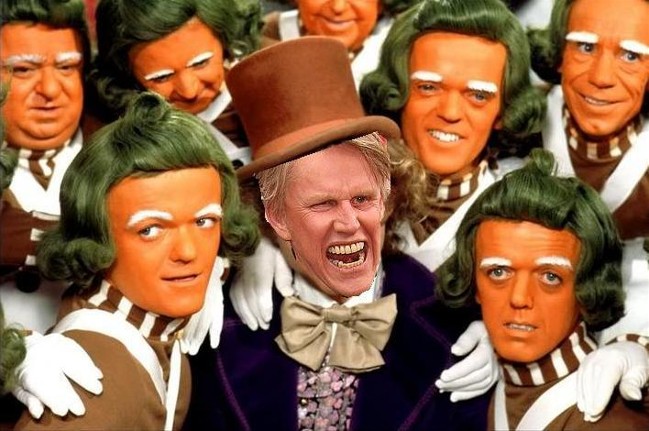 Though the the man (suits/nazis/zombie Jesus) would have you believe that the future of gaming is nested with motion software, 3D gaming and the like, I feel and hope that gaming will focus on the little things. Ironing out the creases that have become common place on the titles that we love, but find lacking.

In many cases when I play a game I ostensibly like, I quickly discover something small, a quirk that either reinforces my current joy or induces a frown of disappointment. To name but a few, I’m talking of poorly designed menus, unnecessary travelling and awful protagonist hairstyles. It’s these small things that tend to have the most profound effect on the gaming experience of a title you currently like, but wish had some subtle changes.

Rather than first focus on the negative, I’ll mention the nice quirk that made me smile and inspired me down this trail of thought. Recently the Star Trek Online beta has been available, it’s a reasonable game so far, perhaps not the MMO we’ve been hoping for, but solid. I’d spent a good hour designing my crew, giving them a unique character and most importantly a fine, unifying uniform.

I got new armour. I needed the armour to survive when on ground missions. However it looked awful and worst of all hid my uniform. I was dismayed, suddenly the game felt less like the Star Trek I knew, as now my away team didn’t look anything like I’d imagined.

Then it happened. I right clicked on my character in the inventory screen and the option to ‘hide gear’ appeared. It was wonderful! I looked like the officer I was meant to be, but still had all the necessary bonuses from my new armour.

It is such a small thing, a simple option. However without it I’d have had my ultimate enjoyment of the game hampered. There are many flaws in STO as a whole, but this small piece of intuition on the part of the developer solidified my overall enjoyment of their title.

These are the things that future should bring to gaming, a refining of what we already have. Think of it as an operating system, or perhaps even a better example; think of this website. It has gone through many changes since it’s inception, the basic premise remaining the same, however more streamlined and efficient with time. The initial idea worked, and then all attention was focused on the various creases. Even now, with the Twitter section and the forum changes, the Web site is being trimmed and adjusted. But not thrown out and redesigned. This is a great thing.

I often find myself annoyed at how developers tend to try and distinguish themselves through gimmicks, neglecting many small, but pervasive, annoyances that diminish gameplay and enjoyment. Often causing me to resent this silly gimmick that they’ve clearly spent too much of their energy upon.

An example of this? Borderlands. Now this is obviously only my humble opinion, and I know many who love everything this game stands for, I however found myself getting annoyed at the multitude of mistakes and flaws. These weren’t conscious developer choices, but rather unintentional neglect, at least as I see it, on their part.

The enemy respawns grated me the most. It wasn’t a big thing, but the timer is set obscenely short. To the point where I would clear out several rooms of a building, backtrack to pick up missed loot, only to find that those in the previous rooms had already respawned. This was a small thing that led to a huge annoyance, and honestly could easily have solved had the developers took some time to consider it. I think a big issue with me in regards to the spawn timer in Borderlands is that respawning creatures in games have been around since the beginning. I had thought that we had perfected this aspect of gaming. With Borderlands, it seems likely that the gimmick (ZOMG guns) led to the neglect with the spawning. This led me to resent the gimmick, I found myself annoyed at all these multitudes of weapons I was getting from the constantly respawning enemies.

Then of course, there’s the ‘little thing’ with the gimmick itself. Most are useless. Junk. Suddenly I realise that though I indeed could have a million combinations, all bar a few are going to be mediocre and only good for vendoring. Again this is just my own, overly negative take on the system and I know many of you who love it, to which I’m glad. However while playing the game I just found myself wondering if the developers, while designing this clearly extremely complex weapon generator, considered the fruits of their labour would turn out to be largely disappointing.

My depressing issues with Borderlands aside, the focus on the smaller elements of the gaming experience, for me, is the future. Though innovation is necessary, developers will hopefully start to realise that it doesn’t necessarily entail that the other aspects need to suffer. I may of course be asking too much, as in most cases the negative little things are due to unintentional neglect. It would be nice to see more thoughtful quirks, like the armour hiding in STO, as that would make our gaming time infinitely less frustrating.